Somalia could soon have its first female candidate for the upcoming presidential elections. She tells DW about her determination to enter the race and her plans to end Somalia's chronic insurgency. 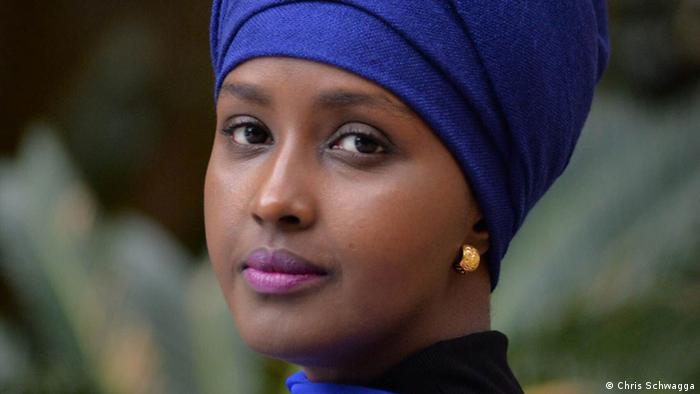 Somali-born Fadumo Dayib has lived as a refugee with her four children in Finland since the early 1990s and worked as a nurse. But now she wants to return to her home country and make history. She wants to become Somalia's first elected female president who would put an end to the al-Shabab insurgency which is tying down 22,000 African Union peacekeepers.

Dayib will have to submit her candidacy to parliament for approval in July and pay a deposit of approximately $20,000 (18,000 euros).

But that would just be the beginning of a most arduous political journey. She has no illusions about the difficulties she faces in trying to realize her ambition to become president, especially as a woman in a traditional male-dominated society.

DW: Why are you motivated to run for the presidency?

Fadumo Dayib: I'm motivated to run for the presidency because I believe it's a moral obligation and a civic duty to us to prevent further bloodshed in Somalia. We have watched on thesidelines for more than 25 years and it is imperative that we step forward and take up this responsibility. The current and previous leaderships have failed us; we must take matters in to our hands and that is why I'm running for presideny because I have capabilities, skills and motivation.

How confident are you in securing support from Somalia, a country that is not so keen on supporting women aiming for higher positions?

This is a global phenomenon. It's not only exclusive to Somalia. This is a male dominated society, but, nonetheless, there is a new generation that believes that gender of the person doesn't matter. What matters is what they can bring on the table, their competencies and their leadership skills rather than their gender. Yes, there is that challenge but we will make sure that is tackled so that women are not kept from running for public office. But I'm very confident of Somalis' support because they have reached a stage whereby they want a peaceful living, a capable leadership in place and their children having access to quality education.

You have received a series of death threats since you made the announcement. What's your reaction to that? 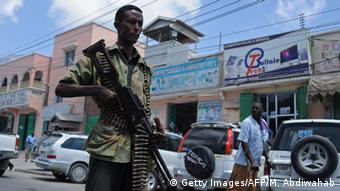 "It's time for [the AU] to empower our national forces," says Dayib

I see this as something very strange but it also means that I must be doing the right thing for people to feel threatened and for them to threaten my life to say that 'we will kill you' if you step forward. They must have acknowledged what I can bring to the country. They see a capable leadership in me, a visionary leader, a servant leader. This is not what they have been used to and it scares them because the moment I come into office they know that their existence will be threatened.

The European Union (EU) is planning to pull back some of its support for the government. What do you think of this decision?

I think this decision probably comes because of increase of terror and violence in Somalia. The EU is looking at what it has been paying and the results that it is receiving. I think there is a valid reason for them to cut funding and I would advise the African Union (AU) to really revisit their strategy in Somalia. It's time for them to empower our national armed forces, to strengthen our security sector so that we can take the lead and so that way the resistance will be lessened.

Let's say that your dream to be president becomes true this year, what will you do first to turn around the security situation in the country?

If we are going to elect a new leadership this year using the 4.5 tribal power sharing system [the top clan leaders elect a president] then I'm not going to give it legitimacy by running for presidency. This is because it is a system that segregates the majority of Somalis. This is the system that is actually causing insecurity in Somalia. It is feeding terror inside the country. Whoever becomes president in Somalia through the 4.5 clan system is a highly incompetent and corrupt person. It's a person who has paid his way to get there. 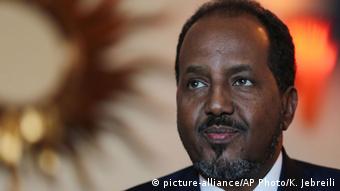 As to the issue of tackling insecurity in Somalia; if I'm elected, the first thing I will do is to invite them [al-Shabab] to the table. This strategy of fighting them hasn't worked in Somalia because they address social and economic issues. They [al-Shabab] talk about the lack of quality education, the corrupt leadership; they do things that majority of Somalis would like to see addressed and which they feel helpless to do.

You sound like a courageous and brave woman; who inspires you?

I have been always inspired by my mother. I am where I am today because of her even though she died in 1995. She continues to inspire me although she has been dead for quite sometime.

Fadumo Dayib plans to run as a candidate in the Somali presidential election in August 2016.

Somali and African Union troops have reportedly recaptured Marka after losing control of the key city to al-Shabab militants the previous day. The group briefly instated Sharia law before retreating. (06.02.2016)

Controversy over Iran component of US visa changes

The US has implemented a visa policy affecting EU citizens who hold dual nationality with Syria, Iran, Iraq or Sudan. Some say the issue isn't just about fighting terrorism, but also undermining the US-Iran nuclear deal. (22.01.2016)