Germany′s new animal welfare label: Does it make a difference? | Environment | All topics from climate change to conservation | DW | 09.06.2022

Germany's new animal welfare label: Does it make a difference? 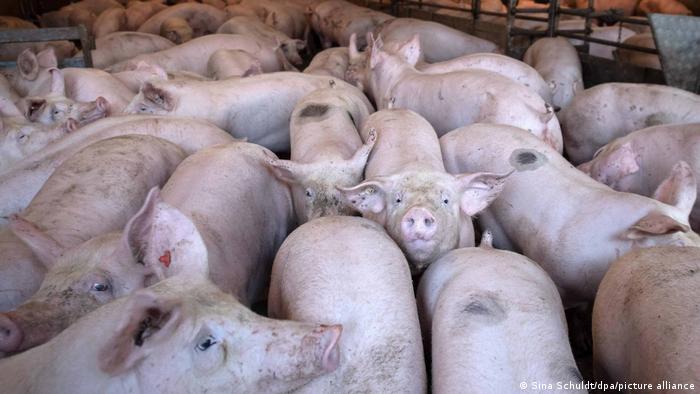 Germany's federal government has come up with a draft bill for new regulations regarding animal welfare. "I want good meat from Germany to be served in the future as well. In order to do so, our farms urgently need a perspective they can rely on," Food and Agriculture Minister Cem Özdemir said Tuesday when introducing his plans.

This perspective, he continued, includes four core elements: a mandatory label that specifies under which conditions animals were held; the renovation of stables and funding for such; adjustments in the building and licensing laws; and better regulations in the animal welfare law.

The label will first be put on pork products; other fresh meat products are to follow at a later stage. Whether they are sold online, at a farmer's market or in a supermarket, all products will be legally required to have a label that differentiates between five different methods of rearing: barn pen; barn pen and extra space; open-air barn pen; run and open land; and organic. While Germany already has pre-existing initiatives that label fresh meat products in four similar categories, this is the first time such labeling would be legally binding, Bernhard Krüsken, general secretary of the German Farmers' Association, explained. "And that makes Germany a pioneer in Europe in this field," he told DW.

The association was part of the Borchert-Commission, a coalition of politicians, scientists, agricultural associations and environmental NGOs that came up with the draft bill.

While Krüsken believes it's a step in the right direction, he also says it's not nearly enough. The draft bill doesn't yet include a date when the mandatory labeling on pork will kick in — or when other meat products like beef and poultry are to follow.

He says another shortcoming is that restaurants and wholesale dealers don't have to participate for now.

"It's important to label products for the consumers in order to advocate for higher standards and create a change in consumer behavior, but you have to do that across the board. The way the bill is drafted right now it is incomplete," he said. "It is just a niche solution."

Some consumer organizations went one step further in their criticism, saying they don't believe the labels will make a difference at all.

"For us, it's just another label in the label jungle," Annemarie Botzki, agricultural expert at the German consumer organization Foodwatch, told DW.

"It's basically a marketing measure in order to give consumers a good conscience and keep their consumption going. And it's actually deceptive for the consumers," she said.

"They believe that a higher method of rearing means the animal is healthier. And that is often not the case. Just because an animal has a bit of a larger stable doesn't mean it's healthier. They are still forced to perform on an extremely high level that often makes them sick," she added. 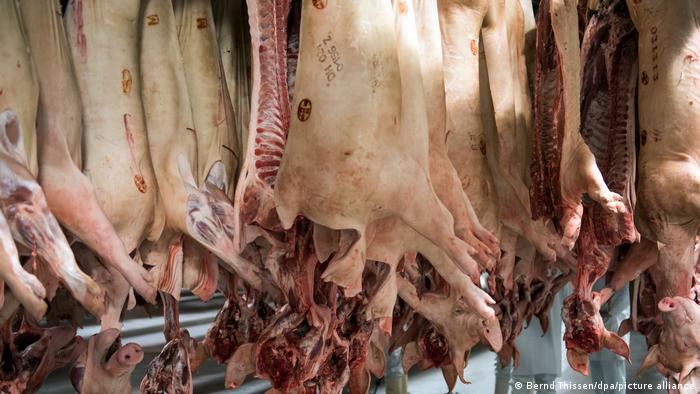 Every year, roughly 13.6 million pigs die in Germany before they are slaughtered

Sick animals at the slaughterhouse

A large fraction of animals, and especially pigs, that are brought to the slaughterhouse are in fact massively sick, Botzki said. Diseases range from pneumonia to inflamed organs, and these occur in any rearing method.

"They [the animals] are standing in their own excrement in the stables and are constantly breathing this in. They then develop ulcers," Botzki said. "We also see many behavioral problems, such as animals biting their ears and tails. All of that won't be changed by the labels."

Krüsken begs to differ. "The monitoring data from the slaughterhouse, we know, shows something else, namely that not every animal on the hook is sick," he said.

Every year, roughly 13.6 million pigs die in Germany before they are slaughtered. That's equivalent to 1 in 5 animals. A study by the veterinary school of Hanover shows that 13.2% of hogs and 11.6% of breeding pigs are expected to have experienced severe pain for a considerable time before they died.

And even animals who are held on organic farms are often sick. A study by the University of Kasselshows that more than half of dairy cows in organic farms have mastitis, a painful inflammation of the udder. And despite the disease, they are milked every day.

That's why Foodwatch and other NGOs are asking for regular health checks on farms. Slaughterhouses collect and monitor data about the state animals were in when they were delivered to them, so they know which farmer delivers healthy animals and which farmer doesn't. 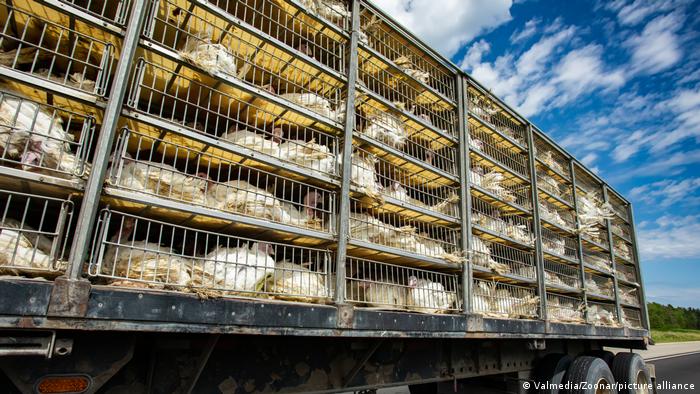 "But the only thing that's currently being checked is whether the meat is edible in the end. The health of the animals isn't a concern at all. Even when a farmer consistently brings pigs to a slaughterhouse that are sick, have bitten themselves bloody, have abscesses and pneumonia, it has zero consequences for the farmer," Botzki said.

Krüsken's reply to this criticism is that at least the more established meat labels already regularly check the animals' health. "We have very clear rules on the hygiene of meat, and it's also not in the economic interest of farmers to have sick animals; they can't afford that," he said.

But Foodwatch isn't satisified with this. In the future, it wants farmers who consistently deliver sick animals to be sanctioned and those who deliver healthy animals to be rewarded. On top of that, Botzki is demanding that the three lowest rearing methods shouldn't even be allowed on supermarket shelves at all.

Is mandatory organic farming the answer?

"Animal welfare is part of Germany's constitution, so we have a responsibility to make sure animals are doing okay. That's why organic farming should be the standard. Everything else is unlawful and just leaves the consumer with the agony of choice," she said.

The problem with that, according to Krüsken, is that a decision like this would need to be made EU-wide.

"If Germany dwindles its production down to the premium sector, then we have colleagues in Europe who will continue their production on low standards and whose products we will then see on our shelves," he said.

Why do humans eat so much meat?

The EU has moved to regulate live transports of animals more strictly. The changes come after an animal welfare investigation had revealed shocking insights into the industry.