Fact check: Are other nations involved in the war in Tigray?

The Ethiopian government has warned multiple times that the international community must not interfere in its handling of the war in Tigray, claiming it is solely a domestic matter. But that's not the case. 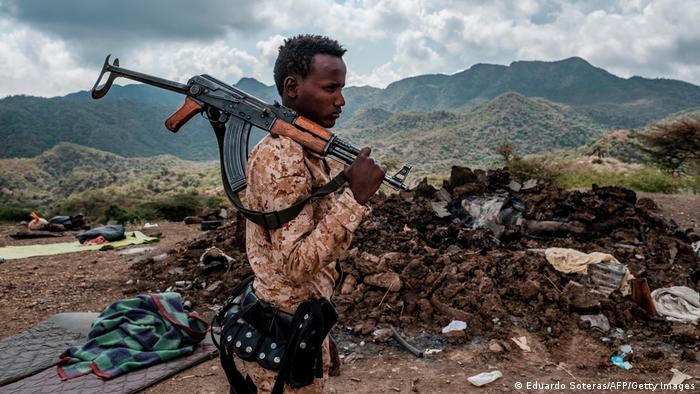 A member of the Afar Special Forces in front of the debris of a house in Tigray Region on December 9, 2020

According to various reports and claims on social media, three additional nations are allegedly involved in the fighting in Ethiopia's northern region Tigray: Eritrea, Somalia, and the United Arab Emirates. DW Fact Check examines the claims.

1. Eritrea: Invited or not?

The Tigray People's Liberation Front (TPLF) accused neighboring Eritrea of deploying troops in support of Ethiopia's military campaign intended "to restore the rule of law" in the region.

In July 2018, Ethiopia and Eritrea signed a peace agreement and planned to promote "intimate cooperation". Following the rapprochement, the relationship between Ethiopia's Prime Minister Abiy Ahmed, the TPLF, and the regional administration of Tigray sharply deteriorated.

In the early days of the conflict, which broke out in November 2020, both Eritrea and Ethiopia denied that Eritrean troops were involved. "There is no reason for the army to request additional support from outside," said Ethiopian Defense Minister Kenea Yadeta in a press briefing in November, adding that "the army will not fight its own country collaborating with an outside force."

Eritrea's Foreign Minister Osman Saleh Mohammed told Reuters, "This is an internal conflict. We are not part of the conflict."

Photos and video footage published on social media, however, described the presence of Eritrean troops. On March 11, a video began circulating that shows two military tanks crossing through a town. In the footage, soldiers follow with a caravan of donkeys and mules, some shouldering rifles, others dangling yellow jerrycans with their hands.

DW verified that this video was indeed filmed in Adigrat, the second-largest town in Tigray, on a highway that heads from the Eritrean-Ethiopian border to the regional capital Mekelle. The federal government seized Adigrat during the third week of conflict.

But it remains unclear when exactly the footage was shot and whom it depicts. Activists and locals who circulate similar images claim they can identify Eritrean troops by their military camouflage clothing, also known as "six-color desert,"  and sandal-like plastic shoes known as shida.

The differences in the Ethiopian and Eritrean army clothing can be seen in another picture shared on social media as alleged proof of Eritrea's engagement in the war in northern Ethiopia. When compared with news agency photos of the Ethiopian and Eritrean military respectively, the uniforms appear similar. But the arm and chest areas of the uniform, which usually bear military insignia, have been digitally obscured in this image.

However, DW could not independently verify or debunk claims that the images were altered to amplify an outcry. Pro-government forces have accused TPLF of taking to such measures in the past.

Two officials within Tigray's interim administration strayed from the official line of the central government in Addis Ababa and spoke out, saying Eritreans were present in the region and participating in the conflict.

DW has confirmed that at least two officials of the interim administration were dismissed over comments on the presence of Eritrean troops in Tigray.

The chief executive of the interim administration, Mulu Nega, and the communication head, Etenesh Nigussie, declined to comment.

At the beginning of March, Dina Mufti, spokesperson of the Ethiopian Ministry of Foreign Affairs (MoFA), told journalists in a press briefing that there was no "official invitation" from his government extended to Eritrea to engage in the conflict. "As a sovereign country, you can invite Eritrea, Somalia, and Sudan. But what we are saying is that there is no situation where the Eritrean government, the Eritrean troops, are officially invited," Mufti said.

But according to Mufti, who did not deny the existence of Eritrean soldiers in Tigray, there is a possibility. "Because the border is long and porous, they (Eritrean soldiers) could be seen at the border area. They could enter here (Ethiopia) during the chaos," Mufti said.

Despite denials from Addis Ababa and Asmara, diplomatic pressure calling for the withdrawal of Eritrean troops is mounting.

Last week, after visiting the war-torn region up in northern Ethiopia, the Addis Ababa-based diplomats of Germany, Sweden, and the EU took their call to Twitter. For the European Union delegation to Ethiopia, which participated in the Tigray interim administration's briefing, the "withdrawal of Eritrean army" is among its priorities.

US Secretary of State Antony Blinken on March 10, in testimony to Congress, spoke about the presence of Eritreans in Ethiopia. "We have, as you know,  forces from Eritrea over there and we have forces from an adjoining region, Amhara, that are there. They need to come out..."

International medical organization Medecins Sans Frontieres issued a statement on March 15: "In Mugulat in east Tigray, Eritrean soldiers are still using the health facility as their base." Thus, the presence of Eritrean soldiers in the northern region of Tigray can be asserted with some degree of certainty — despite government denials.

2. Somalia: Where are the missing soldiers?

Unconfirmed reports that Somali soldiers were in Eritrea for military training and sent to fight in Tigray first made their rounds in January. 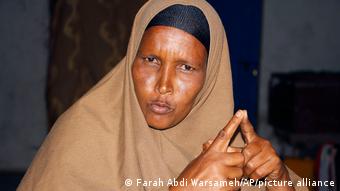 Mothers and families have protested in Somalia, demanding information on their loved ones. Some families say they haven't heard from them in over a year.

"Some of them were told that their boys have died,'' one opposition presidential candidate, Abdurahman Abdishakur Warsame, told the Associated Press at that time. "According to the information we're receiving, those boys were taken to the war in northern Ethiopia."

Somalia's information minister, Osman Abokor Dubbe, denied that Somali soldiers who had been outside the country for training were involved in the Tigray conflict. He called such allegations "propaganda." 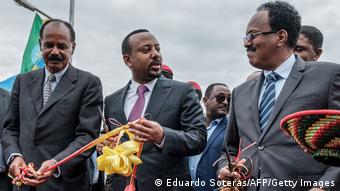 "There are no Somali troops requested by the Ethiopian government to fight for them and fight in Tigray,'' he said.

Shortly after the rapprochement of Ethiopia and Eritrea, the two countries began working closely together with Somalia on several topics. Among their goals were "consolidating peace, stability, and security," according to a statement released by Eritrea's Ministry of Information.

The head of the Somalian parliamentary committee on foreign affairs, Abdulkadir Osoble Ali, in a letter, asked the Somali president to clarify how many troops are in Eritrea, when will they return, and the location of the missing soldiers.

DW reached out to both Somali lawmaker Osoble and opposition presidential candidate Abdishakur for more information on their statements. Neither has responded to DW's requests for an interview.

In social media networks, lists with names of people who have allegedly received military training in Eritrea, disappeared, or were even killed in Tigray are circulating. DW tried to match these names with social media profiles. Neither could the Facebook accounts in question be clearly put in connection with to the Somali army, nor to fighting in Tigray. However, some of the profiles have not been updated publicly for months or even years.

In the very early days of the conflict, the Tigrayan side claimed that the United Arab Emirates was assisting the Ethiopian army with drones dispatched from an airbase in Eritrea.

Wim Zwijnenburg has been looking into these claims. His work focuses on humanitarian disarmament for the Dutch peace organization PAX — and he is an expert on armed drones. After looking into satellite imagery and cross-checking other information at hand, Zwijnenburg concludes: "In sum, the claims made by the Tigray forces are not impossible, but so far they seem improbable."

In an interview with DW, Zwijnenburg explains that direct evidence to verify such claims was lacking, such as footage of flying drones, independent eyewitnesses, or remnants of weaponry. "The only weapon remnants that were found were bombs and missiles fired by aircraft that the Ethiopian Air Force had access to," Zwijnenburg tells DW.

After his publication, some people sent pictures to prove a drone strike, Zwijnenburg says. "But that was easily disproven because [...]the weapons being used were actually artillery weapons because you could still see the shells on the ground."

The Ethiopian army itself is indeed using drones, as Major General Yilma Merdasa, Commander of Ethiopian Air Force, told state broadcaster ETV in an interview published in November. However, these are commercial drones, not combat drones, as Zwijnenburg explains. Usually, these are used for intelligence and surveillance.

What can we conclude?

Claims that Somali and UAE troops intervened in Tigray cannot be independently verified — and there is little information available to corroborate the allegations.

The presence of Eritrean soldiers in Tigray, however, remains probable.