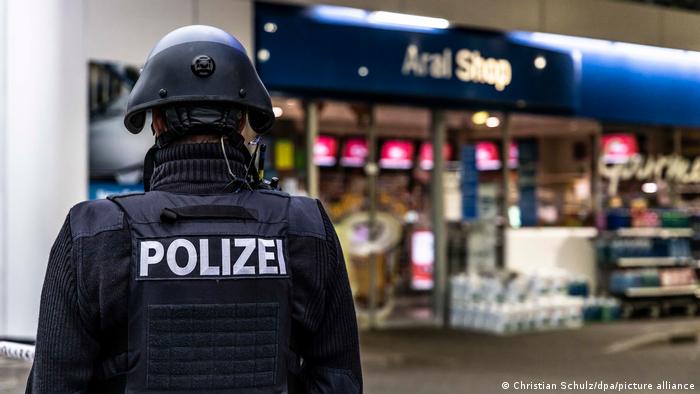 Senior lawmakers in Germany expressed fears over the radicalization among people who oppose coronavirus restrictions following the killing of a gas station employee.

The 20-year-old clerk was killed in the western town of Idar-Oberstein on Saturday for asking a customer to wear a face mask. Authorities only released details surrounding the murder on Monday, saying that a German national has been arrested and was being held on suspicion of murder.

Trier police said the 49-year-old man told officers he had acted "out of anger" after being refused service for not wearing a mask while trying to buy beer.

"He further stated during interrogation that he rejected the measures against the coronavirus,'' the police department said in a statement.

According to police, the suspect left the gas station after the dispute but then returned 30 minutes later wearing a mask, before shooting the worker with a gun he did not have a license for.

The suspect fled the scene but then gave himself up to police on Sunday morning. 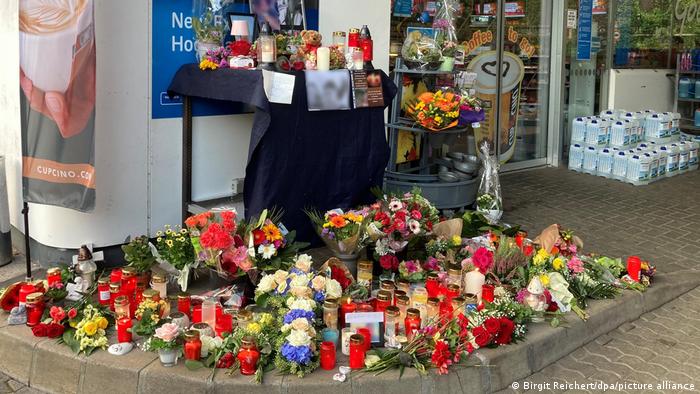 In the wake of the incident, the Green candidate to succeed Angela Merkel as chancellor said she was "very concerned about the radicalization" within Germany's Querdenken (Lateral Thinking) movement, which includes people who oppose masks and vaccines, among them conspiracy theorists and far-right extremists.

Annalena Baerbock tweeted that society as a whole must "stand against this growing hatred."

"I'm shocked by this terrible murder of a young man who merely asked that existing rules be followed," she wrote. "My condolences go out to his family and loved ones."

Authorities didn't immediately say whether the suspect was associated with the movement, which has come under increasing scrutiny from security services.

Scholz: 'We must resolutely oppose hatred'

The SPD candidate to replace Merkel, Olaf Scholz, wrote on Twitter that he was "shocked that someone is killed because they wanted to protect themselves and others. As a society, we must resolutely oppose hatred."

The center-right Christian Democratic Union (CDU) candidate in Sunday's nationwide election, Armin Laschet, called for "this hatred in our society" to come to an end. He added that all people who claim that there is no coronavirus should go to intensive care units.

"We must not allow this pandemic to be reduced to something banal, as some political groups do," he was quoted as saying by the DPA news agency.

Paul Ziemiak, the general secretary of the CDU, said the clerk's slaying was the result of "an inconceivable level of radicalization!''

The GdP German police union issued an urgent warning on Tuesday regarding the denial of the coronavirus and said this was "the first killing in connection" with the pandemic, while also noting an increase in radicalization within the Querdenken movement.

The International Auschwitz Committee in Berlin also aired its concerns as the group's vice president spoke of Querdenken's ability to spread "hate and violence" prompted by "right-wing extremism and conspiracy theories."

The head of the domestic intelligence agency in the eastern state of Thuringia, Stephan Kramer, told the RND media group that the gas station killing was "no surprise to me in view of the steady escalation in recent weeks."

Kramer said his office had warned of the growing potential for violence.

Protests against Germany's coronavirus restrictions have repeatedly turned violent. Kramer told RND that "it's regrettable that someone always has to die before the risk is taken seriously."

The movement came to the forefront at the onset of the pandemic after accusing the media and politicians of lying about the coronavirus.

According to Facebook, individuals linked with the Querdenken group repeatedly violated the platform's standards against spreading health misinformation, incitement of violence, bullying, harassment and hate speech.