How many votes are too few? 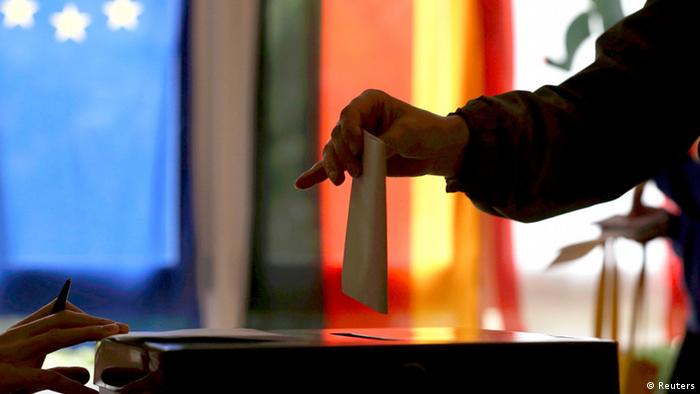 Political parties in Germany must receive at least five percent of the popular vote to enter parliament. This rule is referred to as the Fünf-Prozent-Hürde, which literally means "five-percent hurdle."

After the Second World War, the five-percent rule was implemented to help consolidate the allocation of seats in parliament among the strongest parties, promoting stable party majorities and a functioning parliament. It was also intended to prevent fringe extremist parties from gaining too much power.

Now the five-percent hurdle is controversial. Opponents say the regulation doesn't mesh with the ideas of democracy or the German constitution, where every vote should be valued equally. Supporters say the regulation is necessary to stop small parties with extreme tendencies, such as the far-right NPD, from entering parliament.

In the recent German federal elections, the liberal Free Democratic Party (FDP) suffered huge losses and just missed the five-percent hurdle. With only 4.8 percent of the vote, Angela Merkel's former coalition partner was ousted, failing to make it into parliament for the first time in the party's history. The FDP has been in government for 52 of the 64 years since World War II.

While the FDP mourned the result, the AFD (Alternative for Germany), on the other hand, cheered the fact that came in just shy of the five-percent mark. It was the first time the party had participated in federal elections and came away with more support than had been expected.

In the 2013 federal elections, the five-percent hurdle was responsible for 6.8 million votes (15.7 percent) not being considered - a reason some constitutional experts have been demanding a lowering of the Fünf-Prozent Hürde. Austria, for instance, has only a four-percent hurdle.