This one-finger salute says 'buzz off.' 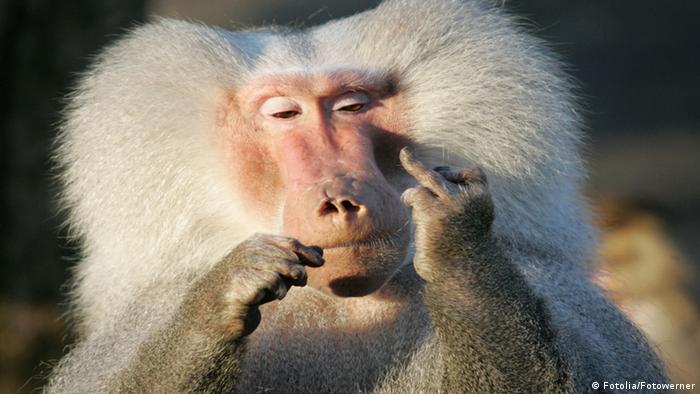 In a gesture meant to express anything from discontent to irritation, the Stinkefinger is a nonverbal affront obtained by balling hands into a fist, turning the palm of the hand inward, then extending the middle finger.

German chancellor candidate Peer Steinbrück lifted a few eyebrows when he lifted his own middle finger for a photo shoot with Germany's Süddeutsche Zeitung newspaper. Needless to say, his actions sparked furor. Some say the incident offered Steinbrück a witty edge, while others wondered how the politician could now be taken seriously.

Also known as "flipping someone off," or "giving someone the bird" in English, the gesture stems from antiquity as a phallic symbol and was used to express insult and belittlement. Nowadays, a good old-fashioned Stinkefinger is less risqué and is more of a tool to convey discontent.

Situations calling for the finger are diverse, though getting cut off in traffic is a frequent instigator. Football players and performers around the world have been punished for brandishing the middle digit to crowds. In Germany, exercising this gesture in extreme cases of aggression could lead to a fine of 600 to 4,000 euro ($800 - 5,000).