Hatred of the system, of Jews, of women, of science: From revolutionary plans to far-right attacks, an exhibition tackles two centuries of hostile actions in Germany. 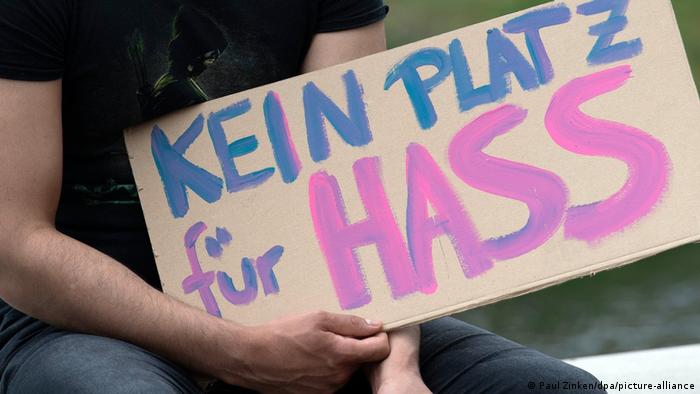 "We have loved long enough and want to hate at last!" wrote the 24-year-old German poet Georg Herwegh in 1841. He called for love to be replaced by hate, for "tyranny on Earth" to be fought for, and for "the chains of oppression to be broken."

Herwegh was one of the most important political poets of the Young Germany movement, who were active during the period before the revolution that began in March 1848.

He and his like-minded contemporaries sought to overthrow by force the rule of the princes in the German Confederation. 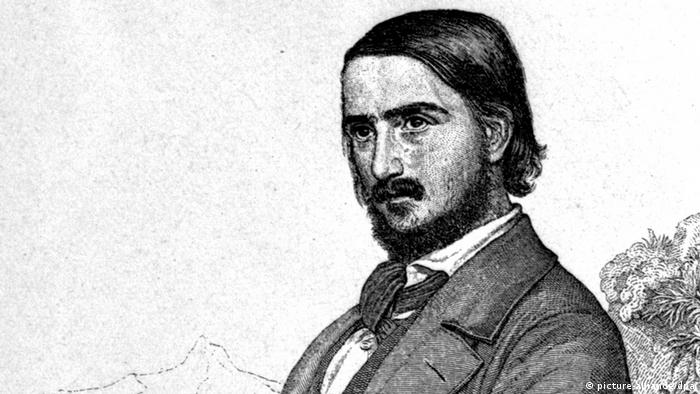 'We have loved long enough': Georg Herwegh was at the forefront of the Vormärz revolutionary movement

The hatred felt by Herwegh and his comrades-in-arms was directed against the aristocratic rulers and the existing order. All means were acceptable to the radical, democratic insurgents. But the revolution failed.

The lyrics of Herwegh's "Song of Hate" and the German revolutions of 1848 to 1849 are just a few of the themes in the exhibition "Hatred. What Moves Us" at the Haus der Geschichte Baden-Württemberg (House of History in the southwestern German state of Baden-Württemberg).

The exhibit encompasses 200 objects from 200 years that portray hatred in all its forms and manifestations. From hatred of women to hatred of Jews, to hatred of "infidels" or "foreigners," the shows reflects our society up to the present day.

Hatred is not a new phenomenon

"I have seen too much hate to want to hate, myself," civil rights leader Martin Luther King is quoted as saying. And yet, over 50 years after his assassination, hatred remains a central phenomena in our society.

A symbol of that hatred which runs through society are green-blue ropes that are strung through the museum's exhibition spaces, and which characterize "society's entanglement in hate," said Sebastian Dörfler, who is part of the curatorial team. 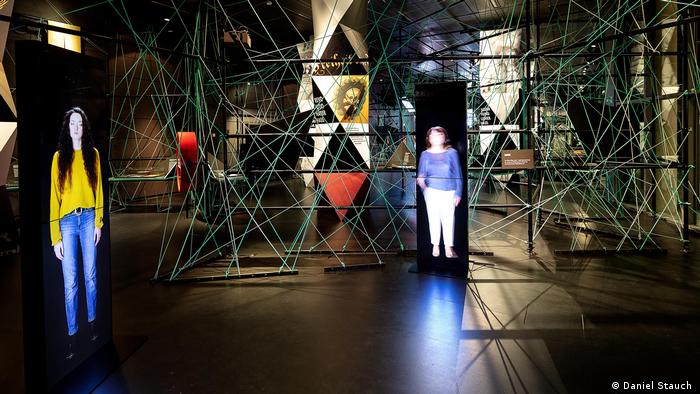 The deadly attack in Hanau, Germany in 2020, motivated by racism and antisemitism; the murder of Kassel district president Walter Lübcke in 2019; the NSU attacks on Turkish-Germans in the early 2000s are just few examples giving the impression that the number of hate-motivated crimes is increasing.

"As a historian, I would question that notion. Yes, the internet has dramatically facilitated the spread of hate-filled messages, but of course, they existed much earlier," said Dörfler.

"The phenomenon is certainly not new, but it is more noticeable."

The exhibition in the House of History therefore not only looks at the present, but also sheds light on two centuries' worth of aversion, hostility, fear, envy and contempt.

The show begins with the 19th-century German Empire and a look at the assassination attempt on its chancellor and prime minister, Otto von Bismarck. The attempt failed, and the assassin committed suicide the following day.

Hatred from the far right

A central focus of the exhibition is a section dealing with hatred stemming from the far right.

"Right-wing extremism is a fundamental evil of our society that goes hand-in-hand with democracy," said Dörfler, who studies the phenomenon.

Although several contemporary examples are shown in the exhibition, past far-right attacks are also recalled, such as those carried out by the neo-Nazi organization Deutsche Aktionsgruppen ("German Action Groups") in 1980. 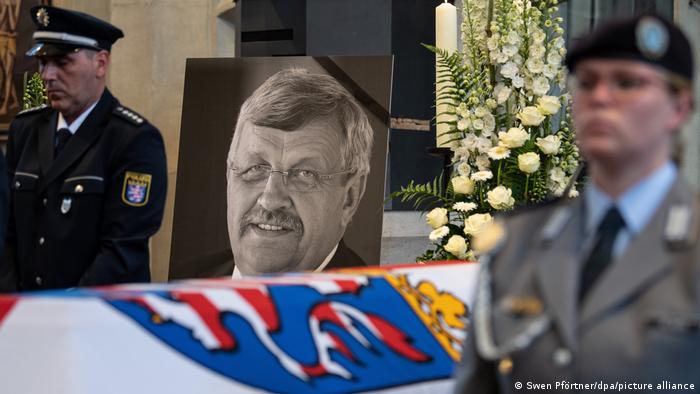 On June 2, 2019, politician Walter Lübcke was shot dead by a right-wing extremist

"This group was not isolated; they actually did all the things that we also see today," said Dörfler. "They attacked a local politician; they targeted the culture of remembrance and, of course, 'foreigners.'"

"In the process, they murdered two Vietnamese people. This shows that there are long strands that reach everywhere," said Dörfler.

"We must not make the mistake of believing that everything we are experiencing now has come out of nowhere," Dörfler added.

A showcase in the exhibit with red women's shoes is intended to commemorate murdered women. Every third day in Germany, a woman is murdered by her (ex-)partner.

Cases of so-called femicide are often referred to as "jealousy dramas" or "family tragedies," which often only serves to minimize their impact.

Calls grow for tougher stance on femicide in Germany

On the contrary, these cases represent a societal problem. According to statistics from the German state of Baden-Württemberg, kits for medical examination and evidence recovery after a sexual offense were recorded for 13,066 cases in 2019. More than 80% of those affected were women, with both perpetrators and victims coming from all social classes.

Hope on the horizon?

The exhibition also counters all this hatred with a section that offers hope: People who have fought against hate and advocate an open, tolerant and democratic order.

One such person is Irmela Mensah-Schramm, who has been removing stickers with racist messages from building walls, lamp posts and other urban spots since 1986.

The first sticker she removed demanded freedom for Hitler's "deputy" Rudolf Hess, who was sentenced to life imprisonment in the course of the Nuremberg trial.

"We want to show that you can take action. Irmela Mensah-Schramm shows that very impressively. Often you pass by some messages, mostly you ignore them or you shake your head and you move on. But she has taken action," Dörfler said.

The exhibition peers into the abysses of the human soul, with a view to society and history. Hate is part of the substance of a democratic society. It flares up when people stand up for rights, when they speak out for democracy.

Only if people are determined and loud in confronting hatred can this anomaly be stopped, is among the messages.

The exhibition runs through July 27, 2022. It is part two of a trilogy exhibition at the House of History, looking at greed, hatred and love.

Although the definition of hate speech is unclear, the harm it causes can be significant. #mediadev talks to a human rights expert about why it's important to combat hate speech and the difficulties of doing so.

In their first meeting with the new chancellor, the 16 state premiers asked that online incitement laws be expanded to include pandemic-related violence and threats. Scholz agreed to address the problem quickly.

'The internet is not exempt from the law'

How can journalists and media outlets battle hate speech on the internet? Meike Koch, Senior Counsel Governmental Affairs at Media Group RTL Germany, explains an approach that has proven to be successful.

How can women defend themselves against violence online?

Why can't AI protect us from online hate?

'Better wages for workers now at the frontline'