Experts say laws not enough as Germany fights bots and fake news | Germany| News and in-depth reporting from Berlin and beyond | DW | 25.11.2016

The German government would love to take social bots and fake news sites, which influenced the US election, out of the political equation. But coming up with legislation will be a tricky proposition. 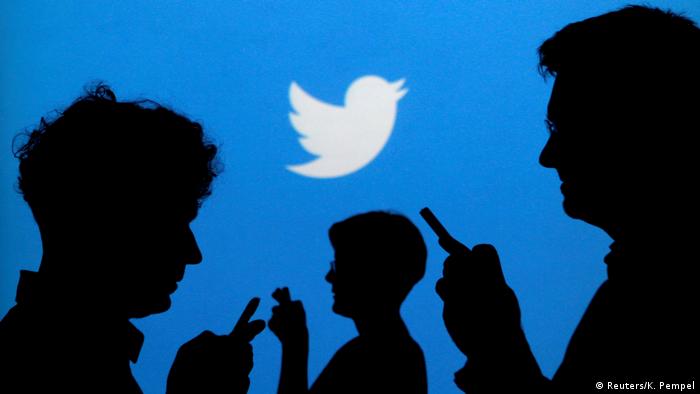 Angela Merkel is worried about social bots, fake news sites and trolls. On Wednesday, in her first major address after declaring her intention to seek a fourth term, the chancellor said that such practices might need to be "regulated." But concrete legislation is unlikely.

"The Justice Ministry has convened a task force on hate speech on the Internet," deputy government spokeswoman Ulrike Demmer said on Friday in Berlin. "Companies have promised their cooperation, and illegal content is now being deleted more quickly than before. But more needs to be done."

At an IT summit last week, German Justice Minister Heiko Maass said that authorities could take legal action against hate speech on the Web if it violated laws concerning libel or incitement to violence. And he threatened legal measures against social media platforms, like facebook and twitter, if they fail to become become more vigilant against defamatory and incendiary speech. But a Justice Ministry spokeswoman said on Friday in Berlin that at present no further legislation to combat social bots or fake news sites was in the pipeline. 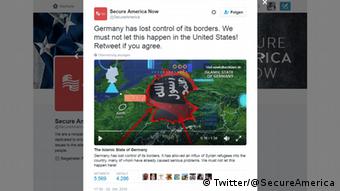 Merkel is, however,  bringing in Germany's leading political data science expert, Professor Simon Hegelich of the Technical University of Munich, for consultations next week. It is now widely acknowledged that social bots, in particular, are being used for political ends - most notably by the extremist and populist Right. Significantly, all the mainstream political parties in Germany have unequivocally promised not to use social bots or paid trolls in next year's election, while the anti-immigration, anti-EU Alternative for Germany (AfD) has not.

Can Germany do anything more in legal terms to keep next year's vote from descending into the vicious, "post-factual" mud-slinging that characterized the 2016 US presidential election, both on the right and the left?

"In Germany the entire legislation concerning the press is very liberal, and for good reason, since Article 5 of the constitution protects free speech," Thomas Jarzombek, CDU member of parliament and digital media expert told Deutsche Welle. "The main question is how we are going to deal with this phenomenon. We have ten months until the next national election in Germany, and we need to find appropriate mechanisms. But it's important that we never give the impression that we're censoring anything."

The problems with laws

As it is the United States and elsewhere, the tone of political discourse in Germany is becoming cruder and more injurious. Social media sites, in particular, are full of posts like this:

The man the German government has engaged as an adviser on the issue is skeptical that laws are the best instruments to combat hateful Internet content.

"It's difficult to recommend legislative regulations, as long as we still don't fully understand the phenomenon," Simon Hegelich told Deutsche Welle.  "There are two problems with laws. Will regulations formulated still be adequate for the state of technology when they're passed? And how can an international network be regulated nationally? That doesn't mean that laws can't help, but it's not yet clear how they can best do so."

Jarzombek also distinguishes between social bots, which he thinks are likely controlled by foreign countries, and fake news sites, which are a domestic problem.

"With the fake news sites, my impression is that unemployed journalists sometimes start blogging and discover that there's more money to be earned, the more aggressive their articles and the cruder their assertions are," Jarzombek said. "That increases hits and advertising revenues. That's a danger that people in Germany have an economic interest in being increasingly aggressive and less objective."

Breaking through such situations, he says, could be part of a solution.

The role of the press 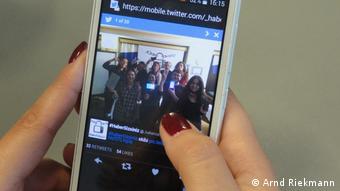 Hegelich says a lot can already be done to combat the malicious influence of social bots, fake news sites and the like in the realms of public "enlightenment" and "awareness." Jarzombek expects more from the mainstream media in its traditional function as a fourth estate.

"I think more important than anything politicians can do is that journalists defend themselves against this sort of unfair competition," the CDU digital media expert said. "The media needs to uncover the mechanisms behind fake news and counter them directly by highlighting and disproving specific false reports that are being circulated."

He cites major articles in newspapers like the Washington Post in the US as examples of what needs to be done to educate the public about how foreign and domestic entities may be trying to manipulate them politically. He says he wishes there were comparable articles in German.

But can journalists realistically debunk every false report spread by fake news sites and every vicious message tweeted by a bot? A young, local conservative politician has an intriguing take on the issue. 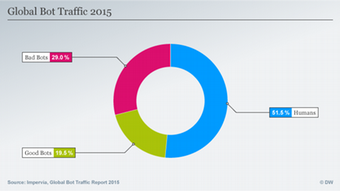 Can good bots be employed against the bad ones?

Jenna Behrends is a 26-year-old law student and CDU district representative for Berlin-Mitte. She agrees that, even if the German government could somehow ban things like social bots, that probably wouldn't work.

"The technical development of social bots is much quicker than the German legislative process," Behrends told Deutsche Welle. "Bots will get better and better at disguising themselves. By the time we manage to delete one generation of social bots, bot programmers will long have been at work on the next one."

In an article this week for the online edition of news magazine Der Spiegel, Behrends suggested employing "positive" social bots to counteract the damage done by the extremist, rabble-rousing ones. But she acknowledges that the idea would require a lot of debate particularly as the state has a duty to remain politically neutral.

"But just because it's complicated we can't avoid the debate," Behrends told DW. "We have to argue about which tweets, facebook posts, etc… a democratic bot should be allowed to react to. Just illegal defamatory posts?  Or only those that are demonstrably false? And who determines which ones are false? One option would be perhaps an independent state-financed foundation."

Obviously, such a debate won't yield results in time to prevent bots and fake news sites from exerting a malicious influence on the 2017 German election. But such suggestions do show just how seriously Germany's politicians, conservatives and liberals alike, are taking one of the least savory developments in Western politics in recent years.