Experts: Germany Needs to Step up School Reforms | Germany | News and in-depth reporting from Berlin and beyond | DW | 04.12.2006 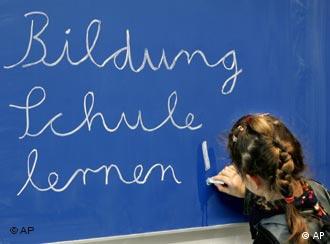 "Education, school, learning" is still not the case for all German students

The results of the first Program for International Student Assessment (PISA) became public on Dec. 4, 2001 and shook Germany to the core.

While they had long taken pride in an excellent school system, Germans suddenly had to realize that a large percentage of students had failed basic reading comprehension tests. Newspapers proclaimed an "education catastrophe" while politicians struggled to find ways to solve the problem. 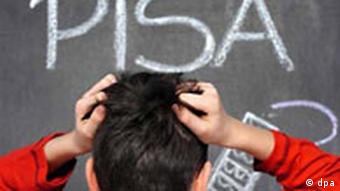 PISA's not only giving students a headache

The study led to more cooperation between Germany's federal states, which each have sovereignty when it comes to education. But many education experts believe that the measures taken do not go far enough.

A main problem that continues to exist is the division of Germany's secondary education into three different school types, which means the academic careers of many students is already decided on at age 10. Especially children from migrant and lower class families end up in the least challenging school type.

The deputy leader of Germany's teachers' union, Marianne Demmer, said it was time to end this kind of discrimination. 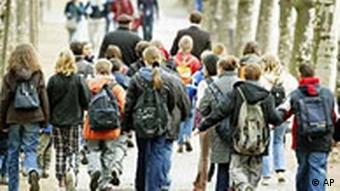 "That's only possible if children at the age of 10 are no longer distributed in school types that are challenging to various degrees," Demmer told DPA news service. "One type leads to a high school diploma, the other results in unemployment."

Others, such as Germany's PISA coordinator, Manfred Prenzel, called on people to be more patient as reforms take effect. But Prenzel also told Die Welt daily that the situation had not improved for children from migrant and poor families.

The results of the next PISA test, which focuses on natural sciences, will be published in 2007.

Phorms, a new private school in Berlin, opened its doors in August. It is not run by a church or foundation but by a company that views education as a product and unabashedly wants to profit from it. (13.10.2006)