Phorms, a new private school in Berlin, opened its doors in August. It is not run by a church or foundation but by a company that views education as a product and unabashedly wants to profit from it. 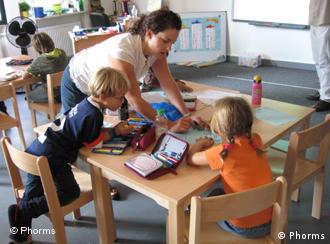 Phorms intends to be profitable in six years

At first glance, the colorful and bright classrooms of the new Phorms Elementary School Berlin-Mitte just north of downtown Berlin seems like any other, complete with tables and chairs, drawings and games and books.

But a closer look at this spanking new elementary school in an old factory reveals distinctions: take the fact that there are fewer chairs for students, meaning the class sizes are smaller than in state schools -- or the latest technology hanging on the walls, such as a "smart" blackboard that operates by computer.

The most unusual differences, however, lie in the concept and management of the school: it is owned and run by a private company that offers shares, has a chief executive officer, a chief financial officer and a board of directors with a wealth of business experience. It aims to turn a profit with its product education.

It certainly seems like heresy in a country like Germany in which even a university education is free. When politicians wanting to shake up the country's languishing education system proposed "elite" universities and tuition a few years ago, there was an uproar.

Still, private elementary and secondary schools in Germany are not new even as the concept for paying for schooling is for most Germans. Mostly, private schools in the past decades catered to the thousands of expatriate families, serving in the military or working in companies in Germany. 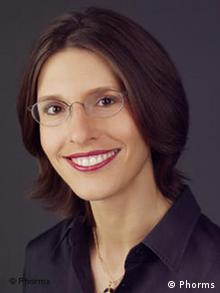 Bea Beste says that education is a product

More recently, things are changing in the German educational landscape. Parents are inundated with studies such as the PISA one by the Organization for Economic Development and Cooperation laying out the deficiencies of the public school system -- the German school system ranked near the bottom compared to its neighbors. Still, that isn't telling German parents anything they haven't already known for years, said PHORMS CEO Bea Beste.

As a result, it isn't surprising that the number of students in Germany attending private schools has jumped about 30 percent in the past decade, according government statistics -- more than 600,000 youngsters eschewed public school in 2005.

That is something Phorms is set on capitalizing on.

"Let's conceive our product and establish it as a brand in Germany," said Bea Beste, CEO of the management company and a consultant in marketing and branding. "The idea is to take a look at the weaknesses of the German system and offer an alternative. Our concept isn't to make a lot of money but to offer a quality product through playing by the rules of business." 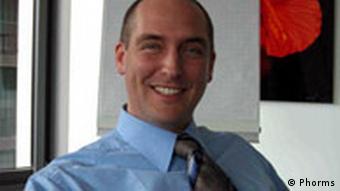 Phorms CFO Johannes Nagel said that the Berlin school itself -- which has about 50 students in grades 1 to 5 -- will turn a profit by the end of the school year. The company is expected to be able to pay dividends in about six years. And meanwhile, schools in Munich, Hamburg, Frankfurt and possibly Düsseldorf are planned for next year. In 2008, the company wants to open another five to eight schools.

"Education is a product that people are willing to pay for," he said. "We are confident that this will work."

Beste, one of the original founders of the school, said that the name Phorms is a combination of the German word for form and metamorphosis. This is the idea behind the company's educational concept, she said: helping children to learn and grow.

The school wants to do this by offering a language immersion program with students learning in both German and English. It is a full-day school unlike most in Germany with after-school programs as well. Its curriculum is based on the official Berlin curriculum but also the Cambridge International Curriculum, taught in classes of up to 20, with two teachers present. And students are a diverse group with about 40 percent coming from German families and the rest either of mixed nationalities or foreign residents.

What seems to most impress parents is the school's individual focus and nurturing environment for children, enticing them to pay the sliding scale tuition that ranges from 200 to 800 euros ($250 to $1,000) per month, based on family income.

"I was desperate to find a school for my son and I didn't care what it was going to cost," said Lisa Kay C. Smith, an American resident whose 9-year-old son, David, attended German public school for two years. "There was an unacceptable level of violence in the state schools and the school officials wouldn't deal with it. At Phorms, they take the attitude that it takes a village to raise a child and deal with issues and the child as an individual." 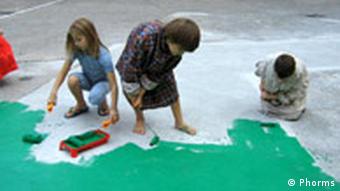 Children helped prepare their own playground

Such opinions don't impress the school's critics such as Josef Kraus, head of the German teacher's union.

"It is unethical to profit on the backs of children," he told Der Spiegel magazine.

But Betrand Freiesleben, whose 6-year-old son, Friedrich, attends the school, said he thinks differently. He chose the school for its bilingual education, innovative and open approach and small classes. And he said that he wants to give the school time before passing judgement.

"There are some who say, 'How dare you earn money off children,'" he said. "But there is nothing bad about this as long as it is not the main interest. And as far as I can tell, it is not."

Amid a continuing debate over the reform of German universities, a privately-funded business school opened its doors to students Monday. (09.01.2006)