Apart from his extensive musical legacy, relatively little is known about Johann Sebastian Bach. A Scottish anthropologist and art historian have recreated the countenance of one of the world's greatest musicians. 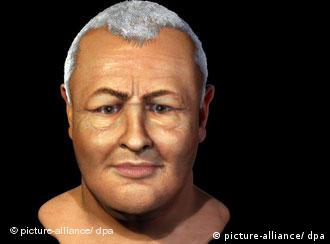 Is that how you pictured one of the world's most famous composers?

Unlike Mozart and Beethoven, who left scores of personal letters and posed for plenty of portraits, Johann Sebastian Bach, who worked as a cantor in Leipzig for 27 years, was a prolific composer, but didn't leave many clues about his personality.

He only posed for one portrait, by Leipzig painter Elias Gottlob Haussmann, which has been reproduced in countless books.

But can anyone be sure that's really what Bach looked like?

Working with a cast of the composer's skull on loan from the Bach Museum in Eisenach, Scottish anthropologist Caroline Wilkinson has created a 3-D representation of the face of a man who died in 1750 at the age of 65.

Wilkinson, a specialist in her field, had developed a computer program that is capable of extrapolating the measurements taken from the subject's facial bones. She has also used it to identify casualties in the Balkan wars and to reconstruct the face of Pharaoh Ramses II.

"We carried out a laser scan of the skull which allowed us to recreate the musculature and skin of the face on our computer system," she told reporters. "This is really the most complete face that can be built from the available reliable information."

Art makes up for limits of science 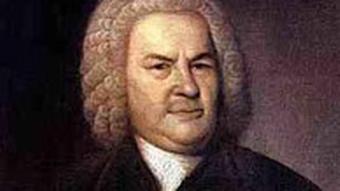 Haussmann's portrait has defined the way the world sees Bach

Bach's protruding under bite and the slight asymmetry of his face are evident in Wilkinson's image. Yet the technique is not 100 percent accurate. Bones don't reveal how thick the fat layers were on Bach's visage, how deep his wrinkles ran and what color his eyes were.

To fill out the contour, the scientist compared Bach's face with those of similarly looking men from the present time. The rest of the aesthetic details were filled in with the help of art historian Janice Aitken.

She was forced to rely largely on Haussmann's portrait, combining art with science. The painting has been said to bear a canny resemblance to other portraits by Haussmann, reported the daily Frankfurt Allgemeine Zeitung, which casts some doubt on its accuracy.

Wilkinson's rendering may be as close as science can get to knowing what Bach looked like, but minor details -- signs of age, his expressions, the hue of his skin -- remain shrouded in mystery.

The new model, a wigless version of the great musician, goes on display at the Bach Museum in Eisenach, his birth town, on March 21 -- the day he would have turned 323 years old.

"As far as we can ascertain, this is how Bach would have looked," Wilkinson said.

In Southern Italy, lost works of musicians who died in the Holocaust or survived Nazi prison camps is slowly being uncovered. (23.01.2008)

The most prestigious festival in communist East Germany is still making do, despite severe budget cuts. But can the Dresden Music Festival be spared from the curse of mediocrity? (17.05.2007)

Got Beethoven? Don't Leave Bonn without Him

Visitors to Bonn are certain to go home with a Beethoven souvenir. After all, the former capital has learned to make the most of its connection to its famous son. (14.05.2007)

Does seeing a realistic rendition of Bach's face change the way you listen to his music? Please include your name and country in your reply.