Expert: Prosecuting Böhmermann satire could ′cost Merkel the chancellery′ | Germany| News and in-depth reporting from Berlin and beyond | DW | 11.04.2016

Turkey is asking Germany to prosecute a satirist who made fun of its president. No matter how Merkel decides, experts say she can't win. She'll either offend an important diplomatic partner or alienate German supporters. 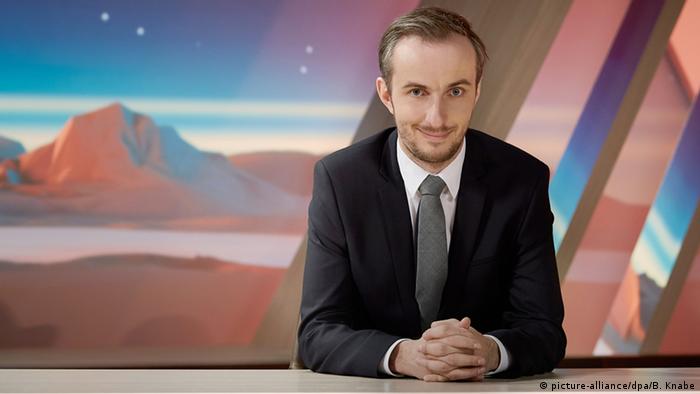 Jan Böhmermann has probably never received this much attention in his entire life. The German comedian is at the center of a controversy surrounding the question of what qualifies as satire and how far the limits of free speech stretch.

On Monday, the German government announced it would look into Turkey's request to prosecute Böhmermann for a taunting poem the satirist presented in his weekly TV show, "Neo Magazine Royale." In it, Böhmermann called Turkish President Recep Tayyip Erdogan a "zoophile," accusing him of sleeping with goats and beating up girls, Christians and Kurds.

In his show, the comedian said that the poem he was about to read would be illegal and that he wanted to show what satire is and isn't allowed to do in Germany. The law in question prohibits insulting foreign heads of state. One of its particularities is that the German government, and not the state prosecutor, has to decide whether to take up criminal proceedings. 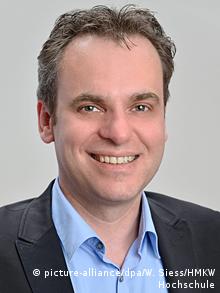 "I find it problematic that the government, which is not part of the judiciary, has to make this decision," political scientist and journalist Frank Überall told DW. Überall is also the chairman of the German Journalists Association, which has roughly 35,000 members and is one of the biggest journalism associations in Europe.

"Government politicians are stuck in this intricate diplomatic web and decisions like this one have no place in that," he continued to say.

The diplomatic spat between Turkey and Germany comes at an especially inopportune time. For Chancellor Angela Merkel, Turkey is an important partner in the refugee crisis. The EU and Erdogan's government agreed on a deal in March that sees Turkey taking back refugees that entered the EU illegally via Greece. In return for Turkey's help, the European Union will restart talks with the country about joining the EU.

Critics of the deal had already complained that by entering the agreement, Merkel would make herself too dependent on Erdogan, a man whose regime has recently made news by shutting down newspapers and arresting government-critical journalists.

Even foreign politicians have entered the discussion. Former Greek finance minister Yanis Varoufakis has proclaimed his support for Böhmermann, despite having been the butt of his jokes many times in the past.

Now Erdogan is putting Merkel on the spot.

"It's a lose-lose situation for Merkel," Alexander Kissler, media researcher and journalist with political magazine "Cicero," told DW. "She either loses face with Turkey or she loses face domestically if she agrees to prosecute Böhmermann."

German broadcaster ZDF, the channel where "Neo Magazine Royal" airs, has deleted the poem from its online media center. Merkel tried to calm the waters, too, during a phone call with Turkish Prime Minister Ahmet Davutoglu on Sunday. That information was released publicly, including her quote that the poem was "deliberately offensive."

"That call was a big mistake, especially making it public," Kissler said. Her "attempt to tame Turkey" failed and everyone could see it.

On Monday, Merkel's spokesman said the government would take a few days to look into the issue before deciding whether Böhmermann should be prosecuted. Kissler sees this statement as a diplomatic gesture, but says that eventually, Merkel's government will have to deny Turkey's request. "Anything else could cost Merkel the chancellory," he said.

Frank Überall worries that the heated discussion about satire is taking attention away from what is actually going on in Turkey.

"Journalists are in court solely for doing their job," Überall said. "This is unacceptable."

In March, another TV show made fun of Erdogan's anti-free-press regime, changing the lyrics of a popular German pop song to criticize the Turkish president's autocratic policies. The music video shows Erdogan's absurdly large palace and state violence against protesters. When "Erdowie, Erdowo, Erdogan" was released, Germany's ambassador in Ankara was called in to the foreign ministry. But this instance of satire wasn't followed by a request for prosecution.

"The difference between the two is that the first is a pop song ridiculing Erdogan's self-presentation and his way of governing, while Böhmermann is personally attacking him, calling him a sexual pervert," Kissler explained.

Überall makes another distinction. "I personally found the song funny and didn't find Böhmermann's poem funny," he said. "But this is not about personal opinion. It's a legal question."

A third German comedian is jumping on the Erdogan satire train as well. Didi Hallervorden has released a song called "Erdogan, report me, too!"

Is it satire or defamation? Now the German government has to review comedian Jan Böhmermann's poem about Turkish President Erdogan. DW's Susanne Spröer says it's obviously satire - what else? (11.04.2016)