Cologne's Jewish community is the oldest north of the Alps. A new museum is planned to illuminate the unknown side of the former Ancient Roman city that had become a cosmopolitan metropolis by the Middle Ages. 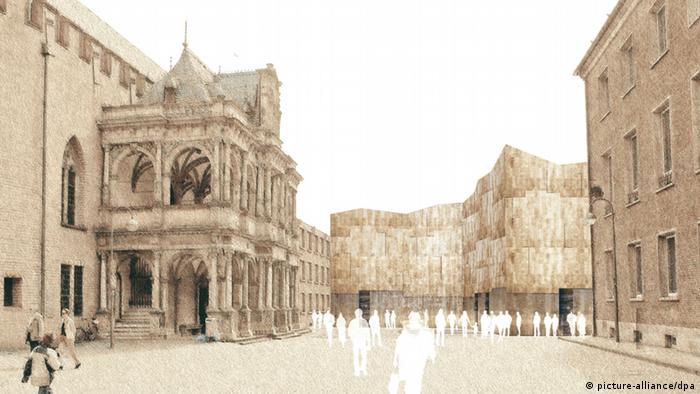 Gerry White points to a hole where the ruins of a medieval mikveh - a bath used in Jewish rituals - are located.

The archeologist is standing in the middle of an excavation site in the center of Cologne between the historic City Hall and the Wallraf Richartz Museum. 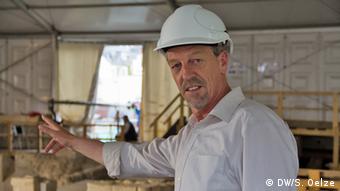 A tent protects the site from the elements as helmeted experts go about their work. Relics spanning 2,000 years of Cologne's history have been found in the area and the remains of walls and buildings are currently being secured.

Through their research, archeologists have established that a medieval Jewish quarter was founded on the ruins of an Ancient Roman development.

For a long time, researchers didn't know whether the city of Cologne had been colonized continuously from antiquity to the Middle Ages. Marcus Trier, director of the Romano-Germanic Museum in Cologne who is temporarily supervising the excavations, has found some clues.

"The ruins of the Praetorium - the palace of the Roman city fathers of the Province of Lower Germania -, relics of early medieval rule, parts of the Jewish quarter and the remains of cellars destroyed during the Second World War can all be found in the area around City Hall," he explained. 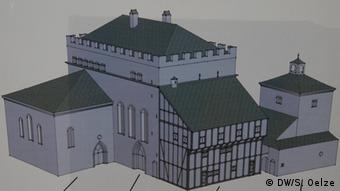 Digitally reconstructing the past

Since the 1950s and 60s, archeologists have been interested in the treasures buried in the ground around the City Hall, close to the famous Cologne Cathedral.

In 1956, the remains of a mikveh and a synagogue belonging to a medieval Jewish community in Cologne were discovered. The excavation project took around 20 years, but then a large section of the site was refilled and developed into a parking lot.

Excavation work first resumed in 2007 and was under the direction of archeologists Sven Schütte and Marianne Gechter until April 2013. This time around, digital technology and scientific methods have enabled researchers to visually map the passage of time, creating detailed 3D reconstructions. 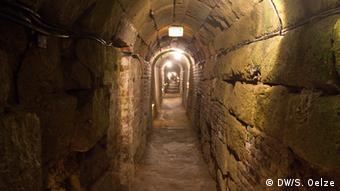 The Cloaca Maxima, the Roman sewerage system, will also be part of the archeological zone

Archeologists wanted to establish how far back the roots of the Jewish community in Cologne go. At the City Hall they found parts of a synagogue, including the bimah (the platform in the synagogue from which the Torah is read), bits of kosher food, writing slates etched with phrases, and jewelry.

"A Jewish community lived in Cologne by the fourth century," Marcus Trier said. How big it was and how it functioned is not yet known. But the archeological evidence clearly shows that a large number of Jews lived in Cologne from the 10th century.

An end to a peaceful relationship

The synagogue that stood on the square near the City Hall in Cologne is the oldest north of the Alps. In the immediate vicinity, archeologists found evidence of well functioning cohabitation between Jews and Christians. 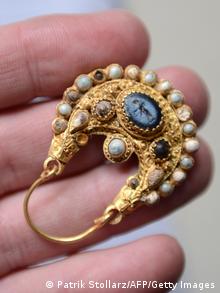 "The Jewish quarter was closed, but it was also one that engaged in interexchange with Christian citizens," Trier said. That changed after the pogroms that occurred in 1349 and the resulting persecution of the Jewish community. In 1424, all Jews were forced to leave the city.

One spectacular record of the pogroms is a gold earring that archeologists secured on the square at the City Hall. It is likely that the owner of the piece - an outstanding example of Salian goldsmithery of the late 10th and early 11th centuries - hid it there to protect it from plunderers.

The planned Jewish Museum is unique in that it will be built in an authentic location, on the site of the synagogue that once formed the religious and spiritual center of the Jewish community. 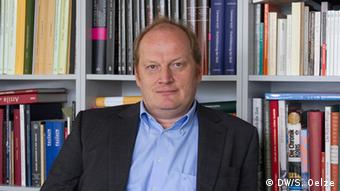 Marcus Trier is director of the Romano-Germanic Museum in Cologne

The construction blueprints by the architecture firm Wandel, Höfer, Lorch + Hirsch encompass the remains of the synagogue and the mikveh. The design for the museum was selected in 2007.

An archeological zone is also planned to connect treasures from antiquity to the Middle Ages through an underground tunnel, making them accessible to visitors.

The project, however, has many opponents, not least because the city of Cologne is plagued with financial difficulties and is currently struggling to finance its existing museums.

An argument between Germany and Turkey about ancient treasures is escalating. Turkey wants its treasures back, but German archeologists say Turkish sites are being exploited for tourism. (27.04.2013)

The Celts were long considered a barbaric and violent society. But new findings from a 2,600-year-old grave in Germany suggest the ancient people were much more sophisticated than previously thought. (19.01.2013)

Will Cologne soon have its own Jewish UNESCO World Heritage Site? 10.11.2020

It is the oldest historic Jewish neighborhood north of the Alps. The City of Cologne now wants to turn this little quarter into a UNESCO World Heritage Site in coming years.