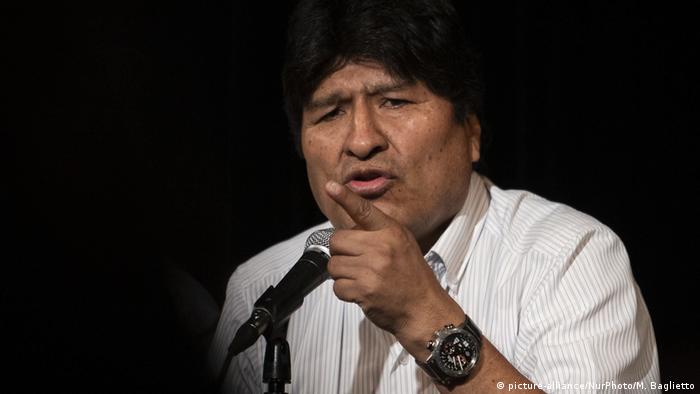 The exiled former president of Bolivia, Evo Morales, said Tuesday in Buenos Aires that he would lead his socialist MAS party's campaign in elections expected in the next few months, although he himself would not run for office.

Morales spoke during a press conference in the Argentinian capital where he has lived under refugee status since December 12. Joined by several members of his former government, Morales is set to influence Bolivia's politics from the relative proximity of Argentina.

According to Argentinian media, Morales plans to set up a campaign headquarters in the town of San Ramon de la Nueva Oran, located near the Bolivian border.

"I am not a candidate. I will not be a candidate as things are, but I have the right to do politics," Morales said Tuesday. "I am convinced that we will win the upcoming elections again."

Morales has found an ally in the newly inaugurated Argentine President Alberto Fernandez, who has said his government would not restrict Morales' "freedom of expression." 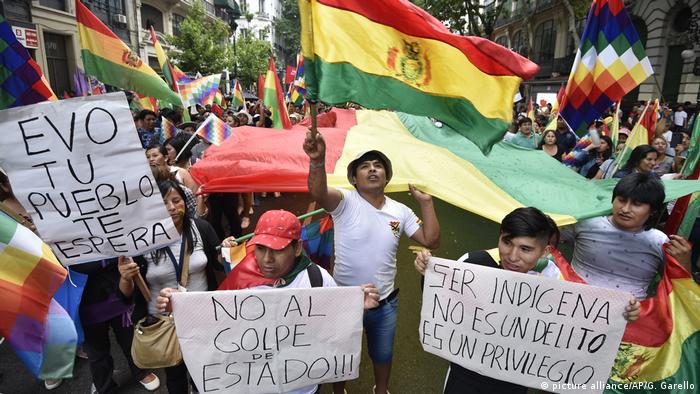 However, after nationwide protests over allegations of fraud and the Organization of American States (OAS) saying there were vote counting irregularities, Morales resigned on November 10 and left Bolivia for political asylum in Mexico. He maintains he resigned under duress in a military coup.

Senate vice president Jeanine Anez took power as interim president after Morales left. She has pledged to hold fresh elections, but a date has not yet been set.

Morales told Greenwald that Anez proclaimed herself president, and was part of a "fascist and racist" minority government seeking to malign Bolivia's indigenous population.

Anez has expressed concern that Morales will use Argentina as a launching pad for a potential return to Bolivia.

Although Morales could face prosecution on sedition and terrorism charges if he crosses the Andes to return home, the former leader said he is "not afraid of arrest."

According to Moira Zuazo, a Latin America expert at Berlin's Free University, the MAS party is split along ideological lines.

"Modern forces in the party cooperate with the interim government, and are interested in the pacification of the country. The other wing of the party stands with Morales, behaves more radically, and is less ready for dialogue," Zuazo told DW.

Without the support of moderate MAS members, a resolution for Bolivia's political crisis with new elections would be impossible, the expert continued.

Nevertheless, without Morales, the future of the MAS as a force in Bolivian politics is uncertain.

"For 14 years, this party was totally geared towards Morales. There were different directions within the party, but there hasn't been a leader like Morales."