With the 100th anniversary of the outbreak of World War I quickly approaching, a European project is digitally documenting personal memorabilia - before it is lost forever to time and indifference. 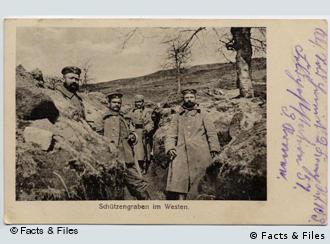 The new digital archive promises more than a momentary insight

Come the summer of 2014, a century will have passed since the Austro-Hungarian invasion of Serbia which triggered the Great War. Over more than four years, an average of 8,000 lives was claimed each day.

To mark the centenary and pay tribute to the millions of families affected by the conflict, Oxford University and Europeana, a multi-lingual digital archive of Europe's cultural and scientific heritage, are working on a project called The First World War in Everyday Documents.

The idea is to recreate a reliable picture of what it was like for ordinary folk to fight in and live through World War I. Using family photos, letters and diaries, the organizers are aiming to build a massive archive which tells previously untold tales from hearths and fronts across the world. 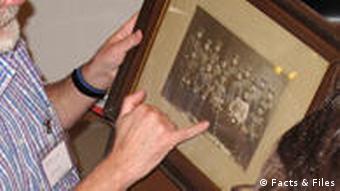 It will not only serve as a free resource for historians, but will give future generations clear visual and psychological insights into the collective horrors of life between 1914 and 1918.

"The main aim of the project is to look at the awfulness of war and its effects on families," Oxford University military historian Everett Sharp told Deutsche Welle. "What strikes me is that in 1915 both British and German soldiers were writing home from the front saying 'I hope this war is over soon.'"

Emerging from the shadows

Only it wasn't. It would be another three years before the guns finally fell silent, by which time more than 16 million people had been killed, 21 million injured and families across Europe had been torn apart. Yet for all the tragedy and misery of the war, Frank Drauschke, historian with Berlin's Facts & Files research institute says it has more or less been forgotten - at least in Germany.

"The Second World War and the suffering it brought in all kinds of ways were so big that the suffering from the First World War has been overshadowed," explained Drauschke. 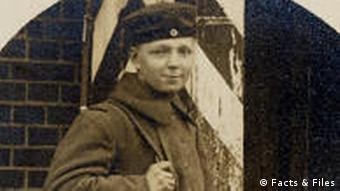 The Europeana project, which is funded by the European Commission and is partly accessible already, aims to change that. A team of experts is currently in Germany to invite residents to go along and share whatever memorabilia they have from the era. So far, the resonance has been strong, which Drauschke attributes to the fact that people are eager to show off their family treasures.

"When you ask people to bring their memorabilia to something like this, they feel as if it is finally being recognized," Drauschke said. "They feel as if they are making a contribution rather than just having their stuff standing around in the attic."

For historians, the proverbial attic is a worrisome place. At best, the documents stored there collect dust; at worst, they fall prey to the ruthless hand of the spring cleaner. The digital archive hopes to encourage people to dust down what they have and share it with the wider world, either by uploading it themselves or taking it along to a road show. 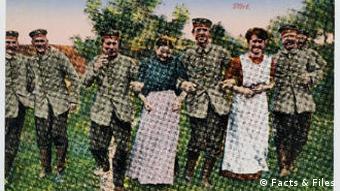 A rare moment of lightness

Europeana's Senior Communications Officer Jon Purday says the shows offer people a chance to learn more about their own families. They have already been held in the UK and will now move on to France, Belgium, Poland, the Baltic states, the Balkans, Austria and Italy.

"People bring things in and say 'I think that was my great-grandfather but I don't know where he was or what he did,' and our historians can look at the evidence and say 'we know where he was an infantry officer and that this helmet means such and such,' so people go away knowing a lot more, and feeling pleased to do so," Purday told Deutsche Welle.

There is no doubt that encouraging people to contribute their private material to a public archive, opens up the war in an entirely new way. It makes it intimate and expansive at the same time, and it reaches places that textbooks simply cannot. 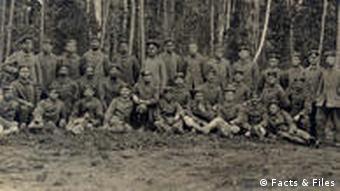 Europeana historians can provide information about days gone by

"Books always use the same kind of photographs, but when you retell history though a personal story, it affects people much more," Europeana contributor Guido Papperitz said. "That's why I wanted to offer what I have instead of just keeping it in a drawer."

The organizers plan to complete the archive by 2014. It will not only contain private material but official documents including newspapers and war records, which national libraries across Europe are digitizing as part of the project.

"Users will be able to explore from all sorts of different routes and get different views of material, the conflict from the bottom up and from the top down," Purday said. "It works if you can cross boundaries, between the public and professional and between the different countries."

Different countries means different languages, and while the team does not have the capacity to translate documents, the hope is that a community of users will gradually form around the archive and offer to transcribe documents in it. Once transcribed, every word becomes searchable and translatable using Internet tools.

"With such tools and people's voluntary energy we can create a much bigger, deeper resource," commented Purday.

Follow the link below to view the archive and contribute to it. Then send us an email at feedback.english@dw-world.de with a photo of your World War I artifact or document.

Each year on November 11, Armistice Day, ceremonies take place at Commonwealth war cemeteries to commemorate the dead. But only a few come to remember the German soldiers who died on Flanders Fields in WWI. (11.11.2010)

Users can browse existing material in German and English and upload new documentation.