This spring, Mount Everest has been climbed over 500 times. Ten people have died this season, including two German mountaineers. But the problems on the earth's highest mountain are homegrown. 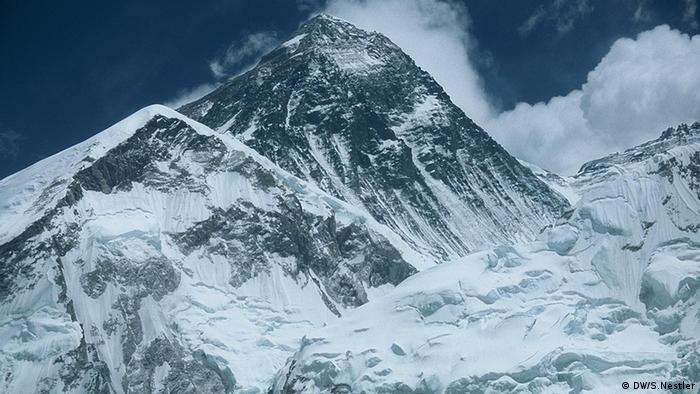 South side of Mount Everest

That can't go well for long. In one long line, mountain climbers head up to the summit of Mount Everest on Saturday, May 19. The line backs up at the cruxes on the south ridge. German Richard Stihler is among those who have already reached the summit at nearly 8,850 meters (29,029 feet) and are on their way back down again. At Hillary Step, a climbing section 100 meters down from the peak, "climbers ascending and descending got so wedged in that they could not move back or forth," said Stihler, an architect from Lahr in southern Germany, when describing the life-threatening situation.

"After about two hours of waiting in the ice-cold, a gap opened up at about 8,800 meters which we could escape through," he explained. "For a few mountaineers after us, this endless blockade ended in severe frostbite or death."

Six people lost their lives near the peak that weekend, including two Germans. Some 300 mountain climbers reached the top. It's the everyday madness at Mount Everest.

This past weekend, another good-weather opportunity presented itself, with 180 climbers reaching the top. Chaotic scenes like those from the previous week did not occur; there were no deaths. Over 500 ascents on Mount Everest have been made this spring alone. Swiss alpinist Ueli Steck and his Nepalese climbing partner Tenji were the only ones to reach the top without extra oxygen.

That brought the number of ascents on Mount Everest since New Zealander Edmund Hillary and his sherpa Tenzing Norgay reached the top of the world in 1953 to more than 6,000. Among those who reached the summit this year was 73-year-old Tamae Watanabe - a Japanese woman who broke her own record from 2002 for being the oldest woman to ever reach the top of Mount Everest. 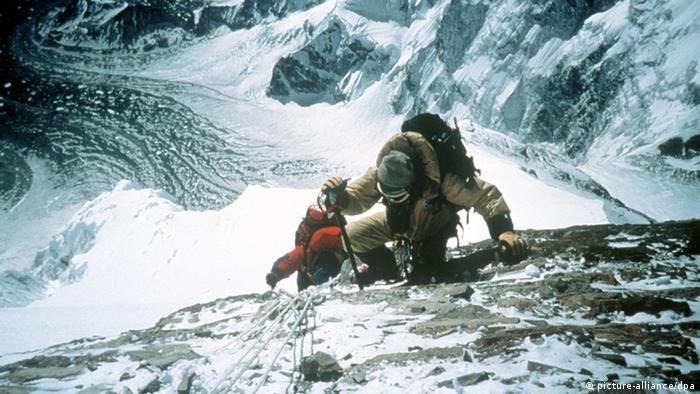 Too many inexperienced mountain climbers

Ten fatalities were confirmed this spring. There have not been that many since the year 2006. In total, 233 mountain climbers have died on Mount Everest. Looking at statistics from more recent years, one notices that deaths resulting from the more "classic" causes, such as avalanches and falls, have been rare. Altitude sickness, on the other hand, has become more common. That's no coincidence. Every year, hundreds of mountaineers attempt Mount Everest - and many lack alpinist experience.

Commercial operators have promised them that they will reach the top of the highest mountain on Earth for a price of 45,000 euros ($56, 400). On both the Nepalese south side as well as the Tibetan north side of Mount Everest, sherpas hang fixed ropes along the normal routes up to the summit, to which mountain climbers can attach their jumar clamps. Sherpas also set up high camp, haul up oxygen tanks and even paying customers' baggage. And not out of camaraderie: for every mountain climber the sherpas guide up to the summit and back, they get a bonus.

Suddenly, the oxygen tank is empty

Each spring, there are only a few windows of opportunity for good weather over two to three consecutive days when the view is excellent. During this period there's little wind and tolerable temperatures make an ascent possible. Naturally, everyone wants to take advantage of the opportunity.

The consequence: endless lines at the fixed ropes, traffic jams at the difficult passages. In the so-called "death zone" above 7,000 meters, where one cannot survive for any extended period of time without extra oxygen, that can lead to very dangerous situations. The ascent takes longer than planned, the oxygen supply dwindles, and suddenly, the tank is empty. Experienced mountaineers will regularly check their oxygen levels, throttle the supply when they notice it's getting low, and if necessary, turn back. Paying customers, on the other hand, usually blindly rely on their sherpas and mountain guides who, in a serious pinch, could hardly help them above 8,000 meters. 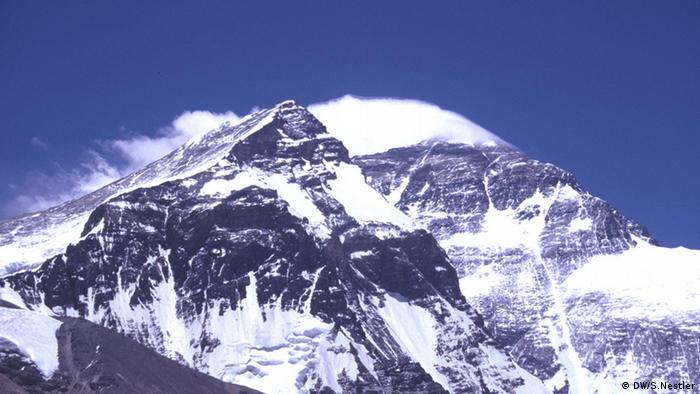 "We have to put a stop to mass tourism on Mount Everest," demands mountaineer Reinhold Messner of South Tirol, the first person in the world to ascend all 14 mountains over 8,000 meters. "As long as a Disneyland mentality reigns there, people will die."

His appeal falls on deaf ears - just like the warnings of so many people before him. Too many people earn well from the Everest business: expedition operators, sherpas, other local people and also the Nepalese government, who sells permission to ascend the highest mountain on earth.

As tragic as each death is, a real catastrophe has not occurred in the past few years on Mount Everest. That would be if an avalanche of ice were to fall over the endless line of summit aspirants, for instance - not an unrealistic scenario. After all, rising temperatures as a part of climate change have also been recorded in the Himalayas, increasing the risk of avalanches.

A wave of more than 200 climbers is headed for the top of Mount Everest, raising concerns about more accidents on the the world's highest mountain. The influx comes in a week that has already seen a number of deaths. (25.05.2012)

Winter fun in the Alps

Feeling down this winter? Then explore Germany's highest point - for skiing, ice climbing and unbeatable panoramas. (02.01.2012)

Thousands of people have climbed Mount Everest since it was first conquered in 1953. While adventurers continue to set out to defeat the world's highest mountain, a trail of garbage is what is left behind. (13.06.2011)