Public debt in the 18-member eurozone soared to a record high in the first quarter of 2014. The embattled economies of southern European nations accounted for much of the increase. 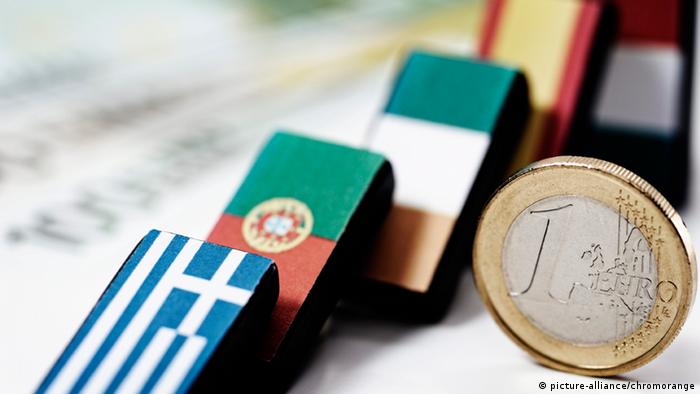 The collective debt of countries sharing the euro currency edged up in the first three months of the year, following half-year gains along the bloc's weaker periphery, the European Union's statistical office, Eurostat, reported Tuesday.

Public debt in the euro area climbed 1.2 percentage points from 92.7 percent of gross domestic product (GDP) in the final quarter of 2013 to 93.9 percent in the first three months of 2014.

Eurostat indicated that first-quarter debt levels in the eurozone had for the first time surpassed the 9 trillion euro ($12.2 trillion) threshold.

All eyes on EU's weaker members

Responsible for the overall increase in public debt were the bloc's weaker members Italy, Spain, Portugal and Greece.

The highest ratio of public debt-to-GDP was registered in Greece, where austerity measures have exacerbated the country's debt burden. Eurostat said Athens had logged a whopping 174.1 percent ratio.

Is the eurozone crisis over?

In the whole of the euro area, securities other than shares accounted for the bulk of general government debt (79.3 percent), while loans and deposits played a much smaller role.