Imperfect, raw and vibrant: in the nightlife districts of the Greek capital Athens, young life pulsates and ancient cultural treasures such as the Acropolis are always worth a visit. 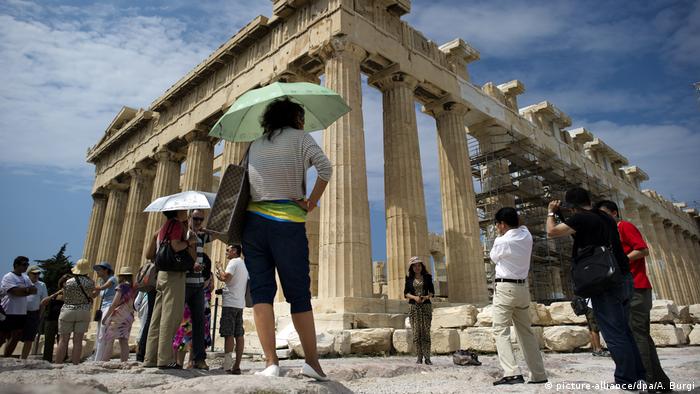 Even if the modern Athens is notorious as a concrete jungle, 3,000 years of European cultural history continue to attract travelers to the Greek capital: above all, to the Acropolis castle mountain with the Parthenon temple. It symbolizes like no other building the golden age when philosophy, theater, natural sciences and mathematics were in full bloom and Athens was the birthplace of Europe's first democracy. According to myth, even the Greek gods fought over who would be allowed to name the up-and-coming "polis;" in other words, the city. 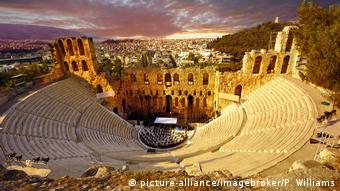 At the Odeon of Herodes Atticus, up to 5,000 spectators were able to watch dramas in ancient times

A large part of the ancient city center around the Acropolis has now been transformed into a three-kilometer-long archaeological mile. It leads to the most important ancient sites. A stroll through the ancient market square, the Agora, with the Tower of the Winds, is just as much a part of it as a subsequent visit to the Plaka old town.

Athens is also not sleepy when it comes to museums. In summer, life takes place on the beaches in the south along the Attic Riviera, which offers sports facilities, shopping centers and nightclubs. All year round, the younger generation party in the nightlife districts. People eat and meet in newly opened bars, for example in the Gazí district or in the former industrial district of Psirri, which developed into a trendy hot spot after the 2008 financial crisis. The nightlife in the dilapidated buildings with their graffiti charm today attracts people from all over the world.

For many tourists Athens is a stopover on their way through Europe. Short trips to European cities are very popular. But what can and should you have seen in 48 hours? DW presenter Meggin Leigh will be checking this out in Europe's most exciting cities, which she will also present in the series "Meggin's perfect weekend" on DW's Euromaxx.

Surfing and stand up paddleboarding at the Vouliagmeni beach, Leof. Posidonos 4, Vouliagmeni 166 73

The shopping is as varied as the districts themselves. While Monastiraki with its alleys and markets is considered the flea market district of Athens, the shops in the alternative Psirri quarter offer handmade clothing such as Greek sandals, jewelry and accessories.

And this is Athens too: boutiques and jewelers. They are located in the city's most expensive district, Kolonaki, between Syntagma Square and Lycabettus Hill. A cable car takes visitors to the viewpoint of Athens's highest city mountain.

For some time now, cycling tours have become increasingly popular in Athens. The tours not only take you to the sights in the center but also along the coast. 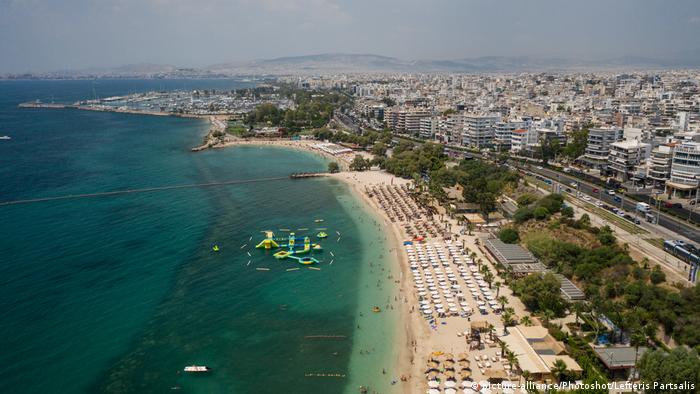 Varkiza, one of the most popular beaches in Athens

More than just souvlaki and ouzo

While in the "kafenío", the traditional Athenian café, a sweet mocha made from ground coffee is served hot or cold, in the ouzeri, the high-grade aniseed schnapps ouzo is available by the carafe to accompany your meal. There is also a trend towards organic cafés, especially in the university district.

Traditional and simple dining — this is possible in the tavernas, which are always well frequented in Athens. For the mesédes, small appetizer plates such as peppers, tzatziki and other vegetables, are assembled on tables with paper tablecloths on them.

Typical local dishes like grilled sardines or bean stew can be found in the partly hidden tavernas around Athen's central market or in the harbor district of Piraeus. In some tavernas, guests are, like in the past, taken to the kitchen, where they can choose their dishes directly from the cooking pot.

Young Greeks like to meet in restaurants that have just opened. If you want to get an overview of the current gastronomic scene in Athens, you can also book a special city tour. 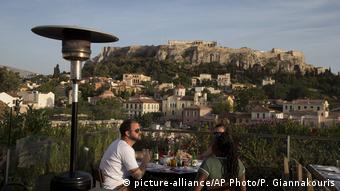 Place with a view - restaurant in front of Acropolis hill

The bar scene in Athens can keep pace with the international scene. Among others, the stylish all-day cocktail bar "The Clumsies" in the Psirri district and the "Baba Au Rum" not far from the central Syntagma square have won awards. The latter is known for its large selection of rum cocktails. If you prefer to combine having a drink with a great view, the bars overlooking the Acropolis are the place to go. In the Couleur Locale locals also enjoy a drink. The roof terrace bar of the Electra Metropolis Hotel also offers a beautifulview of the Acropolis.

Exotic flowers, rugged rocks, a mild climate all year round — Madeira is a desirable place for many people. The capital of the Portuguese garden island in the Atlantic Ocean is the old trading town of Funchal. (04.10.2019)