EU Agriculture Commissioner Ciolos wants to stop subsidies for agricultural exports to Africa. But that is unlikely to diminish the flood of cheap poultry that is demolishing Africa's domestic poultry industry. 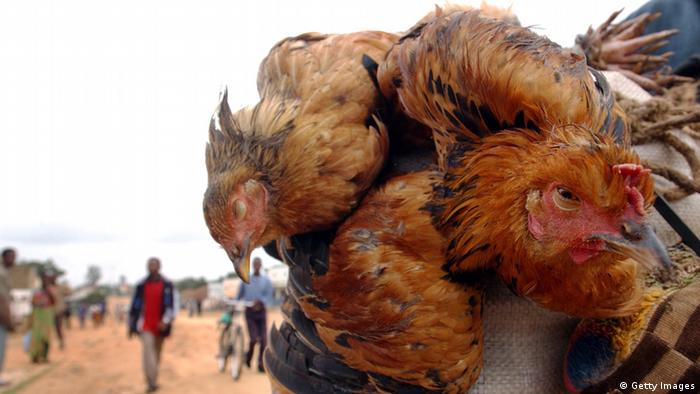 It is 30 degrees Celsius (86° Fahrenheit) in the shade in the Ghanaian capital Accra. Traders at the Kaneshie market are all sweating profusely. On open counters, the poultry meat is slowly thawing out, water trickles down the glass panes. Cardboard boxes in the nearby cold store are turning wet. In countries like Ghana, where refrigerated warehouses often break down, frozen imported meat poses a huge health risk.

Nonetheless, Ghana imports about 165,000 tons of cheap meat from Brazil, USA and Europe every year. This is meat that nobody in the exporting countries wants to eat.

Back in 1980s and in 1990s Ghana was able to meet 80 percent of its national poultry demand with domestic production says Quame Kokroh, Executive Secretary of the National Poultry Association. "Since then, cheap imports turned the market upside down. But today our farmers have a share of only ten percent and we are afraid that we will lose that too," he said

Fillets for Europe, inferior cuts of meat for Africa 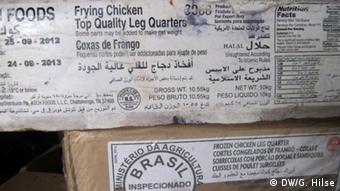 90 percent of frozen imports are from Brazil, the US and the Netherlands

Official statistics say every German eats nearly 19 kilograms of poultry per year. Breast of chicken is the most popular cut. It is not only beautifully white and tender and also has a low fat content. It is also what the heath conscious in Europe prefer.

German farmers produce 25 percent more poultry than their consumers eat. Parts of the birds that can't be sold easily in Germany, such as the innards, are shipped to Africa.

Africans are sold the "Chicken Back" which is the bony back part from which the white breast has been removed.

From 2011 to 2012, German exports of poultry to Africa increased by a staggering 120 percent. A total of 42 million kilograms of poultry were exported to African countries in 2012. European Statistical Office (EUSTAT) says ten percent of all poultry exports to Africa come from Germany. The remaining 90 percent comes from Brazil, the US and the Netherlands.

The volume of exports is not the problem says Francisco Mari, who is an expert in agricultural trade at the German relief organization Brot für die Welt. The issue is the low price at which the meat is sold to African consumers. It is so low that the imports capture the market and drive local competitors away.

Mari said Ghanaian consumers can buy imported frozen chicken parts for the equivalent of two euros (3$) whereas the price of a whole chicken from the farmer next door is four euros. The reason that the EU poultry parts can be so cheaply exported to Africa is because of the introduction of factory farming. Production costs are covered by European sales alone.

Millions made by selling poultry to Africans

In 2003, Ghana's Parliament tried to fight the cheap imports by increasing in import duties, but after a short time, the government overturned the law. "I think it was the pressure from the international community," says Quame Kokroh from the Ghanaian Poultry Association. Francisco Mari agrees. "Ghana was negotiating with the World Bank for a debt relief loan at the same time. If the government had not backtracked, then the state would have lost a lot of money."