Forget beer and bratwurst, Dortmund now houses Europe's only all-vegan supermarket. Offering chocolates, fake tuna and even dog food, the store is hoping to cash in on a small but rapidly growing market. 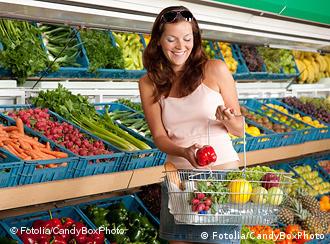 Renowned for its mining industry and blue-collar attitude, Dortmund is an unlikely choice for Europe's first vegan supermarket.

"If someone opens a supermarket that has no animal products in them, that seems crazy," said animal ethicist and store owner Ralf Kalkowski. "But people are celebrating."

Vegilicious, which opened on February 26, occupies over 100 square meters in the city-centre, technically making it the only vegan supermarket in Europe.

Using soy, spices, and oils to supplement traditional animal-based ingredients, the shelves are stacked with over 1500 products. Vegilicious offers chocolate bars, cereals, and even meat imitations, like fake chicken wings, which use cane sugar sticks to serve as 'bones.'

"People say they can't live without cheese, but we've got 30 different cheese alternatives," said Kalkowski, who co-owns Vegilicious with wife Kim. "You can have anything you think you might be missing, so there's no need to eat animal products anymore."

Starting with a café and online shop, the Kalkowski's and their 16 staff have so far maintained a customer flow of 120-150 people per day. They have even managed to attract non-human clients, selling vegan dog- and cat food.

"It's ridiculous if you rescue one animal, but feed them with another dead animal," he said. 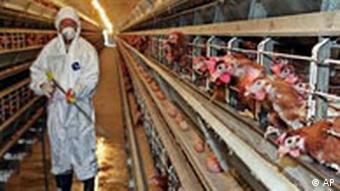 Vegans abstain from foods containing any animal products, including egg, honey and milk. This differs from vegetarians, who only renounce meat.

"Vegans believe animals should be left alone, it's not just about avoiding cruelty", said Amanda Baker, from the Vegan Society UK. "If animals are farmed, you have to take away their freedom."

Baker told Deutsche Welle that many male animals are killed at birth because they cannot reproduce, while females are exploited for artificial breeding, which dramatically decreases their life expectancy.

"For example, the dairy industry and the meat industry are the same industry. You can't separate one from the other," she said.

Aside from animal ethics, some turn to veganism to stem environmental problems. According to the UN Food and Agriculture Organization, the livestock sector is responsible for 18% of the world's greenhouse gas emissions, as well as being a major cause of deforestation and water pollution.

Veganism can also reap health benefits, as high meat consumption has been linked to cardio-vascular diseases, which are responsible for 49% of European deaths annually.

Kalkowski explained that many older customers have shopped at Vegilicious for health reasons as his products are cholesterol free. 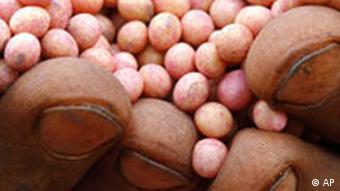 Veganism has been stigmatized as expensive and excessive and vegans are often regarded as extremists for going beyond vegetarianism, according to Kalkowski, who laments the reactions of some meat-eaters to the opening of Vegilicious.

He said that when his supermarket was first mentioned in the press, the paper was forced to remove online comments inciting a pro-meat flash mob before his store.

He thinks these prejudices are based on myths, of which the biggest is the assumption that a meatless diet deprives the body of vital nutrients.

"You can get all necessary nutrients from a plant based diet, except for vitamin B12," Kalkowski explained, "and that's one thing we supplement with a product from the UK."

Importing products from the UK, US and even Australia is common, but a significant portion of vegan merchandise is produced locally, according to Germany's biggest Vegan Wholesaler, AVE.

AVE owner Tobias Graf believes veganism's popularity is expanding, not least because his business is booming.

"In the last few years a lot of new products were established, produced and discovered," he said. "We've personally grown year by year, 100% for the past three years."

It is not only vegans who are catching onto the craze, "No, I'm not vegan," one Vegilicious shopper explained. "I have never tried real vegan food. I think it's good so I can now try."

Ralf Kalkowski hopes his supermarket will entice more people to buy animal-free food, but the question remains - how do vegan products truly taste?

"It even tastes better," he said, "because you have a good conscience."

'Lucy' was no butcher after all: new study

A report that found that ancient humans used stone tools to butcher meat at least 3.4 million years ago is under fire from scientists who say the study misinterpreted cut marks in animal bones. (17.11.2010)

After the dioxin scandal shook consumer confidence in German agricultural products, demand for eggs dropped some 20 percent. But one group has seen a boom in sales - organic grocers. (27.01.2011)

Organic and fair trade produce at Berlin's celebrated agricultural fair, International Green Week, are doing better business than ever, amid a dioxin scandal that has sapped confidence in conventional German farming. (24.01.2011)