Tough new measures come into force on in an attempt to break the nicotine habit of Greece, Europe's heaviest smoking nation. But there are serious doubts that the new law will have much impact. 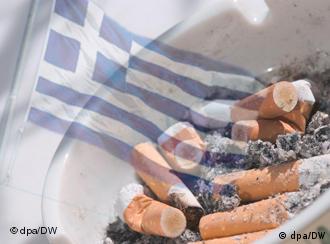 Is the new law the last gasp for Greeks?

Greece lags behind the rest of Europe in terms of smoking legislation and attitudes. The new campaign, banning smoking in public places as of Wednesday, is designed in part to reduce the heavy burden on government finances.

Each year, 20,000 Greeks die from tobacco related illnesses and the cost in terms of health care amounts to 2.14 billion euros ($3 billion).

Some 40 percent of all Greeks smoke and 60 percent of the population is exposed to passive smoking in the workplace.

"The moment of truth has arrived," said Health Minister Dimitris Avromopoulos. "This ban aims to bring a change that will revolutionize people's outlook. Greek society is mature nowadays and ready for the ban."

Under the new rules, smoking will be banned in hospitals, schools, vehicles and all public spaces. Billboards advertising cigarettes will be banned.

Small cafes and restaurants with premises measuring less than 70 square meters can choose either to be tobacco free or to admit smoking only patrons. Bigger establishments can have clearly identified and ventilated smoking areas.

In order to give teeth to the new regulations, smokers who break the law can be fined up to 500 euros. On the first offence, businesses will be fined 1,000 euros. Repeat offenders will face even bigger fines, and ultimately on the fourth violation could risk losing their license. 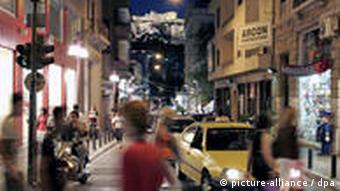 Athens nightlife won't be the same with the smoking ban

In a country that has grown its own tobacco for centuries and seems to exist within a fog of nicotine fumes, many regard the new law as an infringement of civil liberties.

"It's going to be bad for business to start with, especially with the Greeks because everybody smokes," said restaurant manager Lisa Panti as she lit a cigarette outside the Gondola in Corfu's old town. "And if they can't smoke in the restaurant they aren't going to come out. It's really bad, it's stupid."

Panti said in terms of income, the new law is going to be bad for business everywhere. But Pericles Katsaros at the rival Rex restaurant 100 meters along the same pedestrian street disagreed.

"Look it's really good for restaurants, because if you stop smoking in closed rooms, it doesn't smell bad and customers can enjoy their food," Katsaros said.

The Health Ministry has promised that its new anti-smoking task force will swoop on premises within twenty minutes of receiving a complaint about cigarettes. But the head of the unit responsible for implementing the new rules has promised that it will be done gradually.

On paper, it would appear that Greece's measures look certain to succeed. But this is a country with a long tradition of defiance. Parliament is adept at introducing new legislation, but enforcement in many areas is an institutionalized failure. 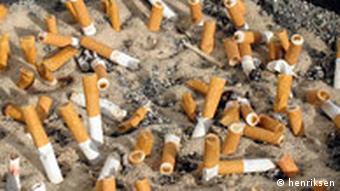 Will Greeks snub out their smokes the way they're told?

Tens of thousands of motorcyclists, for example, routinely ignore rules demanding that they wear crash helmets. Motorists share a cavalier attitude towards regulations and frequently treat traffic lights as being a suggestion rather than compulsory.

Hundreds of millions of euros have been spent on closed circuit surveillance cameras in Athens and other cities, but they are idle because of public resistance. Why should smoking be any different?

There may be occasional blitzes by the authorities, but unless the rules are firmly and consistently applied, they are at risk of failing.

"I really think smoking is a bad habit," said Anastasia Pettas from the island of Zakynthos. "But Greeks are not used to following rules."

"When you try to make Greeks do something, it's worse," Patra said. "They do the opposite on purpose and they are going to continue to do so. But I'm happy about the new rules, because where ever I go, everybody smokes, and I can't stand the smell. I hope it works."

WHO pushes for graphic warnings on tobacco products

The World Health Organization (WHO) has urged governments to require that all tobacco packages include pictorial warnings to show the sickness and suffering caused by tobacco use. (31.05.2009)

The European Commission wants to ban smoking in bars and restaurants across the European Union, officials in Brussels said Monday, Oct. 27. (27.10.2008)

Germany's Federal Medical Society is proposing that nicotine addiction be classified as an illness in a bid to help the country's smokers quit. Not everyone is behind the idea. (17.09.2008)