European Press Review: Turning Up Pressure on China | Europe | News and current affairs from around the continent | DW | 17.03.2008

While European newspaper editorials condemned the Chinese government's violent response to the uprising in Tibet, there was disagreement on whether to boycott the upcoming Olympic Games in Beijing this summer. 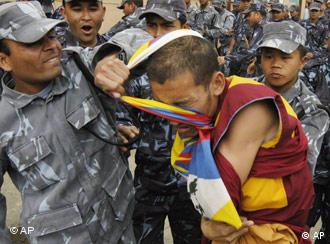 The Chinese government is convinced that it can violently suppress the uprising in Tibet without facing any real consequences from the rest of the world, and it's probably right, said the Rome daily La Repubblica.

"The international outraged at the suffering in Tibet and the demonstrations at Chinese embassies around the world will never influence leaders in Beijing. By cruelly suppressing the revolt, the Chinese regime is making a calculated risk … China is a colossus which other nations handle with velvet gloves. Western governments will continue to give the upper hand to Realpolitik over humanitarian solidarity."

The Zurich-based Neue Zuercher Zeitung wrote that while the world's indignation about the crisis in Tibet is "understandable and correct," it is not necessarily productive. Western leaders need to be much more assertive with China. 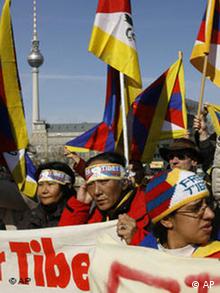 Demonstrators took to the streets around Europe

"Sporadic indignation and hasty kowtowing before dictators and their wishes does not create respect for democracy in China. Those people that don't possess the backbone to defend their own values and convictions are not respected in China."

The German Leipziger Volkszeitung came out against a boycott, which it called a "demonstration of powerlessness" on the part of the West.

"If sports are supposed to play the world's moral authority, the policy has failed," the paper commented. "Neither the United Nations, the US or the European Union has convinced the ruling powers in Beijing to solve the Tibet problem without using force. As Moscow in 1980 and Los Angeles in 1984 have shown, boycotts harm only the athletes and are politically ineffective."

The conservative Norwegian newspaper Aftenposten said that while a boycott is not an ideal way of dealing with China, governments might be left with no other choice.

"At the moment, a boycott of the Olympics would not seem to be the most effective," the paper opined. "But how China reacts in relation to the unrest will be of crucial importance. A bloodbath in Tibet would make it impossible to take part in a peaceful sports rivalry in Beijing."

The Dutch newspaper de Volkskrant wrote that a boycott of the Summer Olympics would send the wrong signal. China knows that it has a lot at stake, the newspaper wrote in an editorial Monday, and will do what it takes to avoid damaging its reputation. 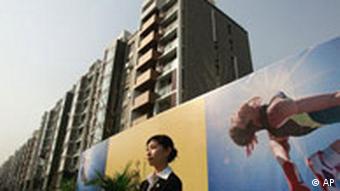 China sees the Olympics as an important publicity event

“The Chinese rulers are faced with a big dilemma," the daily said. "A clampdown, which would cause a lot of bloodshed, brings with it the risk of substantially damaging its reputation."

The conservative Vienna newspaper Die Presse opposed a boycott, pointing out that the Dalai Lama had also spoken out against it.

"[The Dalai Lama] said China has earned the Games, yet it's the international community's 'moral responsibility' to remind the Chinese leaders that they must be a respectable host. That may sound wimpy, but the wise religious leader is right. A boycott doesn't make sense. The 'youth of the world' will be travelling to Beijing ... The Chinese government should be told that its behavior until now in relation to its own ethnic and religious minorities is simply unworthy of a large nation." 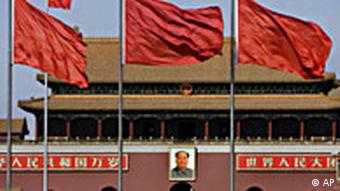 The Chinese government realizes its reputation is on the line

The Chinese government should react positively to the Dalai Lama's refusal to call for a boycott of the Olympics and start “dealing seriously with Tibetan grievances,” said the British newspaper the Financial Times on Monday.

"The Dalai Lama condemned what he called China's 'rule of ­terror' and 'cultural genocide' in Tibet. But he refrained from joining calls for a boycott of the Beijing Olympic Games in August. In the current violent circumstances, that is an olive branch, and Chinese leaders should grasp it."

The German Rheinische Post said countries should be forceful in their condemnations of China.

"China is ... a brutal regime which suppresses, locks up and kills dissenters," the Dusseldorf-based daily wrote. "Blood is on the hands of the ruling leaders, even if they long ago exchanged Mao for tailored suits. China wants to present itself to the world as a modern government that is on its way to becoming the second world power after the USA. An Olympic boycott would burst this dream. If the pressure of the world community does not immediately stop the blood from pouring in Tibet, then the youth of the world should not decamp to Beijing. It would be despicable to step over the dead bodies of Tibetans in order to summon the cheerful spirit of the games." 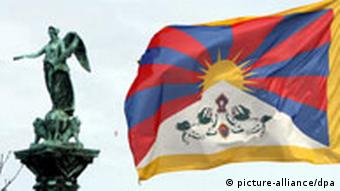 The Tibetan cause has a lot of support in Europe

Munich's Sueddeutsche Zeitung said that sponsors are slowly beginning to ask themselves whether the publicity is worth the damage to their brand names.

"It's time to remind the Communists in Beijing that they need to remember that the Olympic Games do not only mean billions of advertising dollars and building contracts for the sons of party elites, but also require responsibility. When the government invites millions of people to a peaceful celebration in the capital, it cannot be simultaneously swinging clubs in Lhasa and arresting more dissenters."

EU leaders and government ministers meeting in Brussels for their traditional spring summit on Friday, March 14, focused their discussions on the growing concerns about the world economy and the threat of climate change. (14.03.2008)

Do you think athletes should boycott the Olympic Games? Please include your name and country in your reply.