Some European papers saw the US Iran report as a danger to Israel, while others took it as hope for diplomacy. In any case, World War Three has been avoided -- at least for now. 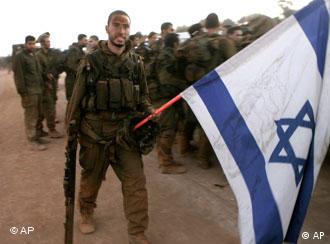 The US may now be less inclined to come to Israel's aid, opined several European papers

Writing on Wednesday, Dec. 5, from Munich, the Süddeutsche Zeitung said the recent US report, which stated that Iran had halted its nuclear weapons program in 2003, was intended to avoid a mistake similar to the invasion of Iraq in 2001.

"The domestic consequences of the reversal are incalculable," continued the paper. "The distrust will now intensify in favor of the Democrats."

Only Democratic presidential candidate Hillary Clinton's popularity will suffer from the report as she had been the most outspoken against Iran in her party, opined the Süddeutsche Zeitung. 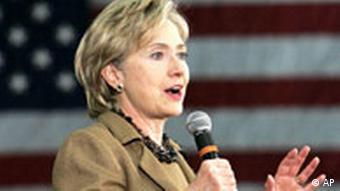 The report could be bad for Clinton's election campaign

The Berliner Zeitung, writing Tuesday from the German capital, said the security report would impact elections in Iran as well.

"In Iran, all of the political camps will have to attentively follow the developments," wrote the paper. "Parliamentary elections are next year and the policy of the West will help decide how the advocates of reform fair."

Other newspapers focused on the effects the latest intelligence report will have on peace elsewhere in the Middle East.

While some, especially Israel, concentrated on the news that Iran indeed had a nuclear weapons program prior to 2003, others saw the new information as "a success for diplomacy that sweeps all military options off the table," wrote Vienna's Der Standard on Wednesday.

"But one pillar of [the US'] Middle East policy has just collapsed -- one that played a role in the Israeli-Palestinian peace conference in Annapolis in the form of a security guarantee for Israel," concluded the paper.

Similarly, London's The Guardian saw the intelligence paper as a potential danger for Israel.

"No matter who is president in Washington, Israel now confronts a united American military and intelligence front declaring that the Iranian nuclear issue is not urgent and probably not dangerous and rejecting an American military response," commented the paper Wednesday.

Bush, however, "judging by his immediate reaction to the NIE [report], will continue to be sympathetic to Israel's concerns."

In contrast, others expressed the hope that the knowledge that Iran does not possess nuclear weapons could encourage negotiation and diplomacy on all sides. 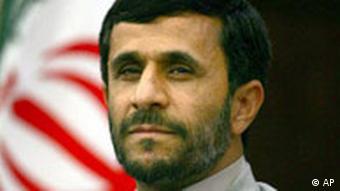 Will Tehran respond to the report with a willingness to talk?

"When we assume that Tehran doesn't have any military nuclear program, then, first of all, the danger of a military attack is reduced and, secondly, it means that negotiation is possible," wrote Le Figaro Wednesday from Paris. "A detente would also help peace in Lebanon and Palestine. But Tehran has to respond to Washington's open door."

From Rome on Tuesday, La Repubblica agreed that the US would have had to make good on its promises of "terrible consequences" if Iran had attacked Israel -- even though the US "had stuck its neck out too far" -- but conceded that it can now "allow itself the liberty of not doing anything (…) and dream the dreams of reconciliation with Iran and negotiations with Palestine."

After all, "the Third World War that George Bush had threatened last month as an inevitable reaction to Iran's nuclear bomb plans won't happen -- at least not at the moment."

EU to Keep up Pressure on Iran after US Report

A spokeswoman for EU foreign policy envoy Javier Solana said the European Union would keep up its twin track approach of dialogue and pressure. The report stated that Iran halted its nuclear weapons program in 2003. (04.12.2007)

Germany said this week's IAEA report on Iran was mixed. Berlin said it remained up to Tehran to prove that its nuclear ambitions were peaceful and to cooperate with the international nuclear inspectors. (16.11.2007)

How do you think the US' security report on Iran will influence global politics? Please include your name and country in your reply.