Putting their signatures to the founding charter of a united European Greens party in Rome, delegates from 32 countries formalized the creation of the first Europe-wide political party on Sunday. 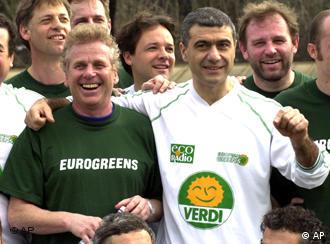 In a historic first, Green parties from across Europe united under the banner of a new European Green Party at a two-day pre-election congress in Rome.

The event, rich in symbolism as it takes place in the birthplace of the European Union, was opened on Friday by German Foreign Minister Joschka Fischer, a prominent member of Europe's strongest Green party.

Delegates, which included the heads of 32 Green parties from the 15 member states of the European Union as well as the 10 future members who will join on May 1, launched a regional manifesto at the meeting. As a result, the united Greens will be the only party fighting the European election on a common manifesto. 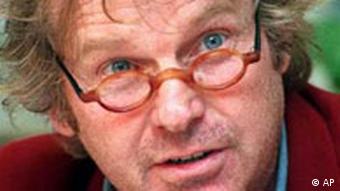 The move marks a significant move forward for the Greens, according to Daniel Cohn-Bendit (photo), co-president of the Greens in the European Parliament. "We want to closely integrate our policies and positions in the future," he told DW-WORLD. "It's about European-izing the Greens' campaign without contradicting national cultures," he added.

The congress's central task was to develop common political guidelines -- a difficult undertaking as Green parties in individual EU states have differing positions on controversial topics such as genetically-modified food, Turkey's EU bid and the floundering European constitution.

"There are clear majorities as well as divergent positions. For instance, the Swedes or Britons have a much critical take on the constitution," Cohn-Bendit said. "We need to openly discuss all that."

In its manifesto, the newly formed party now calls for the protection of the environment as well as finding peaceful solutions to conflicts. The ratification of an EU constitution is another goal adopted at the congress.

The congress was expected to be dominated by Germany's Green Party given its influential position in Europe.

The Greens first entered into a coalition with Chancellor Gerhard Schröder's Social Democrats in 1998. They were re-elected with their best-ever results of 8.6 percent of the vote in the 2002 national polls, reinforcing their standing as Europe's only Green party to be an active member of government. 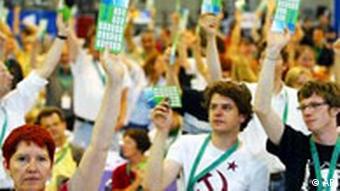 In the past five years, the party has pushed a Green agenda in German politics -- though some of it has been marked by compromise -- from a debate on the mobilization of German troops in the Balkans and Afghanistan, the transport of nuclear waste, setting a timetable for Germany's nuclear phase-out and more recently, a more socially-fair slant to the country's social and labor reforms.

Not much support from European counterparts

Few other Green parties in Europe come close to the German Greens' record.

Green parties in France, Belgium and Finland have all been forced out of the ruling coalition. The situation is no better in Scandinavia. The only hope is Austria, where the Greens still carry weight in mainstream politics. Austria's Greens took 9.47 percent of the vote and 17 parliamentary seats in the 2002 election.

A look at the Green record in the ten largely former communist states in eastern Europe, which will join the bloc in May, makes it obvious that the Greens will find it tough to reassert their position as the fifth-strongest force in European elections on June 13, 2004.

Greens have just 2.4 percent support in the Czech Republic, are a marginal force in Poland, the biggest new member, and are almost non-existent in the other new states.

But Cohn-Bendit is optimistic that a pooling of the various national parties at a European level will strengthen the Green hand. "We're now launching an integrated poll campaign. We've found a common political form of expression. We now have a common agency and we'll intertwine our campaign appearances," he said. For instance, Joschka Fischer will not just campaign in Germany, but also in neighboring countries for the European elections.

The government has denied reports that plans to sell a plutonium plant to China have caused a rift between the Chancellor and his foreign minister. But the SPD - Greens coalition battle is not over yet. (Dec. 8, 2003)

The European Federation of Green Parties