Leeuwarden in the northern Netherlands and Malta's capital Valletta are the European Cultural Capitals of 2018. Their approaches to culture, however, could hardly differ more.

In Leeuwarden, capital of the region of Frisia in the northern part of the Netherlands, the project called "European Cultural Capital" has been turned into a social experiment. The objective is to transform the city into the most open-minded community ("iepen mienskip" in the regional Frisian language) possible by means of art and culture. Themes like sustainability, diversity and social justice will be addressed in numerous exhibitions, workshops and performances. "We will dare to do something that we have never done before on a comparable scope and level," the "Leeuwarden-Fryslân 2018" website states.

Yet these grand endeavors are being put into practice in a down-to-earth way. The project's organizers are focusing on the rural heritage of Frisia with numerous programs revolving around agriculture, which is still the most important economic sector in the region. The project "Farm of the World," for instance, sees participants using a once abandoned farm to grow organic vegetables while producing sustainable artwork. The themes of sustainability and integration are also addressed in "Lost in the Greenhouse," a piece of musical theater about friendship between Frisian farmers and Polish migrants working together on the fields. 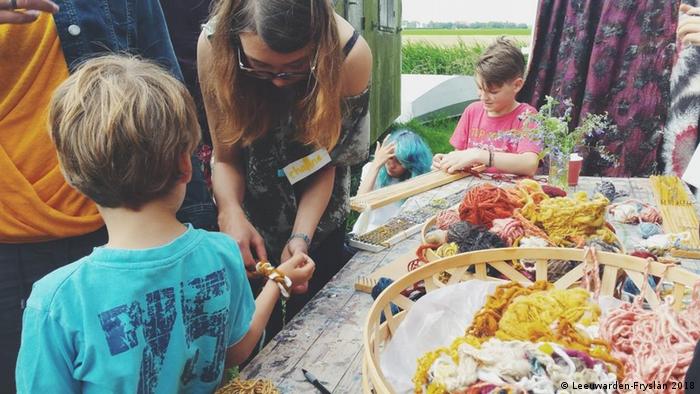 On the "Farm of the World," kids are being taught how to live sustainably

Located in "De Blokhuispoort," a former prison, the visitors' center is also in sync with the aims of the Leeuwarden social experiment. Local residents, visitors and artists can participate in weekly discussions about social transformation there.

In Groningen, 63 kilometers (39 miles) east of Leeuwarden, visitors can take in an exhibition entitled "Romanticism in the North — from Friedrich to Turner."

Whereas Leeuwarden's budget for the project stands at a generous 80 million euros ($95 million), the second European Capital of Culture 2018, the Maltese capital Valletta, will have to make do with 10 million euros ($12 million).

Leeuwarden will give the downbeat to its cultural capital year rather quietly, with a concert by a children's choir and free admission to museums. Malta, for its part, has opted for a big, week-long opening party. Organizers have announced a "festa," a traditional island festival with music, dance and street art. Not stopping at Malta's beautiful beaches, the party will continue on to the neigboring island of Gozo. The popular tourist destination is part of the state of Malta. 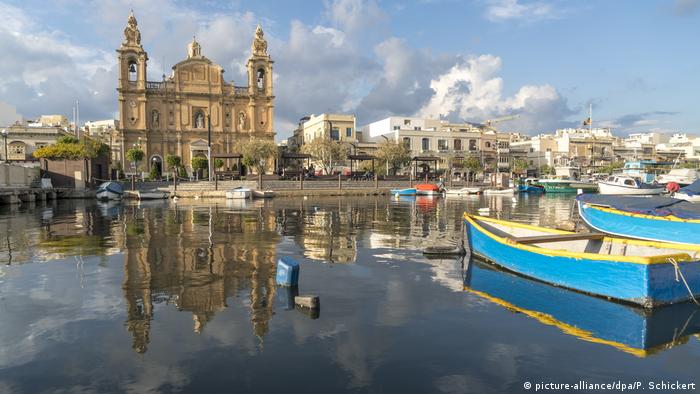 Despite its relatively modest budget, the Maltese cultural calendar is full, with 140 projects and 400 events planned for the entire year in and around Valletta. The "European Year of Cultural Heritage" 2018 will also be observed in Malta, with "the unique heritage of the Maltese islands" celebrated in Valletta.

One aspect of that heritage are the ancient city's Baroque buildings shining in newfound glory, another the special role the Meditarranean plays in Maltese history. Malta's association with water will be featured in a spectacular contest, while "Valletta 2018" includes film and literature festivals and a fashion show.Valletta 2018

With the Greek capital Athens chosen as the first "European Cultural Capital" in 1985, the institution was initiated by the former Greek cultural minister Melina Mercouri to raise awareness of the unique cultural features of various European cities. Subsidized by the EU, the project has become a catalyst for urban development and tourism. 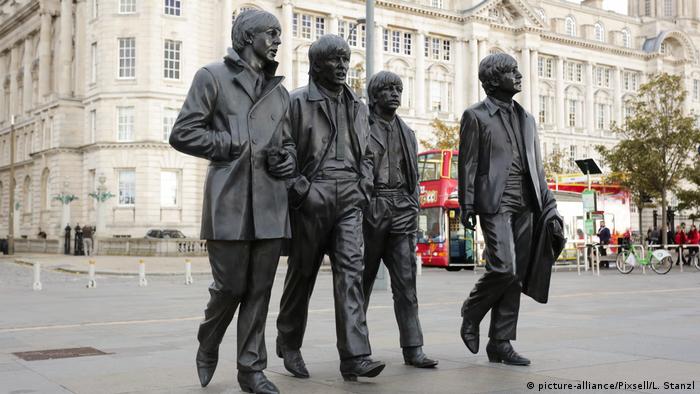 Liverpool,forever the city of "The Beatles," benefitted from having been a European Cultural Capital

The British city of Liverpool, a European Cultural Capital in 2008, spent some 200 million euros ($238 million) on its project — with the aim of generating a return of 900 million euros. Some British cities aspiring to become future European Capitals of Culture must have been hit hard by the EU Commission's decision not to allow applications from Britain after the country opted in favor of Brexit.

Cities are chosen on a rotating principle, with Britain's turn coming up in 2023, by which time it will likely no longer be a EU member country. Applications are accepted from countries belonging to the European Economic Region and those applying for EU membership however. The application procedure for 2023 will have to be repeated, but the decision for 2019 is already clear, the lucky cities being Matera, Italy and Plovdiv, Bulgaria.

The title of European Capital of Culture is passed around each year to lesser known cities, given them time in the limelight. Cyprus' tiny city of Paphos hopes the status will bring renewal, reports DW's Barbara Wesel. (30.01.2017)

As a 2017 European Capital of Culture, Aarhus has joined with 18 of its surrounding municipalities to present a full schedule of events and special cultural offerings for visitors to Denmark's second largest city. (02.01.2017)

The small port town of Paphos is the first place in Cyprus to be named a European Capital of Culture. There are plenty of sights, including the sanctuary of Aphrodite, whose mythical birthplace was at Old Paphos. (28.01.2017)

Leeuwarden, capital of the Dutch region of Frisia, and Valletta, capital of Malta, were awarded the title European Capital of Culture for 2018. Leeuwarden's ambitious goal: a more open society. (28.12.2017)

Valletta - Living in a baroque mansion

The visit has not been without controversy, with opposition parties suggesting the British prime minister should not be entertaining someone like Orban, whom they view as anti-democratic.