EU members can, in certain cases, refuse to enforce Polish arrest warrants, the EU's top court has ruled. Previously, a Polish man cited changes to Poland's judiciary as a reason for halting his extradition from Ireland. 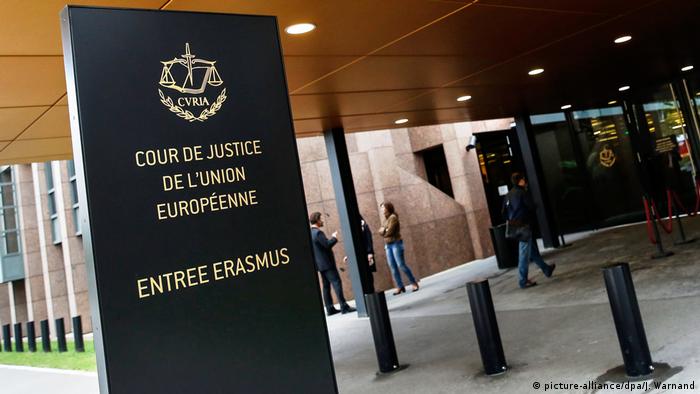 On Wednesday, the European Court of Justice (ECJ) ruled against extraditing suspects to Poland if there are "serious and fact-based grounds" to believe that they would not receive a fair trial.

The ruling concerns a Polish man in Ireland who argued that recent changes to Poland's judiciary harmed his chances of being treated fairly. The man is suspected of drug trade.

In recent years, Poland's ruling Law and Justice (PiS) party has been working to place courts under tighter control by the executive branch. Among other steps, the parliament now has power to choose members of the National Council of the Judiciary, whose job is to oversee judicial impartiality. More recently, the lawmakers changed retirement age for the Supreme Court judges, which critics believe was aimed at ousting the most experienced judges and stacking the body with government supporters. The Supreme Court and its chief, Malgorzata Gersdorf, are opposing the move.

The EU has sharply criticized the reforms, with the European Commission launching an official warning process and finding there was a "clear risk of a serious breach of the rule of law."

The Luxembourg-based ECJ cited the proceedings in its explanation of Wednesday's ruling, adding that "maintaining the independence of judicial authorities is essential in order to ensure the effective judicial protection of individuals."

At the same time, the EU judges stressed that refusing extradition must be an exception and not a rule.

Before denying an extradition, a court must take two steps, the judges said. Firstly, it must determine if the courts in the country of destination are able to decide independently and without outside pressure. The decision needs to be based on "objective, reliable, specific and properly updated" material. If the courts are found not to be independent in general, the outside court must then determine that the person facing extradition would be harmed by the deficiencies.

Regarding the suspected drug dealer in Ireland, the ECJ also confirmed to the Irish High Court that it was possible for Warsaw to offer guarantees of a fair trial.