Europe shifts right - who is worried?

Denmark’s elections resulted in a narrow yet decisive success for the country’s right-wing. Sertan Sanderson examines the reasons behind the current shift to the right in many European nations. 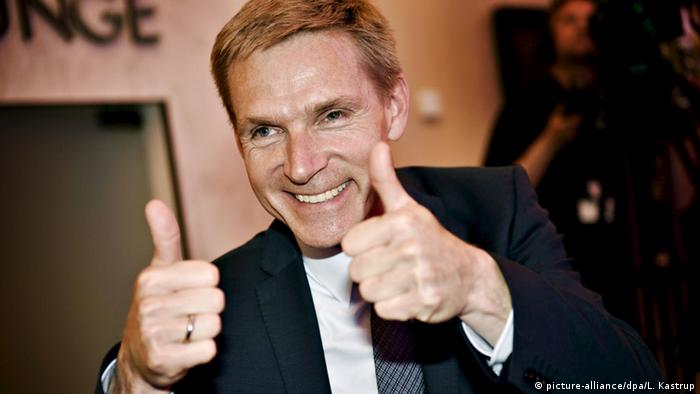 Denmark's liberal Venstre party will still be faced with the fairly unpleasant challenge of having to form a coalition government in the coming days. This will most likely be with Kristian Thules and his Danish People's Party (pictured above), which achieved a record score running on an anti-immigration platform, and is widely regarded as a populist movement.

But the overall tone following the vote was one of upbeat renewal - at least on the part of those who welcomed the results.

Among the ones, who were up in Copenhagen all night celebrating victory, was Michelle Mork Hansen, a young politician with Denmark's "Conservative Youth" movement. She said that the outcome of the election was a "huge success" for various right-wing parties in the country, adding that it would send a clear signal about Denmark's position and outlook within the greater framework of the EU:

"The ever-growing resistance against the European Union and a clear feeling among the population that most of our laws are directly dictated by Brussels have created a re-birth among the Danish right-wing parties. The fact that Denmark is now fighting for the reintroduction of border controls has also been used as a symbol by the right-wing throughout the election campaign along with the ever-rising amount of refugees entering our country," she said. 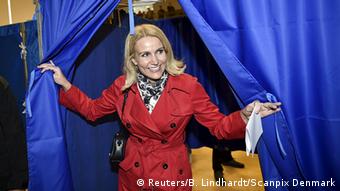 Denmark's Helle Thorning-Schmidt was on the losing side

Hansen's observations bear the hallmarks of a movement that seems to be sweeping across many parts of Europe. Euroskeptic, right-leaning parties made gains across the continent, and predictions for upcoming elections in other EU nations have been confirming this trend.

It would appear that Europe is largely turning to the right - and the reason for this is Europe.

"The Danish election results mirror what we have already seen in both Britain and France, where the general resistance towards national decisions being made in Brussels and the number of foreigners within the respective countries have also given right-wing parties this renaissance," Hansen explained. "This took the form of huge gains for UKIP under the leadership of Nigel Farage in the UK, and Marine Le Pen in charge of the National Front in France."

Even the left-wing seemed to agree with that assessment. Michael Koschitzki, press representative for the "Social Alternative" movement SAV in Berlin, said that he could not really blame the electorate for seeking new solutions amid a volatile political climate.

"I believe there is a more general sense of polarization happening across Europe. The gains witnessed by right-wing parties do not amount to a generic phenomenon on their own. The way that mainstream parties deal with crises increasingly is widely regarded as hopeless, especially with the advancement of the financial crisis. This, in turn, leads to a sense of alienation among a good deal of voters. Frankly, they're sick of it all, and so they seek out new alternatives," he told Deutsche Welle. Danes flocked to the polls on Thursday

However, as much as the right-wing has been gaining momentum, Koschitzki highlighted that the success of parties like Podemos in Spain and Syriza in Greece should not be discounted either.

"In places, where left-wing parties manage to bring good proposals to the table and offer true alternatives, like in Greece, we manage to be strong contenders."

But on the eve, when Greece's fate of remaining in the Eurozone, and indeed possibly even the EU, might be decided at yet another special meeting in Brussels, could that kind of policy-making really qualify as such a good direction to take? Koschitzki believes it could.

"We on the left are successful when we are allowed to govern and show that we move away from cuts. The right-wing is just designed to benefit capitalism, and these populist movements in particular feed off of an aggressive, xenophobic political agenda, which they package as a family-friendly, pseudo-social alternative, which some people unfortunately buy into."

Back in Denmark, Michelle Mork Hansen strongly disagreed with that assessment of rise of the right-wing across Europe, with virtually all of Scandinavia now having right-wing parties in government.

"The number of refugees and immigrants who live in Denmark also played an important part in the campaign, but not as prominent this time around as in previous elections. The run-up to the election was actually much more about traditional values including jobs, taxation, and social benefits." 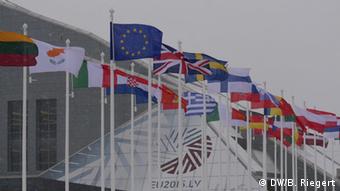 Ralf Melzer, an expert on right-wing extremism at the Friedrich-Ebert Foundation in Berlin, which promotes democracy and political education, said that the values he feels European politicians should focus on should rather be rooted in the tradition of the European Union.

"Political parties have a mandate to contribute to a country's political determination. We can't just give in to the demands of the people and create a political agenda, which would echo the kind of polemics represented by right-wing populists. Instead, we have to unmask them for who they really are and bring in our own positions," he told Deutsche Welle.

But Hansen sees no problem with such right-wing populism. In fact, she explained plainly what attracted voters to these politicians, who have increasingly been becoming challengers to old-established parties in Europe.

"Throughout Europe, the right-wing parties have very charismatic and strong leaders, epitomized by Nigel Farage in the UK, Marine Le Pen in France and Kristian Thulesen Dahl here in Denmark, whose personalities and public speaking abilities seem to be drawing in the votes more so than their party manifestos," she said.

Such honesty could also be another factor in contributing to this trend, which Ralf Melzer thinks might be here to stay – much to his own dismay.

"I don't have the kind of optimism to say that this current trend of right-wing extremism will pass anytime soon. The thing is that it's not just right-wing voters that we're concerned with, but these right-wing populists are also managing to attract traditionally moderate voters with their party programs built on social-populist nationalism."

"The story of the European Union is a great success story after all. Just think of the Nobel Peace Prize, which the EU received in 2012, and for good reason! This peaceful order should not be taken for granted, nor should these open borders nor this reciprocal sense of solidarity. This is why we should not give in to the extreme right and instead demand further commitment and passion for the cause that is Europe."

With or without commitment, passion or even a Nobel prize, Europe's shape undoubtedly keeps changing. But unlike the first half of the 20th century, it is doing so through various democratic processes, which means that ultimately everybody wins - even when they disagree on who governs.