It's set to be the biggest transnational power network of its kind. Europe is planning a massive electricity grid to run under the North Sea, connecting different EU countries with each other as well as to clean power. 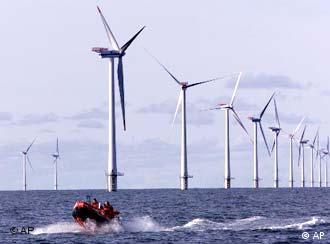 The year 2010 is looking to be a busy one for energy officials in Europe as they put together the plans for a multinational North Sea electricity grid.

The European Commission will publish a blueprint for the grid, after nine European Union countries signed an agreement last month to coordinate their national efforts and develop their own plans this year. 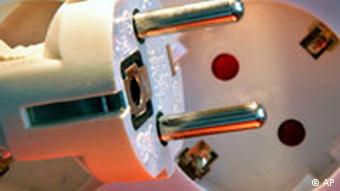 The planned grid would let EU customers plug into renewables

The German daily Sueddeutsche Zeitung reported on Tuesday that representatives will meet for the first time on February 9.

"If Europe is able to develop a super-grid it will be a vital ingredient in the fight against climate change because it will allow large-scale integration of renewable electricity production," Justin Wilkes, policy director of the European Wind Energy Association (EWEA), told Deutsche Welle.

It would also improve Europe's energy independence and have other knock-on benefits. The EU's executive has long wanted to see greater integration of the continent's national grids, and the North Sea project will be a big step in the direction of a single energy market.

Such a super-grid would ultimately connect the offshore wind farms in northern Europe with the solar panels in southern Europe, allowing countries with a surplus of energy to pass it along to countries with higher demand.

"If the wind isn't blowing somewhere, it might be blowing elsewhere," is how Nick Rau, energy campaigner for Friends of the Earth in Britain, put it.

Both Rau and Wilkes are convinced a European super-grid will be essential for getting Europe to use more renewable energy.

"Therefore we have an ideal opportunity at the moment to make sure that this investment goes into renewable energies. 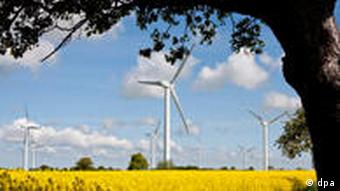 One problem that has plagued renewable energy to date has been the inconsistency of supply. A wind park can't provide energy if the wind isn't blowing and solar panels are less effective on a cloudy day. A grid linking various European energy sources would allow that energy to be managed and passed along to areas with the greatest need.

The key technological advance that will make this possible is new cable technology. New high-voltage direct-current cables lose significantly less energy during transmission than their predecessors, but they're still quite expensive.

"But if one calculates it correctly beyond a certain distance it's much more economically viable to be using this high-voltage direct-current technology than current cable technologies," Wilkes said.

Wilkes and his colleagues at the EWEA have estimated that the cost for the North Sea grid could be as high as 30 billion euros over the next 20 years, but the electricity provided should become cheaper for customers.

Energy providers such as Germany's E.ON are keen to get in on the action. Currently there are 100 gigawatts of offshore wind power planned by European power companies and developers in the North Sea. E.ON has several projects along both the German and British coasts.

E.ON spokesman Christian Drepper told Deutsche Welle that a grid connecting all the individual projects into one network would be a great idea. "It makes sense for us just as a customer," he said.

The North Sea grid could play a key role in the EU's 2020 goals of increasing its use of renewable energy to 20 percent, cutting greenhouse gases by 20 percent, and bringing down energy use by 20 percent by the year 2020.

In fact, Wilkes said with the wind energy projects currently being planned the EU could easily expand their target of renewable energy use to 30 percent.

New German environment minister Norbert Roettgen disappointed the nuclear power industry on Wednesday by saying that Germans did not want nuclear power in the long-run. But his words did not impress the Green party. (25.11.2009)

After years in development, the Norwegian power company Statkraft opened a prototype osmotic power plant. Experts admit the plant has potential but isn't ready for commercial use. (24.11.2009)