President Obama's decision to add a US citizen to its CIA hit-list of terror suspects has provoked much media condemnation in Europe, but no official government reaction. And there remains the question of legality. 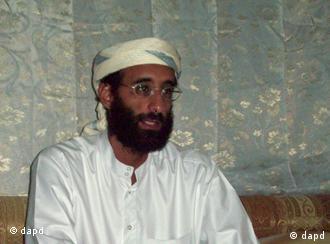 With the addition of what is thought to be the first US citizen to the list of terrorist suspects the CIA is authorized to kill, many European commentators are beginning to question whether US President Barack Obama has really changed the US approach to the 'war on terror.'

The German Frankfurter Rundschau newspaper was particularly scathing about the perceived hypocrisy of Obama's position on human rights: "What does this say about the US president?" it asked in an editorial. "It shows how absurd the American hardliners' accusation is that he is soft on terror. But unfortunately it also shows that Obama is a long way from fulfilling the hopes that human rights activists have placed in him." 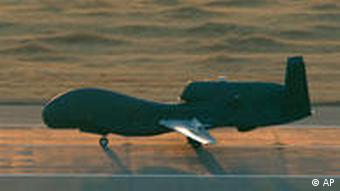 US drone killings have increased under Obama's administration

Under Obama, the US has apparently increased its use of targeted attacks against terrorist suspects, mainly using armed unmanned drones. Last year, there were as many as 50 drone strikes, up from 31 the year before. These attacks, sometimes taking place in sovereign states with which the US is not at war - Pakistan and Yemen are recent examples - occupy a legal gray area that is not covered by clear rules.

British newspaper The Times also attacked the president's strategy, comparing it to the apparent assassination of Hamas leader Mahmoud al-Mabhouh in January in Dubai by the Israeli secret service Mossad.

"Mr. Obama must explain and publicly justify targeted killings," the Times said. "Failure to do so will merely compound the impression of an intelligence agency wielding lethal powers in secret, a group of state-backed hitmen prepared to carry out covert assassinations - like Mossad - because they can."

The chorus of condemnation rose after a series of American newspapers reported Wednesday that the US has put a Muslim cleric, Anwar al-Awlaki, on the CIA kill list in Yemen. Al-Awlaki, born in the US of Yemeni parents, has been connected to a failed Christmas airline bombing in Detroit as well as killings at a military base in Fort Hood, Texas, after it was revealed that he had been in contact with the perpetrators of both attacks.

Anonymous US government agents told the Washington Post that putting a US citizen on the CIA list required special approval from the White House, which led to the public declaration. But as yet there has been no official statement from any European government on al-Awlaki's case. In response to a request from Deutsche Welle, the German Foreign Ministry declined to comment on what it considered a purely US matter. 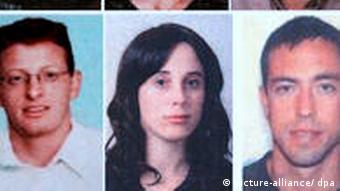 But according to Josef Braml, research fellow with the German Council on Foreign Relations (DGAP), this does not represent a significantly new development in US policy. "This is not surprising at all," Braml told Deutsche Welle. "Obama said right at the beginning of his administration that he would continue the targeted drone attacks in Pakistan."

Braml believes that such attacks, carried out by the CIA, a civilian organization, are actually consistent with Obama's policy of taking a fresh approach from the previous US government, and has its roots in his 2008 presidential election campaign.

"In his campaign, he put Bush under pressure by saying he had started the wrong war in Iraq and had steered the war on terror in the wrong direction - ignoring Afghanistan and Pakistan," Braml said. "Basically Obama is not doing anything he didn't say he would do. It's just logical and consistent with what he said from the beginning."

The decision to publicize al-Awlaki's inclusion on the hit-list is obviously meant to answer Obama's right-wing critics at home, whose silence is worth a few negative editorials in Europe.

But Anthony Dworkin, senior policy fellow at the European Council on Foreign Relations (ECFR), believes that it is also more than a simple bid for popularity. It is also an attempt to solidify Obama's hitherto hazy definition of the 'war on terror.'

Dworkin, who is also executive director of the Crimes of War Project, a non-governmental organization that aims to promote understanding of international humanitarian law in the context of contemporary armed conflict, told Deutsche Welle, "They are trying to elaborate what their approach to counter-terrorism is, and an important part of that is their legal justification for drone attacks and targeted killings."

That justification, declared last month, essentially said targeted killings could only be part of an armed conflict against al Qaeda, or they could be used in self-defense.

"It was a double-edged justification, and it didn't exactly spell out what the limits were of these claims," Dworkin said. "It was a little more nuanced than the simple war-against-terror language of the Bush administration, but it left a lot of questions unanswered." 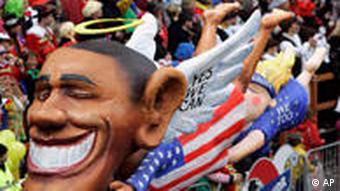 Obama's enduring popularity in Europe could be tested by CIA attacks

Dworkin believes Obama has not been able to clarify his counter-terrorism policy partly because of his difficulties closing down the Guantanamo Bay prison.

"There are some areas in which this administration has been struggling to define its approach to counter-terrorism, and the question of detention is one of these," he said. "But in the area of targeting, we've consistently seen a commitment to drone attacks, primarily in the Afghan and Pakistan area."

Both Braml and Dworkin consider the Times' comparison with the Dubai assassination allegedly by Mossad a stretch too far, pointing out that US drone attacks occur in dangerous areas beyond the reach of law enforcement. But killing suspected terrorists in sovereign states does invite uncomfortable comparisons, which could cast a shadow over Obama's happy relationship with his European allies.

"There has been a lot of good will from Europe toward Obama on the question of counter-terrorism," says Dworkin. "They recognize that he is dealing with a significant threat. They recognize that this is politically very complex for him in the US. They regard him as someone who came into office with a commitment to change the approach of the previous administration."

"But having said that, it is becoming increasingly apparent that differences in point-of-view remain," he warns. "The principal difference is that Obama clearly prescribes to the idea that the conflict against al Qaeda is essentially a worldwide conflict, whereas most Europeans see the conflict as tied to the area of Afghanistan and the border regions of Pakistan."

If this difference of opinion resulted in the US widening its theater of operations, Obama's good reputation in Europe could be over abruptly.

Conventional Western public opinion regards the war in Afghanistan as a struggle between NATO and extremist Islamic militants. Since assuming office Barack Obama has redefined the conflict by calling it the Af-Pak war. (14.03.2010)

Mohammad Haqqani, a son of Jalaluddin Haqqani, head of the Haqqani militant network, has been killed in a missile attack in Pakistan's North Waziristan tribal region, according to Pakistani security officials (19.02.2010)