Their way to the semifinals may not have been scintillating, but on Wednesday the Portugese rediscovered their scoring boots. A 2-0 win over Wales means they can now take the title that eluded them 12 years ago. 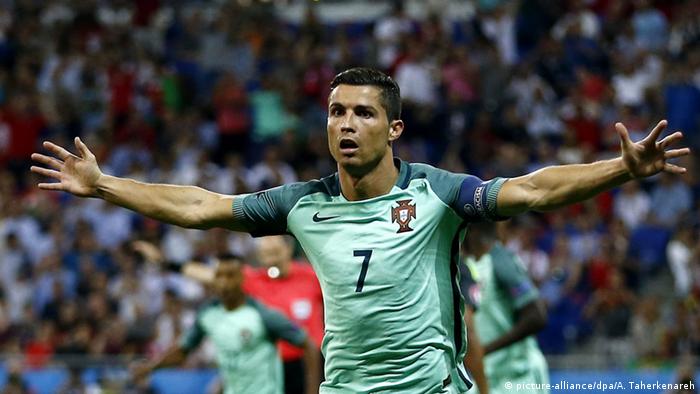 Much of the attention ahead of the match in Lyon focused on the battle of Real Madrid teammates Cristiano Ronaldo of Portugal and Wales' Gareth Bale. But perhaps more significant were the absences of key players on both sides: metronomic Wales midfielder Aaron Ramsey (suspension) and tough-as-nails Portugese defender Pepé (injury).

Whatever it was because of that or not, both teams began cautiously, and the first half was short on highlights. Portugal dominated the opening and closing minutes but without calling keeper Wayne Hennessey into action. Wales had a bright twenty minutes in the middle of the first half, but aside from a couple of squeezed-off shots by Bale, the Welsh never looked like breaking the ice.

It was the sort of match often described as a tactician's dream, which would have been true if by "tactician" what was meant was "someone who enjoys very dull things." 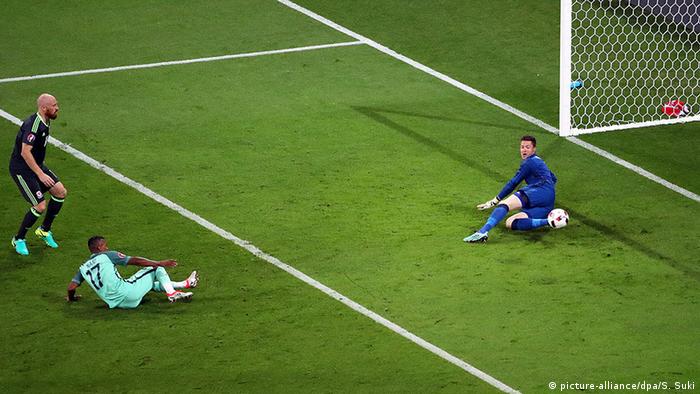 That all changed with the restart. In minute 50, Ronaldo put in a bullet header from a free kick. Three minutes later CR7 turned provider, finding striker partner Nani in front of goal, and he poked home to double Portugal's lead.

It was by far and away the most impressive offensive burst of the tournament from Portugal, who had advanced this far in the practically the most minimalist way imaginable. Wales had a mountain to climb, but instead Ronaldo almost put the match to bed in minute 62 with a free kick that sailed centimeters over the bar.

Wales coach Chris Coleman threw on all the attacking options at his disposal, but the squad's thinness was all too evident. A few shots by Bale were all the team could muster.

At the other end, Danilo Pereira almost got a ball to squirm under Hennessey twelve minutes from time. Wales were lucky to keep the scoreline at 2-0, as Portugal easily ran out the win.

Portugal now have a chance to erase the painful memories of their loss to Greece in the final of Euro 2004, which they hosted.

"I believe now tht the dream can become reality," Ronaldo told reporters after the match. "I hope we leave the pitch on Sunday laughing - and not like in 2004 with tears in our eyes."

The Portugese await the result of the other semifinal between France and Germany on Thursday to find out who their opponent's in Sunday's Euro 2016 final in Paris.

Euro 2016 has been an opportunity for many fans to bring their own party to France, and much like the Irish and Icelanders, the Welsh brought a blaze of color and a tune or two to the likes of Bordeaux, Lille and Lyon. (07.07.2016)

Will Cristiano Ronaldo's Portugal or Gareth Bale's Wales prevail in the semi-final at Euro 2016? Follow every key moment right here. (06.07.2016)

The world champions are struggling with injuries and suspension while the hosts' confidence is high. Both sides have top class players all over the pitch but here's where the semifinal will be decided. (06.07.2016)