EU works on quick transition aid for Tunisia | Europe| News and current affairs from around the continent | DW | 08.02.2011

The European Union has promised support for Tunisia's transition to democracy amid criticism that the bloc has supported authoritarian rule in the Arab world for far too long. 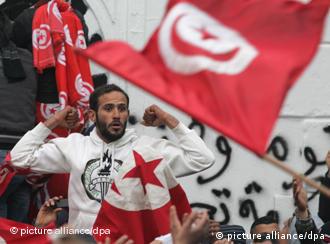 The EU wants the move towards democracy to stick

Members of the European Parliament on Tuesday called for an international donor's conference to support Tunisia in its democratic transition after the fall of the country's authoritarian regime.

"What we are doing currently in the European Union, and particularly in Tunisia at the request of authorities, is putting together some kind of transformation package, setting up new priorities within the national indicative program, within the support provided by the bloc to Tunisia," EU Enlargement Commissioner Stefan Fule said.

"The aim of that process is to address first of all the short-term needs of the transition process in Tunisia," he added. "We are thinking of something similar for Egypt." 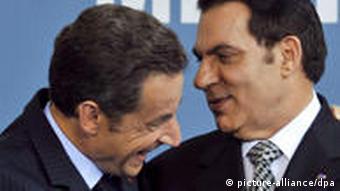 A delegation of MEPs was in Tunisia over the last few days for talks with the new political groups and organizations. Back in Brussels, they discussed their trip with the Parliament's subcommittee on human rights.

Comparison to fall of communism

President of the European Parliament Jerzy Buzek compared the situation in Tunisia and Egypt to the transformations his own home country Poland experienced 20 years ago during the fall of communism.

"Our neighbors are waiting for our support," he said. "They will have to embark onto a long path towards democracy. And Tunisia can become a model for the entire region - and also a model for how the EU deals with its neighbors."

After the end of communism in eastern Europe, Buzek pointed out, the newly emerging democratic societies also received substantial help from western Europe.

Now, for Tunisia, Buzek promised help ranging from reforming the constitution to the organization and surveillance of free and fair elections or assistance for social and economic reforms.

Yet parliamentarians also asked why it took the EU that long to push for political reform in the Arab world. As long as ousted Tunisian President Ben Ali had been in power, the oppression of people and opposition was of little concern to the EU.

"The European Union was more interested in a policy of stability and keeping the status quo than in pushing for human rights," Jose Ignacio Salafranca, head of the Tunisia delegation, admitted.

"And yet I don't think this is the time to look for who's been guilty of that in the EU. The bloc has to mobilize all resources and efforts to ensure that those transitions to democracy in the Arab world won't be stopped in their tracks."

"No, no, Tunisian youth are not terrorists" - the demonstrators were well aware of European and international concerns over Tunisia drifting towards radical Islam

Salafranca also met with representatives of Islamist opposition groups and he cautioned not to condemn them as a risk to stability in the region. After all, it was the fear of a religious radicalization of the Arab world that had led to the international community seeing authoritarian regimes as a favorable option.

Still a lack of commitment?

Many of the MEPs also criticized the European Union's foreign policy chief Catherine Ashton for not having visited Tunisia since the upheaval. Ashton is scheduled to visit Tunisia in the coming week.

Tunisia's interim government took a major step in fighting back against the ousted regime of former President Ben Ali, saying it would ban all meetings of his party, the RCD, and shut down all its offices. (06.02.2011)

In Tunisia, women lead relatively free and independent lives. But with the advent of democracy, some fear the return of Islamist parties who would roll back their rights. (28.01.2011)