EU: Slovenia Ready for Euro, But Baltics Not | Business| Economy and finance news from a German perspective | DW | 02.02.2006

EU: Slovenia Ready for Euro, But Baltics Not

Slovenia is ahead of schedule for adopting the euro next year but the three Baltic states have to make a bigger effort to join the single European currency, according to the European Commission. 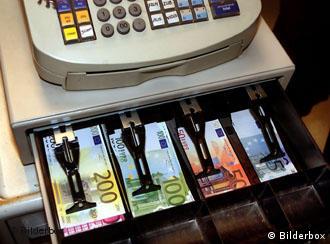 Slovenia, Estonia and Lithuania are aiming to join the euro zone at the beginning of next year while Latvia wants to become a member in 2008 although the central bank has raised doubts that will be possible.

However, so far the tiny Alpine country is the only one that makes the grade already by meeting tough macroeconomic and fiscal criteria to belong to the euro zone. 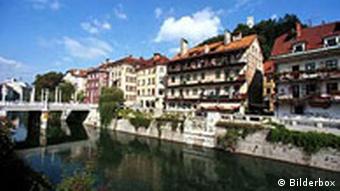 "Slovenia is in the better position" compared to other euro hopefuls, said EU economic affairs commissioner Joaquin Almunia. "So far -- if the assessment for joining the euro zone were to take place today -- Slovenia would fulfill the criteria."

Tempering his enthusiasm, he said however that the situation would have to be monitored as the assessment is made in the coming months because there were "some risks" which he did not specify.

Almunia was less upbeat about the euro-ambitions of the three Baltic countries because they needed to bring inflation lower in order to join. 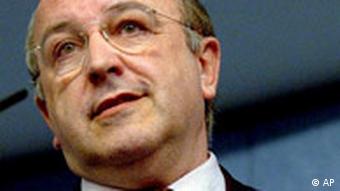 Candidates for joining the euro are required to meet a series of tough macroeconomic criteria including not having an inflation rate 1.5 percentage points greater than the average of the rates of three EU countries with the lowest inflation rates.

However, the economies of the Baltic three are growing so quickly that they are having a hard time to keep inflation down, Almunia said.

Despite concerns about inflation, the European Commission gave high marks to the public finances, another important criteria for joining the euro, of Estonia, Latvia and Slovenia. 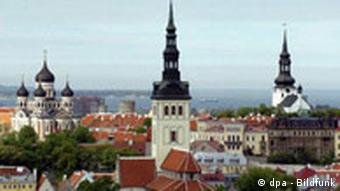 Estonia is a role model for its Baltic neighbors

In a report on how well their finances stack up against euro zone norms, the European Commission praised Estonia as a model for older members and said that Latvia and Slovenia could be more ambitious.

"With a budget on balance, the lowest debt in the EU and low age-related expenditure risks, Estonia can be hailed as an example of good fiscal policy," the commission said in a statement.

The commission has been struggling for years to get older members such as France and Germany to respect the euro zone's much-maligned fiscal rules.

Those countries have found it particularly difficult to meet a rule requiring public deficits to be kept to less than 3 percent of gross domestic product.

Although it did not have balanced accounts like Estonia, Slovenia was also given high marks for its financial management which is expected to result in a fall in the country's public deficit in the coming years. 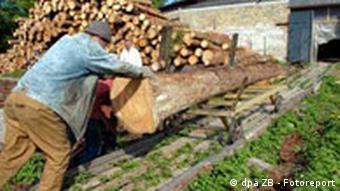 Latvians still have a lot of work ahead

Slovenia had told the commission that it expected its public deficit to ease from 1.75 percent last year to 1.0 percent by 2008.

However, the commission recommended that Ljubljana make further efforts to improve its finances before the full impact of an ageing population hits the pension system.

On Latvia's public accounts, Brussels declared that Riga's finances were in "a comfortable situation overall."

However, it said Latvia's efforts to improve its finances were too "timid" in the light of expectations for strong economic growth in coming years.

The euro is the currency unit in 12 countries. Upon the expansion of the bloc, the new states in the east have committed themselves to joining the currency union but the path is filled with numerous obstacles. (Dec. 7, 2005)

Germany Both Reformer and Violator of EU Budgetary Pact

Germany is set to breach the EU's Stability and Growth Pact for the fourth time in a row despite succeeding in loosening the guidelines earlier this year. (Dec. 28, 2005)

Once a country torn by civil war, Croatia is on its way to becoming an EU member. Some experts say it could be welcomed into the fold in just two years' time -- and are already seeing positive effects for the region. (Oct. 10, 2005)