The European Commission has slashed its 2019 growth forecast by almost a third to 1.3 percent. It has cited "global uncertainties" and "trade tensions" for its decision. 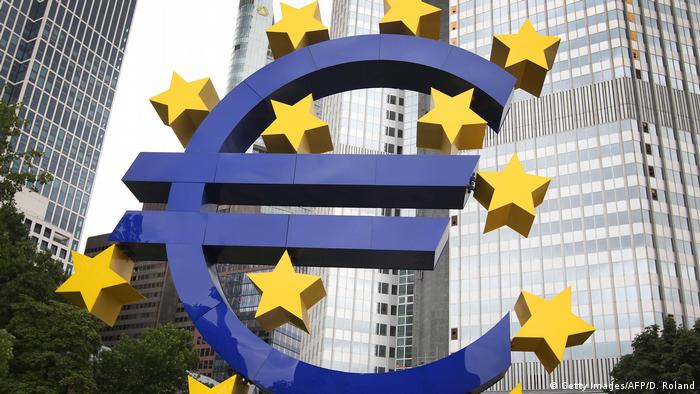 "Subdued" economic momentum has prompted the European Commission (EC) to revise its growth forecasts for 2019, trimming almost one-third of the formerly predicted growth. The announcement comes off the back of a slowdown in its largest economy, Germany, and amid deadlock and a ticking clock on negotiations for the UK to leave the EU.

The Commission has said it now forecasts euro area GDP to grow 1.3 percent this year, down from its autumn estimate of 1.9 percent. Predicted growth across the broader EU area was also cut from 1.9 to 1.5 percent.

"The slowdown is set to be more pronounced than expected last autumn, especially in the euro area," Economy Commissioner Pierre Moscovici said. "Growth should rebound gradually in the second half of this year and in 2020."

"Uncertainty sapped confidence and output in some Member States was adversely affected by temporary domestic factors, such as disruptions in car products, social tensions and fiscal policy uncertainty," Moscovici said.