A new, more robust, regulation reaffirms the EU ban on marketing cosmetics made by experimenting on animals. Animal rights advocates say the ban doesn't do enough, the industry says it curbs innovation. 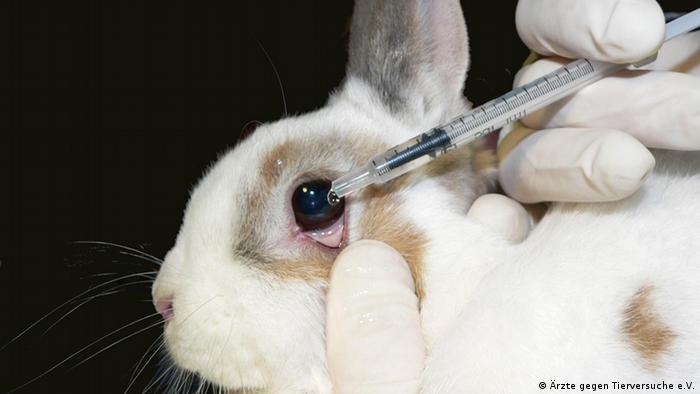 On July 11, a new EU cosmetics regulation comes into effect. It reaffirms a policy already in place since March, prohibiting animal testing in the cosmetics industry. Even the marketing of such products is prohibited. In this way the EU seeks to prevent manufacturers from simply conducting experiments on animals outside Europe's borders.

"The year 2013 is a milestone, a political victory," said Irmela Ruhdel, a specialist on animal experimentation at the German Society for the Prevention of Animal Cruelty. But testing opponents like Ruhdel have yet to reach their ultimate goal of banning animal testing completely. 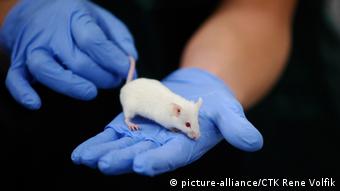 Both Ruhdel and Silke Bitz, biologist and spokesperson for the NGO Doctors Against Animal Experiments, argue that the new rules leave many loopholes. Since the ban only applies to Europe, it results in a paradox - some manufacturers must test on animals in certain circumstances, even if they do not want to.

"If a European company wants to sell products in China, for example, they must still perform animal testing because it is required by the authorities there," said, Bitz.

She also criticized the fact that the ban only applies to the field of cosmetics. If an ingredient is used in products like detergents, it falls under the testing requirements of chemicals. Thus, the ingredient must be tested on animals.

"The cosmetics industry is still allowed to use this ingredient if it's clear that it was not tested on animals purely for cosmetic purposes," said Ruhdel.

In addition, there are exceptions to the regulation. Animal testing may be approved by the European Commission if an important ingredient can not be substituted without serious concerns that the other product could be harmful. This applies mainly for carcinogenic substances and those harmful to reproduction.

Even the cosmetics industry is unhappy with the law.

"For some important safety questions, there won't be any alternative testing methods for a long time to come," said Birgit Huber, acting deputy director of the beauty products department at the Industry Association for Personal Care and Detergents (IKW). Huber added that the regulations hinder innovations in cosmetic development.

Animal rights activists acknowledge that animal-free testing methods are still in development. Nevertheless, Bitz complains about the lack of vigor in actually pursuing these methods. This is apparent by the sum of money available for investment, she said. Building a new animal testing laboratory costs 80 million euros, while animal-free research could allegedly be conducted much cheaper. If more tax money were directed into animal-free research, Bitz said, progress would be apparent more quickly. 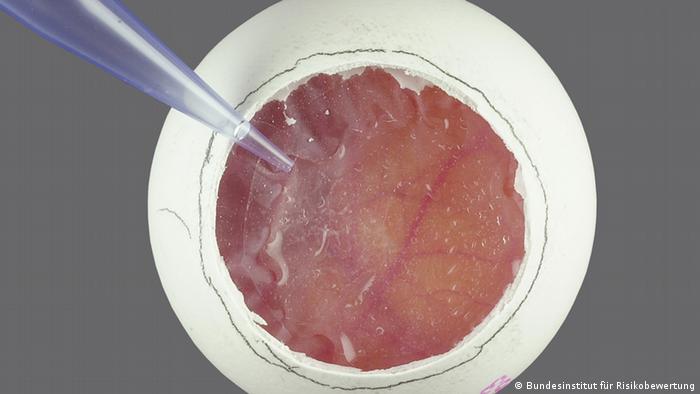 Human skin models could be an alternative to animal testing

Results not applicable to humans?

If ingredients are tested on animals, there are unpredictable risks in assuming that humans will bear the same result, said biologist Bitz.

"You never know whether humans will react in the same manner or completely differently," said Bitz, who supports cell research in the laboratory with in-vitro models.

In Germany these models are tested at the Center for Documentation and Evaluation of Alternatives to Animal Experiments at the Federal Institute for Risk Assessment (BfR). Biologist Michael Oelgeschläger said the transferability of test results from a cell culture to a whole organism could entail its own problems. Especially if mouse embryonic stem cells are used to procure test results.

In recent years, efforts have been made to use human cells. Skin cell models are already being used to detect skin irritants or corrosive substances.

"It is one of the best examples of animal research through an in vitro approach," said Oelgeschläger.

For several years, it's been possible to reprogram adult stem cells into so-called pluripotent stemcells, from which various types of human cells can be created. This research method is the way of the future, said Oelgeschläger, adding, "The cells are more readily available, and they don't present any significant ethical issues."

But the method has its challenges. Animal rights activist Ruhdel criticizes the bureaucratic hurdles. The requirements for approval of animal-free testing are difficult to fulfil. Oelgeschläger said the approval procedure must withstand rigorous testing. First, scientists review the methods by certifying the reproducibility and relevance. After that, the new techniques must be authorized by law. It's best for researchers and industry to simultaneously incorporate the Organization for Economic Cooperation and Development (OECD).

"This is how to achieve worldwide recognition of the method," says Oelgeschläger. 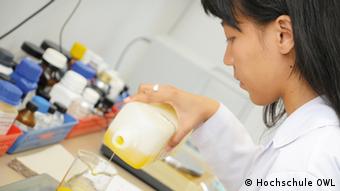 Could the cosmetics industry pave the way for animal-free testing in other fields?

In the EU alone, about 12 million animals are used each year for research purposes. Of this number, the proportion used in cosmetic research is relatively low - only 0.02 percent, or about 2,000 animals per year.

Thus the cosmetics industry could be the driving force for the development of new alternative methods, says animal rights activist Ruhdel. "These animal-free testing methods could also be applied to chemicals, medicines and more," she said. "It would thus reduce the number of animals being tested in other areas."

The ban on animal testing is just the "tip of the iceberg," says Bitz from Doctors Against Animal Experiments. "Our ultimate goal is to abolish all experimenting on animals."

This goal, however, may be politically difficult to implement. In the medical field, experiments on animals are considered essential, and that fact won't be changing any time soon.

Vitamin pills and other supplements don't stop cellular aging, scientists have found. But human cells are able to produce their own antioxidants that can fight damaging agents. (25.01.2013)