India has officially recognized dolphins as non-human persons, whose rights to life and liberty must be respected. Dolphin parks that were being built across the country will instead be shut down. 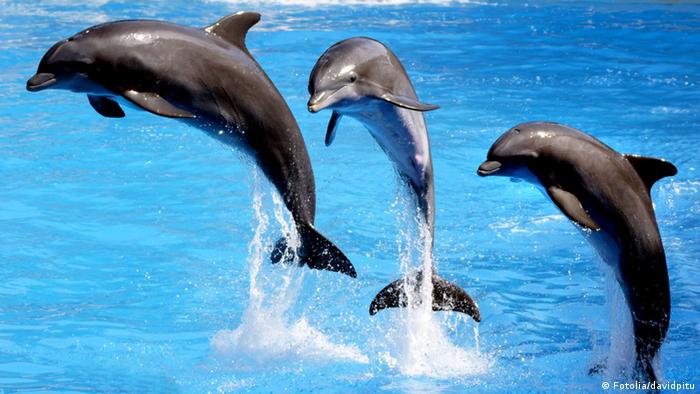 India's Ministry of Environment and Forests has advised state governments to ban dolphinariums and other commercial entertainment that involves the capture and confinement of cetacean species such as orcas and bottlenose dolphins. In a statement, the government said research had clearly established cetaceans are highly intelligent and sensitive, and that dolphins "should be seen as 'non-human persons' and as such should have their own specific rights."

The move comes after weeks of protest against a dolphin park in the state of Kerala and several other marine mammal entertainment facilities which were to be built this year. Animal welfare advocates welcomed the decision.

"This opens up a whole new discourse of ethics in the animal protection movement in India," said Puja Mitra from the Federation of Indian Animal Protection Organizations (FIAPO). Mitra is a leading voice in the Indian movement to end dolphin captivity. 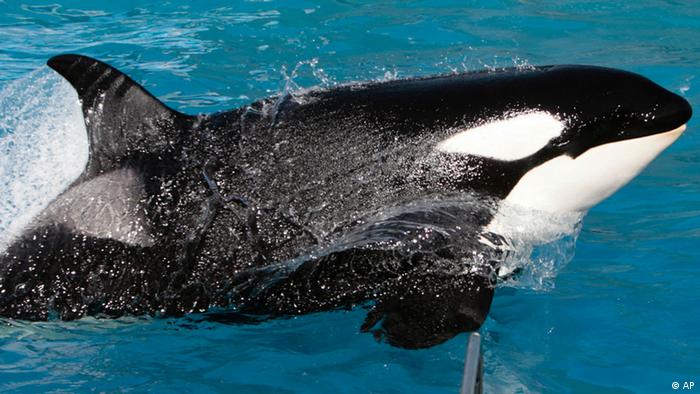 "The scientific evidence we provided during the campaign talked about cetacean intelligence and introduced the concept of non-human persons," she said in an interview with DW.

Indiais the fourth country in the world to ban the capture and import of cetaceans for the purpose of commercial entertainment - along with Costa Rica, Hungary, and Chile.

Dolphins are persons, not performers

The movement to recognize whale and dolphins as individuals with self-awareness and a set of rights gained momentum three years ago in Helsinki, Finland when scientists and ethicists drafted a Declaration of Rights for Cetaceans. "We affirm that all cetaceans as persons have the right to life, liberty and well-being," they wrote. 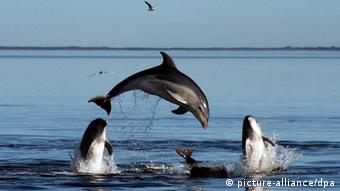 Dolphins are naturally playful and curious, which has made them popular with aqurium visitors

The signatories included leading marine scientist Lori Marino who produced evidence that cetaceans have large, complex brains especially in areas involved in communication and cognition. Her work has shown that dolphins have a level of self-awareness similar to that of human beings. Dolphins can recognize their own reflection, use tools and understand abstract concepts. They develop unique signature whistles allowing friends and family members to recognize them, similar to the way human beings use names.

"They share intimate, close bonds with their family groups. They have their own culture, their own hunting practices - even variations in the way they communicate," said FIAPO's Puja Mitra.

But it is precisely this ability to learn tricks and charm audiences that have made whales and dolphins a favorite in aquatic entertainment programs around the world.

Disposable personal income has increased in India and there is a growing market for entertainment. Dolphin park proposals were being considered in Delhi, Kochi and Mumbai. 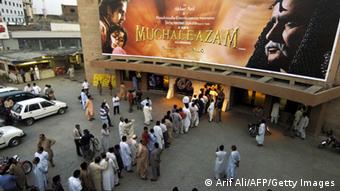 "There's nothing like having a few animals on display, particularly ones that are so sensitive and intelligent as these dolphins," said Belinda Wright from the Wildlife Protection Society of India in an interview with DW. "It's a good money making proposition."

But audiences are usually oblivious to the documented suffering of these marine performers.

"The majority of dolphins and whales in captivity have been sourced through wild captures in Japan, in Taiji, in the Caribbean, in the Solomon Islands and parts of Russia. These captures are very violent," Mitra explained.

"They drive groups of dolphins into shallow bay areas where young females whose bodies are unmarked and are thought to be suitable for display are removed. The rest are often slaughtered."

Mitra argued that the experience of captivity is tantamount to torture. She explained that orcas and other dolphins navigate by using sonar signals, but in tanks, the reverberations bounce off the walls, causing them "immense distress". She described dolphins banging their heads on the walls and orcas wearing away their teeth as they pull at bars and bite walls.

In response to the new ban, the Greater Cochin Development Authority (CGDA) told DW that it has withdrawn licenses for a dolphin park in the city of Kochi, where there have been massive animal rights demonstrations in recent months. 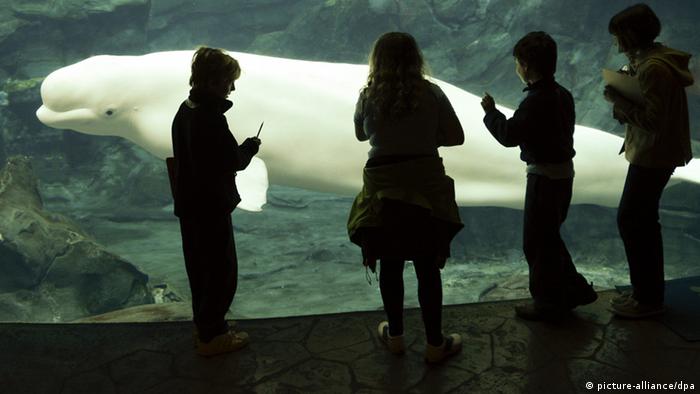 Will the ban on captive dolphin exploitation lead to more protection for other highly intelligent non-humans?

"It is illegal now," said N. Venugopal, who heads the CGDA. "It is over. We will not allow it anymore."

He said the government hadn't lost money on the development but declined to comment on how much the dolphin park was worth.

It's possible that India's new ban on cetacean captivity will lead to renewed interest in protecting the country's own Ganges River dolphin.

"I hope this will put some energy into India's Action Plan for the Gangetic Dolphin, which is supposed to run until 2020," said Belinda Wright from the Wildlife Protection Society of India. "But there's been very little action.

She said the ban was a good first stop, but warned against excessive optimism. "I'm very proud that India has done this," she said. "I'm not trying to be cynical but I have been a conservationist in India for four decades. One gets thrilled with the wording, but I don't think it's going to turn to the tables."

"But dolphins for now are safe from dolphinariums, and that's a good thing," she added.

With whaling soon to kick off, activists are preparing their campaigns. Naoko Funahashi of the International Fund for Animal Welfare tells DW why the slaughtering of whales should stop. (30.11.2012)

The Whale and Dolphin Conservation Society has called for quiet, saying underwater noise poses a growing threat to the world's marine mammals. It says quieter ways of conducting business at sea are already at hand. (06.10.2010)

As the International Whaling Commission is considering easing whaling restrictions, our readers write in asking what purpose this could serve? (21.06.2010)