Many EU politicians have been obsessed with "instant and total integration" of the bloc, ignoring the feelings of ordinary citizens, says EU president Donald Tusk. He urged new tactics in dealing with anti-EU movements. 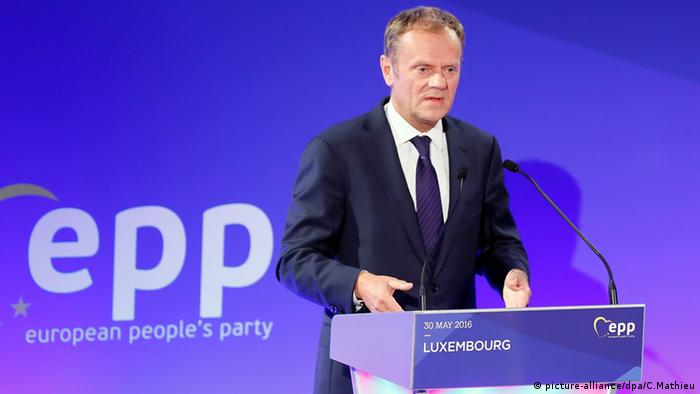 Tusk, the European Council President, called for an "honest and open debate" about the future of the EU, speaking at a summit of European People's Party Group in Luxembourg on Monday.

In his speech, Tusk warned of the crisis facing the EU and slammed utopian "illusions" created by the bloc's politicians.

Anti-EU forces cast themselves as an alternative to those illusions, according to Tusk.

"Obsessed with the idea of instant and total integration, we failed to notice that ordinary people, the citizens of Europe, do not share our Euro-enthusiasm. Disillusioned with the great visions of the future, they demand that we cope with the present reality better than we have been doing until now," he added.

His comments come less than a month ahead of a referendum in the UK, where the voters would decide on staying in the EU. Many observers fear that the so-called "Brexit" would lead to more countries opting out of the EU and the gradual disintegration of the 28-member bloc.

In recent years, eurosceptic forces have been gaining ground in many other states, including France, the Netherlands, Hungary and Tusk's native Poland.

Addressing fellow conservatives in Luxembourg, Tusk said that perfect European unity and integration might not be the best response to anti-EU forces.

"The specter of a break-up is haunting Europe," he said. "A vision of a federation doesn't seem to me like the best answer to it."