The European Commission is mulling concrete counter-measures, should the United States impose high tariffs on steel and aluminum imports, newspaper reports have indicated. Brussels has no intention to just sit still. 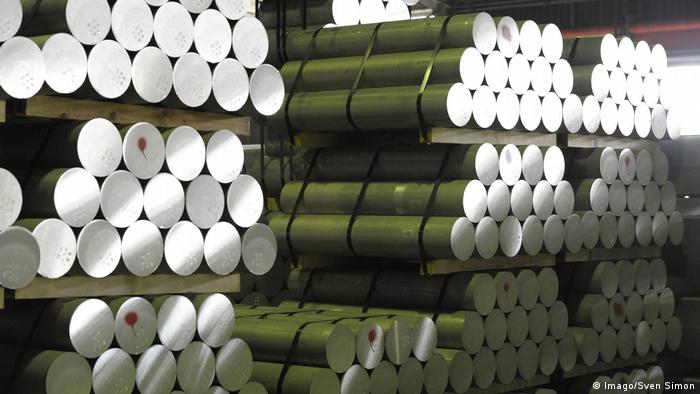 Amid global overcapacities, US Commerce Secretary Wilbur Ross last week recommended slapping high tariffs on US imports. He indicated that one possible scenario could be a punitive tariff of around 24 percent on all steel imports and a tariff of at least 7.7 percent on aluminum imports.

Another scenario would see tariffs being imposed only on five nations including China and Russia. US President Donald Trump will still have to decide on any tariffs suggested by Ross.

Should EU nations be affected by higher tariffs, the EU executive would "come up with an adequate response within days," the newspaper reported, adding that the focus would most likely be on agricultural produce including tomatoes and potatoes.

But according to the report, tariffs might also be slapped on motorcycle imports. The Frankfurter Allgemeine Zeitung said EU officials had mentioned the possibility of imposing a tariff on Harley-Davidson imports from Wisconsin, the home of House Speaker Paul Ryan.

They also mentioned a possible tariff on bourbon from Tennessee and Kentucky, the home of longtime Kentucky Senator and Senate Majority Leader Mitch McConnell.

Some items on the list of possible EU tariffs were put there during the last big trade dispute between the EU and the United States under former President George W. Bush. But many parts of the list have been altered since to reflect changing realities.

Trade tensions between the world's two largest economies continue to simmer as Beijing has taken aim at imports of a key chemical from the United States. It's the latest move in a growing stand-off over tariffs. (13.02.2018)

The United States has agreed to reduce tariffs on EU steel in return for a relaxation of countertariffs on US products, both sides said. Motorcycles, bourbon, peanut butter and jeans may get cheaper in the EU.