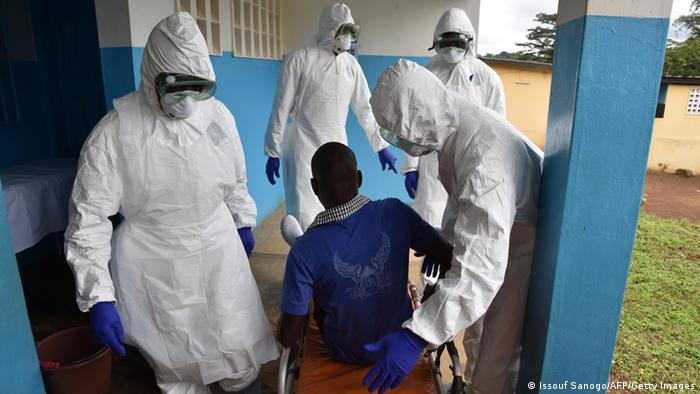 "An essential part of halting the epidemic is getting support to the health services," David Sharrock, commission spokesman for International Cooperation, Humanitarian Aid and Crisis Response, told reporters in Brussels.

The aid will go towards strengthening healthcare systems in the four affected countries, as well as training health workers, setting up mobile laboratories to detect the disease, and securing provision of food, water and sanitation.

The new funding pledge follows an earlier commitment by the EU to contribute 12 million euros to countries grappling with Ebola. Sharrock said the significant increase in aid reflected the gravity of the situation.

"A crisis caused by the Ebola virus is threatening the entire region. This is the worst outbreak ever of the epidemic," he said.

The World Health Organization estimates that the virus has killed almost 2,000 people, with more than 3,600 cases of infection in Guinea, Sierra Leone and Liberia.

"The needs are outpacing the international community's capacity to react," she said. "We need to pool our efforts and provide adequate air transportation and medical equipment to our partners in order to fight this menace."

Meanwhile, a 51-year-old US aid worker who became infected with Ebola while working in Liberia arrived at the Nebraska Medical Center in Omaha on Friday.

Doctor Rick Sacra is the third US missionary to be infected by the virus. Sacra's plane landed at the Offutt Air Force Base early on Friday and he was transported to the Nebraska hospital's 10-bed Biocontainment Patient Care Unit.

In early August, health workers Nancy Writebol and Kent Brantly were also flown to the US for treatment after they became infected. Both were released from hospital after being treated with an experimental serum called ZMapp.

Failures in the fight against Ebola

The world seems to be losing the battle against Ebola. Who is to blame? Critics say the international community is not doing enough to curb the disease. (03.09.2014)