The European Medicines Agency has authorized the drugs Xevudy and Kineret, and backed Pfizer's COVID-19 pill for emergency use. The European Commission will decide on final approval for the three treatments. 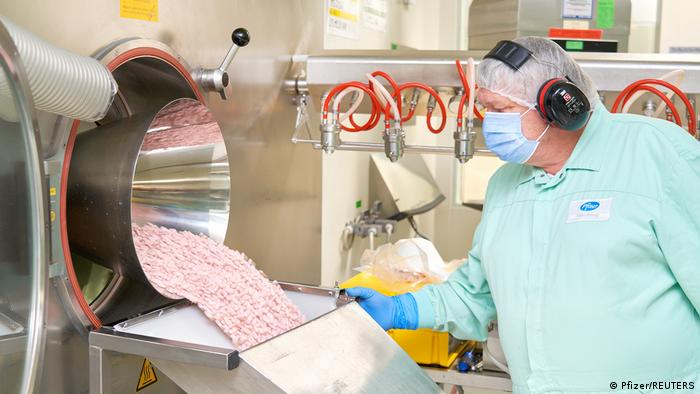 Pfizer's pill, known as Paxlovid, still needs to be fully reviewed by the EMA

The European Medicines Agency (EMA) on Thursday authorized the use of two new COVID treatments and approved the emergency use of a third drug.

What do we know so far about the COVID drugs?

Monoclonal antibody medicine Xevudy (sotrovimab), which is jointly developed by UK pharma giant GlaxoSmithKline and US firm Vir Biotechnology, "significantly reduces hospitalization and deaths in patients with one underlying condition," the EMA said in a statement, citing its research.

The top EU medicines regulator also authorized Pfizer's COVID-19 pill for emergency use, saying the medicine "can be used to treat adults with COVID-19 who do not require supplemental oxygen and who are increased risk of progressing to severe disease."

The pill, known as Paxlovid, still needs to be fully reviewed by the EMA.

"Paxlovid should be administered as soon as possible after diagnosis of COVID-19 and within five days of the start of symptoms," the agency said about the pill.

Final approval for the three drugs is ultimately up to the European Commission. The EU has authorized six COVID treatments so far.

The authorizations come as the EU braces itself for a possible surge in cases from the newly discovered omicron variant of the virus. Xevudy has been found to be effective against all mutations of omicron, according to studies, with Paxlovid also expected to withstand the variant.

France on Thursday limited arrivals from the UK and tightened controls on travel from other EU states due to omicron concerns.

The European Center for Disease Prevention and Control (ECDC) said earlier this week that "strong action" is needed to tackle the spread of the omicron variant and claimed vaccines alone are not enough to stem the outbreak.