The European Commission is moving to curb the practice of selling passports to rich foreigners. Vanuatu has granted citizenship to wealthy investors, including suspects wanted by Interpol. 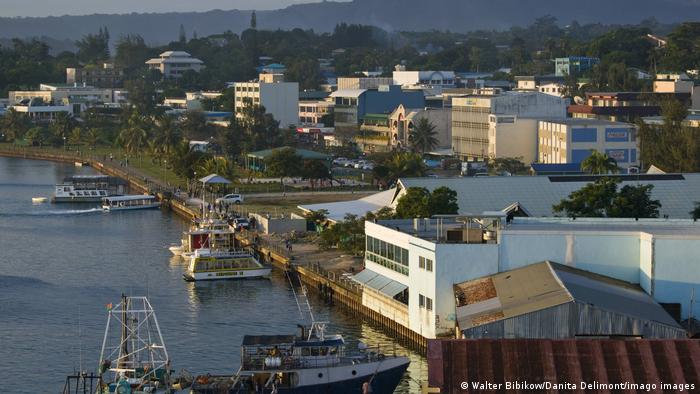 The island nation in the South Pacific has a population of about 307,150

The European Commission on Wednesday proposed suspending visa-free travel between the bloc and the South Pacific nation of Vanuatu. The move, which would be a global first, is aimed at curbing the practice of offering "golden passports."

In Vanuatu, foreigners can obtain citizenship and a passport in exchange for a minimum investment of $130,000 in the country. This in turn grants them easier access to other nations, including the 27 countries that make up the European Union.

The European Commission had issued a warning that it would take this step if Vanuatu did not alter its investment-for-citizenship program. The proposal now goes to individual EU member states for approval.

If the Commission proposal is adopted, it would end visa-free travel for anyone who has acquired Vanuatu citizenship since 2015. The ban will be dropped if the government amends the rules, the Commission said.

In the proposal, the EU executive pointed to the extremely risky nature of the scheme, arguing that it accepted essentially all applicants without sufficient screening, despite some appearing in Interpol's security databases.

The Commission said it is currently monitoring similar programs or planned schemes in several other countries, including Caribbean islands and the eastern European nations of Albania, Moldova, and Montenegro.

Similar programs in Cyprus and Malta, both EU members, are currently facing legal challenges from Brussels.