The European Commission's anti-trust body has approved billions of euros in state aid to the electric battery industry. The move is aimed at helping the EU catch up in the strategic production sector. 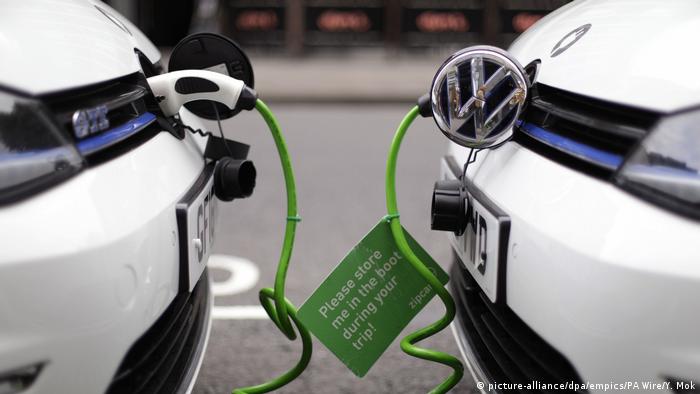 The subsidies from seven members states — Germany, France, Italy, Poland, Belgium, Sweden and Finland — will go to 17 different companies, a statement from the European Commission said. The investment injection will help generate an extra €5 billion in private investment, it added.

Electric battery production is an important industry sector for the Europe, and the push for subsidies is part of a broader push led by France and Germany to make sure Europe doesn't fall behind in the transition from gas combustible to electric engines.

In particular, Europe is concerned about becoming dependent on electric car battery production in Asia, which currently produces around 80% of the worldwide total. Europe produces only 3%.

"Battery production in Europe is of strategic interest for our economy and society because of its potential in terms of clean mobility and energy, job creation, sustainability and competitiveness," Margrethe Vestager, the EU commissioner in charge of competition policy, said.

An 'Airbus' for electric batteries

The subsidies are part of an EU campaign called the European Battery Alliance. Launched in 2017, it is designed to incentivize European industry to create an "Airbus" of batteries — a reference to the gigantic European multinational aviation company.

While the European Commission's anti-trust body has previously held a strict line against state subsidies, in 2014 it gave more leeway to allow countries to back strategic transnational projects.

The companies receiving the subisidies will focus on four main aspects: raw and advanced materials, cells and modules, battery systems and repurposing, recycling and refining.

Germany sought approval to grant up to roughly €1.25 billion, the Commission statement said. The country's participating companies include carmakers BMW and Opel, chemical company BASF, battery maker Varta and the recycling branch of the mineral technology multinational Umicore, German Economy Minister Peter Altmaier said in Berlin on Monday. He added that the country should be able to produce batteries on an indsutrial scale by the middle of the next decade.

Electric cars — when will the stars align?

Despite many obstacles, electric vehicles are being relied upon to help halt climate change. DW asks three auto industry experts how we'll know that the electromobility era has arrived. (23.10.2019)

Does Europe, does Germany really need its own battery cells?

France and Germany have asked the EU executive to approve state subsidies for a cross-border battery cell consortium to curb Asia's market dominance. German analyst Marcel Weiss says the investment might not be worth it. (02.05.2019)