EU finance ministers have failed to agree on how to downsize or close banks without calling on taxpayers to bail out struggling lenders. A disagreement between France and Germany was a major stumbling block. 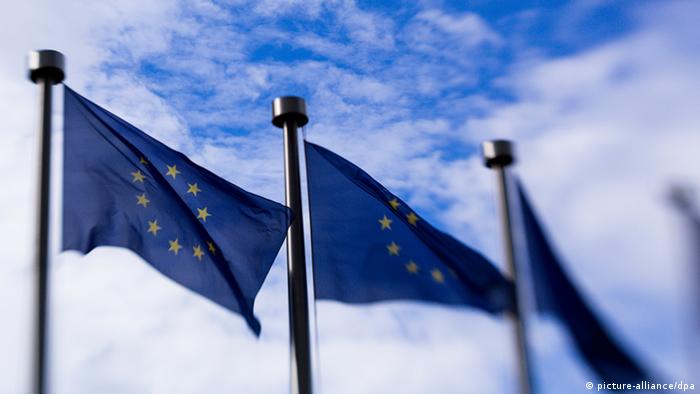 Following at least 18 hours of negotiations that went late into Friday night, finance ministers from the 27-nation bloc could not reach an agreement, which if successful would have marked another step toward an EU banking union, a regulatory framework designed to prevent another debt crisis.

A major sticking point was exactly how much the home country and creditors would have to contribute in the event of winding up a problem bank. In addition, Germany and France were unable to see eye-to-eye on the procedure known as a "bail-in," or the leeway that countries should have when imposing losses on bondholders or large savers.

No deal yet on EU's long-term budget, parliamentarians say

Efforts to finalize a new long-term EU budget have suffered a setback after the major parties in the European Parliament rejected a provisional deal. EU politicians have been wrangling over the issue for months. (20.06.2013)

EU sources said France had been pushing for more leeway, while Germany argued against flexibility. France and Britain said that they should have discretion on who to include in a bail-in, rather than simply making all creditors pay their share.

Large companies could be weakened as a result of being "bailed-in" because of their exposure to a failed bank, and this could have undesirable knock-on effects for a country's economy.

According to Britain, Sweden and France, a bank run could be triggered if losses are forced on to depositors, as well as rattling confidence, and they are pushing for greater freedoms in how they decide to take such steps.

Germany's finance minister, Wolfgang Schäuble, said rules should not vary across the EU as this could put some banks at a competitive disadvantage. He blamed conflicting interests and the issue's complexity for the deal not being reached.

Irish Finance Minister Michael Noonan said the group will meet again on Wednesday to try to finalize an agreement before an EU leaders summit on Thursday and Friday.

"I think we can reach a deal if we take a few more days," said Michel Barnier, the European commissioner in charge of regulation. "We are not far off now from a political agreemeent."