EU delays further sanctions against Russia | Europe | News and current affairs from around the continent | DW | 09.02.2015

EU foreign ministers are delaying imposing new sanctions on Russia in order to give a planned peace summit on the Ukraine crisis a chance. But that doesn't mean sanctions won't go ahead. Bernd Riegert from Brussels. 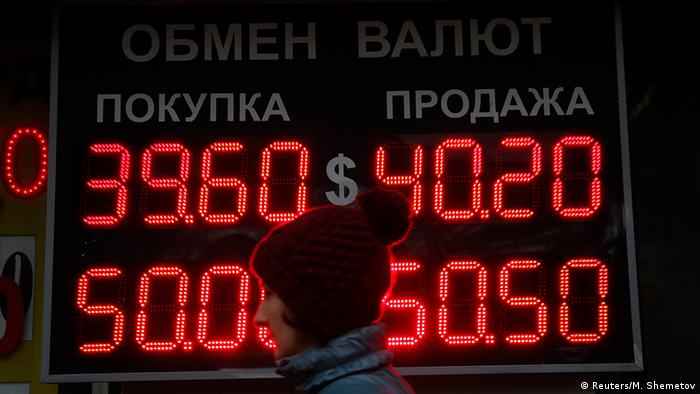 The EU's foreign ministers will be watching closely to see what happens on Wednesday, when the leaders of Russia, Ukraine, France, and Germany are set to meet in Belarus. Until then, they want to avoid doing anything that could jeopardize the success of the summit, which will focus on finding a peaceful solution to the conflict in Eastern Ukraine.

The list of extended targeted sanctions against Russia is on the table, but will first be dealt with on Thursday when EU heads of state meet in Brussels. The foreign ministers agreed to adopt the measure to apply sanctions to other parties, but they're not acting on it yet, French Foreign Minister Laurent Fabius reported following the meeting.

The EU has accused Russia of arming pro-Russian separatists in Ukraine with weapons and soldiers. Last year, the EU imposed economic sanctions on Russia, and banned numerous individuals and companies from conducting business in the EU. According to Spanish Foreign Minister Jose Manuel Garcia-Margallo, the sanctions cost the EU around 21 billion euros last year.

Spain in particular is suffering under the ban preventing Russia from importing produce as well as the lack of Russian tourists. Spain is therefore not keen to increase sanctions on Russia, as Russia always responds in kind. Italy and Austria are among the other states that are skeptical on the issue of tougher sanctions.

British Foreign Secretary Philip Hammond, on the other hand, has argued that it would be wrong to let up on Russia. The UK, as well as the United States, has been a vocal advocate for tougher sanctions. Lithuanian Foreign Minister Linas Linkevicius agrees. At the meeting in Brussels, he said that sanctions should continue to be prepared, ready to be imposed at short notice:

"This work should continue," he said. "The EU Commission should have things ready so that further sanctions can be imposed when the time is right. The decision needs to come at the right time, not too late. Sometimes, they've been too late."

No unanimity on arms supply 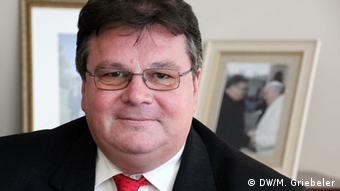 Linas Linkevicius says Russia is not to be trusted

It's not just the issue of sanctions that is causing growing division in the EU, but also the question of whether or not to supply weapons to the Ukrainian army. The majority of EU foreign ministers have ruled out their nation's participation in arms deliveries. But Linkevicius said he would welcome a decision by the US to supply Ukraine with weapons.

"Whether we support it or not, that will be decided by the US. But I would say that it's a logical step," he said. Estonia, Latvia, and Poland also have no objections to arms supplies, although the official diplomatic stance is that each nation has to decide for itself. As an organization, the EU - like NATO - has neither the means nor the ability to deliver weapons.

Linas Linkevicius said that Russia, on the other hand, has been steadily supplying pro-Russian rebels in Eastern Ukraine with weapons, something that the Organization for Security and Cooperation in Europe (OSCE) recently confirmed. "The other side doesn't even think about it anymore, they've decided. They are supplying high-quality weapons, even though that's cynical given the ongoing negotiations. We should really be helping Ukraine, not just financially and politically, but also militarily. We're not sending any troops. That's not being discussed. But we should at least give them weapons to defend themselves," he said. 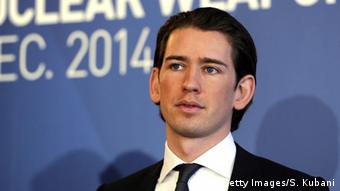 The German government disagrees. During the Munich Security Conference this past weekend, Chancellor Angela Merkel, Foreign Minister Frank-Walter Steinmeier, and Defense Minister Ursula von der Leyen all rejected sending weapons into the conflict zone. Austrian Foreign Minister Sebastian Kurz summarized the majority opinion among his counterparts in Brussels, saying: "In my view, it must be clear that sending arms is not the answer, no matter how the talks on Wednesday end. Sending more weapons to the region is like pouring oil on the fire. It would lead to further escalation, certainly not a de-escalation."

A decision on the issue by US President Barack Obama is expected shortly. Conservative Republicans in Washington have argued vehemently in favor of supplying the Ukrainian army with defensive weapons such as anti-tank missiles or intelligence drones.

"You can't take Russia by its word"

Most EU foreign ministers hope that the four-way summit in Minsk on Wednesday will at least result in a ceasefire agreement for Eastern Ukraine. But according to German Foreign Minister Steinmeier, nothing can be taken for granted at the moment. It is not even certain that the meeting of the four heads of state will even take place, he said.

"We're working hard to make it happen," Steinmeier said. Even if a new agreement should result from the meeting, Lithuania's Linkevicius, for one, is skeptical. "We expect a diplomatic solution. Nobody wants a war. But we can only base our judgment on what's happening on the ground. And at the moment, we can't trust what the Russian leadership is saying. Their words are worthless until there is evidence on the ground."

The escalating crisis in Ukraine has served as something of a stress test for transatlantic unity. It was evident again on the last day of the Munich Security Conference that there are big divisions among Western powers. (08.02.2015)

As diplomatic efforts continue to end the conflict in Ukraine, German analyst Michael Brzoska warns that conflicts are inching closer to the West. (09.02.2015)

Four out of five Russians regard the United States negatively and over two thirds dislike the EU, according to a new poll. The Moscow-based Levada Center says resentment has jumped in the past twelve months. (09.02.2015)