European defense ministers have agreed to increase cross-border cooperation, to ease the impact of austerity measures on military capabilities. Germany and Sweden have drawn up a plan to make that more likely. 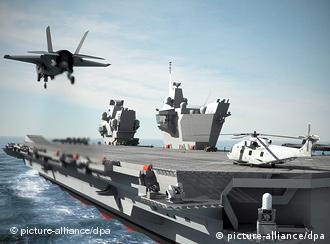 Britain and France already have a plan to share hardware

EU defense ministers have agreed to more cooperation between nations, in a bid to reduce the impact of military budget cuts being imposed across the continent.

Ministers at the European Council defense meeting on Thursday also gave their backing to a German and Swedish plan to analyze areas where more collaboration would be possible.

"The council called on member states to seize all opportunities to cooperate in the area of capability development," a statement said. 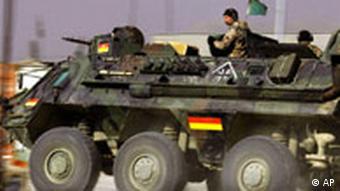 "It particularly stressed the need to develop pooling and sharing options."

An agreement to establish a European Air Transport Command, reached in September, was cited as a model by the council.

While ministers called on the European Defense Agency (EDA) to intensify its work in identifying such areas, a proposed 3.8 million euro ($5 million) increase in the organization's budget was blocked by Britain.

"What matters is that we focus on the need to develop capabilities, not institutions," British Minister for International Security Strategy Gerald Howarth told the meeting. 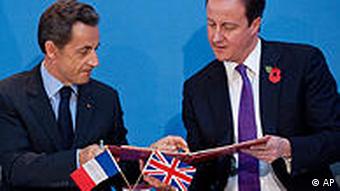 The deal between France and Britain could just be the start

"When we are having to cut capabilities and reduce service personnel at home, it is important that we can take similarly tough decisions at the European level."

Howarth cited last month's deal on military cooperation between Britain and France - Europe's biggest spenders on defense - as an example of how forces could be made more effective. Under the terms of that agreement, military hardware will be shared between the two countries, along with nuclear missile research centers.

French Defense Minister Alain Juppe said France had supported a budget increase for the EDA, but added that he understood Britain's position at a time of widespread austerity.

The proposals by Germany and non-NATO member Sweden to begin a wider process of cooperation were outlined by ahead of the meeting by German Defense Minister Karl-Theodor zu Guttenberg.

"The basis of our considerations is that every EU member state assesses which areas can be covered nationally in the future," Guttenberg said in a commentary for the German daily newspaper Frankfurter Allgemeine Zeitung on Thursday. 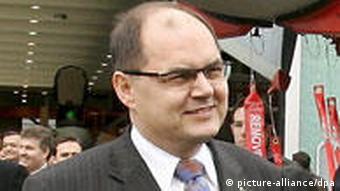 Schmidt said arrangements would have to be reliable

"In all other areas, the possibility of stepping up cooperation can then be explored on a European level jointly with our partners," he added.

Questions to be posed

German Deputy Defense Minister Christian Schmidt explained that a series of questions would first need to be asked.

"We have to look at this quite calmly and soberly," said Schmidt. "What do we need? What can we do? How do we come together in agreement on it?"

"We first have to get through this phase. Then we have to look at whether whoever we work with is capable of cooperating in a reliable way."

The Quiet March Toward a Common European Army

Germany's foreign minister has called on the EU to step up efforts to create a common defense force, a European army. In today's world, many believe, an EU military force can tackle problems national armies cannot. (08.05.2008)

EU defense ministers have kicked off a two-day meeting in France. The French would like to see member states overhaul the way they cooperate militarily. But is anyone lining up to salute? (01.10.2008)