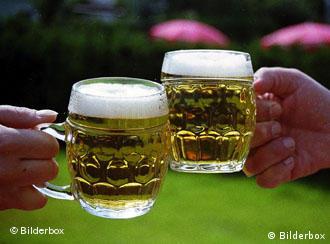 The case, brought by Czech brewer Budejovicky Budvar NP, had requested that the court overturn rival Anheuser-Busch's EU trademarks for Budweiser Beer, Bud and AB Genuine Budweiser King of Beers for products other than beer, arguing that they infringe on Budvar's right under French law to the term Budweiser.

But the Court of First Instance upheld the American company's right to use the names on merchandise.

Budvar had said that under French law, an appellation of origin could not be used for any product or service which would weaken its reputation. 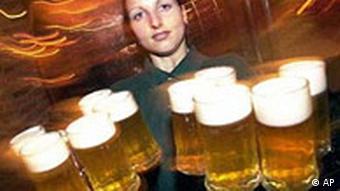 Beer might be nice at the bar, but it's a business, too

St. Louis, Missouri-based Anheuser-Busch, the largest US brewer, applied for the trademarks in 1996 at the Office for Harmonization in the Internal Market, which is responsible for EU-wide trademarks.

The US company and the Czech Budvar have taken legal action against each other in national courts across Europe.

Anheuser-Busch won the registration for several words related to Budweiser, which it has used for products as stationery, cleaning supplies and clothing.

Budvar said that the court ruling would have no impact on its business.

"Today's decisions are not substantial from the point of view of Budejovicky Budvar's beer sales and do not threaten its current business activities in EU countries," the company said.

In May, a Europe-wide grouping of beer lovers called on Czechs to lobby their government not to privatize Budejovicky Budvar -- the country's third largest brewery. 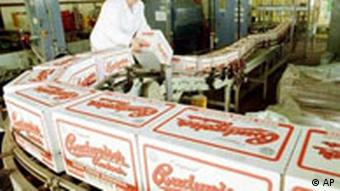 Production line in the Budvar brewery in the Czech Republic

"Czech citizens should petition their government to ensure that Budvar remains a state asset and stays that way for the next century," the president of the European Beer Consumers Union (EBCU), Terry Lock, said in Prague.

The center-right Czech government announced the first step towards privatizing Budvar at the beginning of April when the agriculture minister announced that the brewery would be transformed into a shareholder company.

Anheuser-Busch is tipped to be a frontrunner to buy the last major Czech brewery not yet snapped up by a global drinks company. To the EBCU, brewing multinationals like Anheuser-Busch and Belgium's InBev represent a threat to traditionally-brewed quality beer.

"There are people who brew beer and people who sell beer. That is the essential difference," the head of the Swiss beer lovers' association, ABO, Laurent Mousson, told Reuters.

A combination of record sunshine, heat and the World Cup had beer thirst in Germany skyrocketing. Now, the Beck's brewery is scrambling to meet its orders as a result. (01.08.2006)