The proposed banking union is one of the EU’s most important projects. But many experts remain critical, pointing to a number of sticky problems. Chief among them: should Europeans collectivize bad bank behavior? 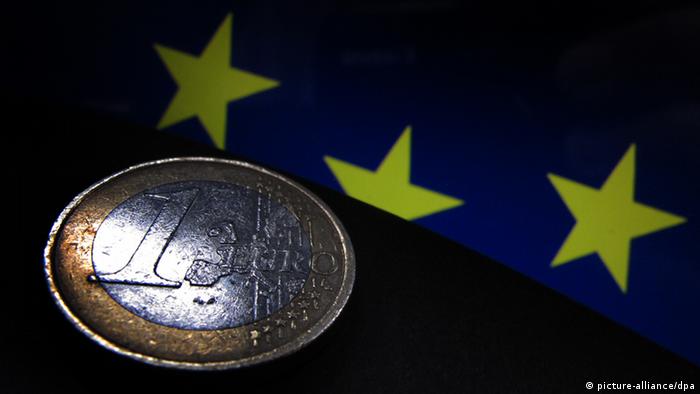 The proposed banking union is one of the EU's most important projects. But many experts remain critical, pointing to a number of problems that continue to block the way.

The history of the European Union banking union can be told quickly. It consists of three pillars, the first of which is banking supervision. The European Central Bank (ECB) is slated to begin with this supervision in November.

The second pillar - bank settlement - will follow in two years, with a development fund to be established 2025. Because these two pillars are still disputed, the start of the banking union could be delayed by months, if not years.

Discussions about the banking union, which aims to strengthen the euro, are split along two lines of conflict. On the one hand, eurozone countries and European institutions continue to butt heads over control. The European Commission wants to transfer banking supervision to the European Central Bank (ECB); eurozone governments, meanwhile, are pushing for the ECB to supervise only the biggest banks, allowing regulators to continue to play an important role. 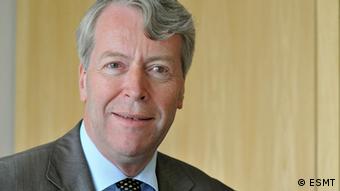 Some national regulators have done everything possible to cover up skeletons in the closets of certain banks - and for good reason, says Martin Hellwig, who directs the Max-Planck Institute for Collective Goods. Counterintuitively, weak banks can provide domestic benefits.

For those who may have forgotten, between December 2011 and February 2012, the ECB awarded one billion euros in loans ($1.39 billion) with an extremely low interest rate. "Many weak banks borrow money from the ECB and lend it to their own government," Hellwig told DW. In his view, the banking union is an attempt to reduce or even usurp the national sovereignty of eurozone members on banking issues

If the ECB determines that there are too many skeletons - and that the corresponding banks need to be closed - the settlement mechanism will come into action. This is another point of contention between the European Commission and member states: While the Commission would like to have the final word, national governments also want to have a say.

To compromise would mean everyone wanting to be involved in decisions and the process dragging on.

The second line of conflict runs between the creditor and debtor countries. "The stability-oriented countries are holding back, while the indebted countries want the banking union to happen fast, because it's a liability community," economist Joachim Starbatty told DW.

Germany only grudgingly agreed to the banking union project in June 2012, and since then, it has repeatedly demanded thoroughness over speed. The government worries that German and European taxpayers will be ultimately liable for the debts of ailing banks, while debt-burdened countries will have fewer problems. For their part, taxpayers would like to saddle the entire community with bank debts. The final word on this issue has yet to be spoken. The so-called "liability cascade" pushed by German Finance Minister Wolfgang Schäuble is also under threat of collapsing. Under the scheme, shareholders and savers would be liable first and taxpayers only at the end. But taxpayers aren't really protected under it - the amount of cash in the settlement fund is too low. According to the current agreement, banks must pay a combined 55 billion euros into the fund by 2025.

According to calculation of the anti-globalization group Attac, Ireland alone was awarded nearly 90 billion euros in emergency loans to banks. The bailout resulted in the former Celtic Tiger amassing a budget deficit of 32 percent of its economic output and being forced into the euro rescue program the same year.

Those developments fueled the debate about establishing a banking union to break out of the vicious banking and sovereign debt crisis. But economist Starbatty is convinced the banking union won't succeed.

"The risks will be collectivized," he said. “With that move, government and bank debts will be thrown into the same pot. What we will have, then, is a large liability community, and no longer a need to link the risks to the individual decisions.”

Put another way: banks that are too big to fail can be rescued in the future not only by their own government but also by European taxpayers. That scenario offers banks little incentive to look more closely at risks.

For all the business acumen of European policymakers in their work on the banking union, one key question remains: Who bears the costs for solving the current banking crisis when the banking union is only conceived for future crises? Italy's central bank estimated the volume of non-performing loans on the books of the country's banks to be around 150 billion euros by the end of 2013. The eurozone is estimated to have non-performing loans of about one trillion euros.

Ireland has become the first of the eurozone bailout countries to complete its rescue program. The country has decided to do without a precautionary line of credit from its EU partners. (16.12.2013)