The EU agreed to a breakthrough deal to back Russia's entry to the World Trade Organisation at a summit Tuesday. Russia now appears to be on its way to membership, despite the longest running negotiations in history. 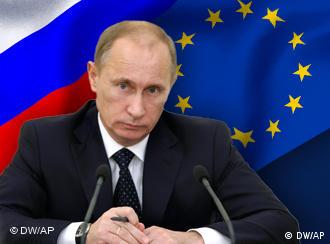 The EU and Russia hold summits twice each year

"Our difficult bilateral issues are resolved. We signed a memorandum of understanding to this end today," Barroso said at the Brussels summit. As part of the agreement, Russia has pledged to lower export duties on timber and Asian freight that travels to Europe via Russian railways.

The road to WTO membership is usually long and paved with obstacles - but Russia's ongoing 17-year journey is a world record. The nation with a 90 billion euro ($1.2 trillion) economy is the largest outside the WTO. 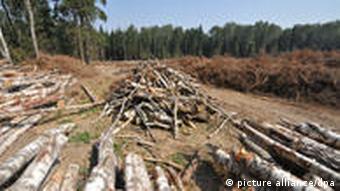 Frustrated Russian politicians blame politically-motivated delay tactics employed by the US and the EU, while trade diplomats in Geneva fault Russia for failing to understand the rules of the organization.

The key to speeding up the process now lies in Moscow, according to WTO spokesman Keith Rockwell.

"The pace of accession is in almost every instance driven by the capital of the country that is acceding," Rockwell said. In many instances the reforms that are required to join the WTO are politically difficult - which is certainly the case in Russia, he added.

"There are sectors of the Russian economy that find the process of joining the WTO very difficult."

Making nice with the neighbors

Moscow must now get approval from the other members of the WTO, a process that includes entering talks with any of the 153 WTO members that wish to negotiate.

On Monday, Russian President Dmitri Medvedev made the first state visit by a Kremlin leader to Poland in nine years, and secured Poland's support for Russia's WTO accession. But not all bilateral talks have been constructive. Georgia, Russia's neighbor to the south, has been a WTO member for ten years, and has blocked the Russian accession process since the armed conflict in the summer of 2008. Ukraine, too, still has not given a green light. 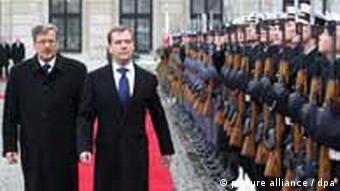 A veto, however, is unlikely, says Alexander Rahr, a Russia expert at the German Council on Foreign Relations.

"In my opinion, in doing so, Georgia would harm itself, given the fact that the EU and the US both want Russia in the WTO and not out of it. Such a move by the Georgians would jeopardize the agenda which the West has set up with Russia," Rahr told Deutche Welle.

Exporting nations such as Germany would benefit from easier market access, says WTO spokesman Rockwell, adding that membership for Russia would provide German exporters, as well as their Japanese and American counterparts, with "a certain sense of predictability" when they enter into business transactions in that country.

"That makes the country a more attractive place for doing business," said Rockwell. 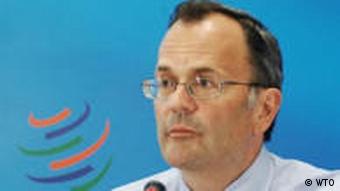 In the past, Russia has been less than committed to the process of joining the WTO. In June 2009, Prime Minister Vladimir Putin declared out of the blue that Russia was withdrawing its application for accession to the WTO. Instead, his country would join the World Trade Organization as a customs union, together with Kazakhstan and Belarus. In 2007, in his capacity as president, Putin lost patience with Geneva's trade diplomacy, labeling the WTO as "archaic, undemocratic and inflexible."

But the WTO won't hold a grudge, said Keith Rockwell.

"We are very thick-skinned in the WTO," the spokesman said, adding Mr. Putin would be welcome for a visit any time. "We would be very happy to see him here."

Germany’s Environment Minister Norbert Roettgen says nuclear waste from a former East German reactor will not be transported to Russia. He said conditions for the safe processing of the fuel were not in place. (06.12.2010)