EU aid program that feeds millions hinges on ministers′ vote | Europe| News and current affairs from around the continent | DW | 19.10.2011

The EU will decide this week whether to cut funding for a program that has helped feed the continent’s poorest citizens for the last 25 years. As the economic downturn drags on, more people have begun asking for help. 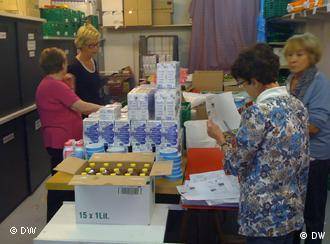 Offices like this one help some of Europe's least fortunate

About 70 families show up every week to a food distribution center in the west of Paris. They receive staples like pasta, milk, meat and canned goods. Fatima Belhassi, who immigrated to France from Morocco 20 years ago, comes here once a month. Due to rising energy bills and a divorce, she says she can no longer feed her three children on a cleaning woman's salary. 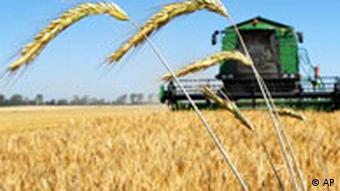 "We get even more than food here," Belhassi said. "They help you mentally, they help with paper work, and they give you a lot of support."

As Belhassi's three-year-old daughter Mona picks out a book from the center's library, the line outside the front door grows longer. Volunteers hand out canned goods and others foodstuffs from shelves where the boxes are marked 'European Community.'

French food charities get about a third of their supplies from the EU. The percentage is as high as 90 percent in other countries like Poland.

"Every year in European agriculture there is a certain amount of surplus," says Maurice Lony, President of the French Food Bank Association. "So the European Union decided to give it to charity organizations."

But Lony says the surplus isn't as plentiful as it once was due to increased efficiency in EU farming. Increasingly, the EU has been purchasing food to keep the 650 million dollar a year program running, and some countries like Germany say that doesn't make sense. 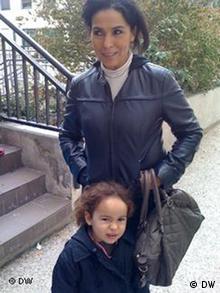 Fatima and Mona are among those at risk

Proponents say simply the legal status has to be changed to keep the food banks open. The 27 EU agriculture ministers will meet this week to decide on the program's fate, but it isn't looking good. Julien Laupretre is with the Secours Populaire Francais, one of Europe's biggest aid groups.

"If the decision is made to discontinue this program, people may not starve, but there will be millions threatened by malnutrition," said Julien Laupretre of Secours Populaire Francais, one of Europe's biggest aid groups. "Thirteen million people across the continent depend on this aid and canceling it would be a disaster."

Food banks like the one in Paris have long served single mothers and immigrants, but now the elderly and working poor are joining their ranks. Marc Antoine Vadelorge, a 24-year-old from Normandy, is one of the new faces brought in by the crisis.

Vadelorge left his family's fish business to come to Paris to look for work in restaurants. He says he never imagined he would end up having to use a food bank.

Aid money doesn't always make it to those who need it - but new initiatives to establish standards hope to stop up the leaks. (07.10.2011)

Poverty among the German elderly on the rise

Old-age poverty already affects over 7 million people in Germany. Experts are warning that the number of elderly people living below the poverty line will increase. Social organizations are demanding action. (20.05.2011)

Portuguese turn to food banks in time of crisis

Portugal is being forced to make spending cuts in order to reduce the national deficit, and very few remain unaffected. Even some middle class citizens, such as doctors and lawyers, are having to ask for help to get by. (26.12.2010)