As of 2024, all smartphone and tablets sold in the bloc will have to be compatible with a USB Type-C port. Tech giant Apple had opposed the measure. 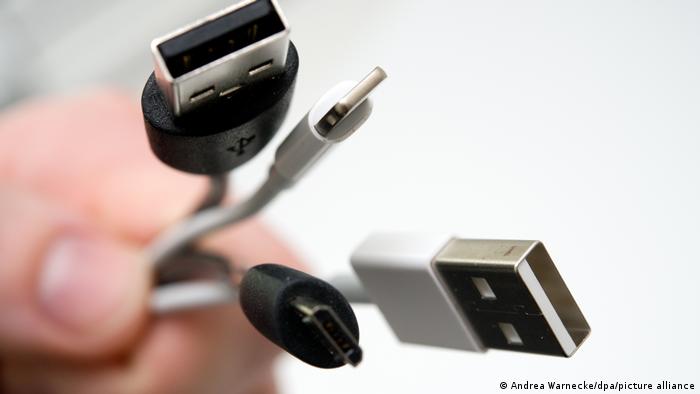 A voluntary measure in 2009 drastically reduced the different types of chargers, but several still remained

Nearly a decade after the measure was first floated, EU member states agreed on Tuesday to the text of a law that will impose one standard charger for smartphones and tablets sold within the bloc.

"This new law will make the lives of European consumers easier and will be better for the environment," said Bulgarian MEP Andrey Kovatchev, one of the negotiators.

"It is time to put an end to the piles of cables hat we all have in our drawers and save about 11,000 tons of electronic waste per year," he added.

The law stipulates that all devices must be compatible with a USB Type-C charging port by late 2024.

Apple against the measure

The move is a major blow to tech giant Apple, which has refused to abide by a voluntary bid by the EU to reduce the number of chargers on the market that begun in 2009.

Apple, which uses its "Lightning" charger for most mobile devices, contested the law as unnecessary.

The agreement is a world first and came after companies failed to agree on a common solution.

What makes your smartphone smart?