The energy ministers of the EU have agreed to limit the use of food-based biofuels to seven percent. While environmentalists say it is not enough, advanced biofuels manufacturers say they need more incentives. 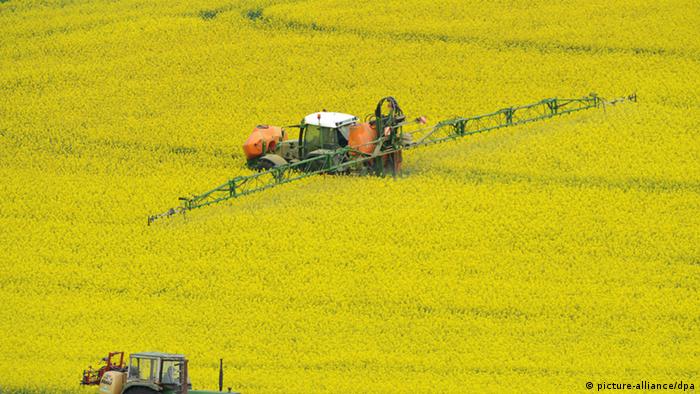 Responding to criticism that biofuels made from food crops do more environmental harm than good, EU energy ministers agreed to a deal on Friday that foresees a 7 percent ceiling on their use in transport fuel.

The deal must now be approved by the newly-elected European Parliament. The agreement overcomes a stalemate hit late last year when the EU governments failed to agree on a proposed 5 percent cap on the use of biofuels based on crops such as maize or rapeseed.

While food-based bio-refiners, who have invested on the basis of the original 10 percent target, say a lower limit threatens jobs, those trying to develop advanced biofuels say the progress they are making is under threat.

"We think this proposal is much better than nothing," European Energy Commissioner Guenther Oettinger told the Luxembourg meeting of ministers.

"We need to support research and development in advanced biofuels so we can move forward from generation one into generation two and generation three," he added, referring to more sophisticated biofuels which do not compete with growing crops for food.

The pact includes a 0.5 percent non-binding target for next-generation biofuels, but environment campaigners say it is nowhere near enough to make a difference.

However, research has shown that making fuel out of crops such as maize displaces other food crops, forces the clearing of valuable habitats, and can inflate food prices.

Although the next generation of advanced biofuels, made from waste or algae for instance, does not raise the same problems, they require more investment.

"Today's deal on biofuels is a brazen assault on common sense. In a starving world, phasing out the use of food for fuel is the only sensible thing to do," Marc-Olivier Herman, Oxfam's biofuels expert, said regarding today's EU decision.

"If the proposal adopted by European Ministers today were to go unchanged, European taxpayers will continue to foot a multibillion bill for a policy that fuels hunger, land grabs and deforestation, while actually exacerbating climate change," he added.